Joe Biteme, properly styled His Fraudulency, continues to infest the White House, we haven’t heard much from the person who should have been declared the victor, and hopium is still being dispensed even as our military appears to have joined the political establishment in knuckling under to the fraud.

One can hope that all is not as it seems.

I’d love to feast on that crow.

Part 1 was last week. I intended to do Part 2 this week, but both of my drafts are an utter mess. I’m going to keep plugging away at it, though, so hopefully next week.

Justice Must Be Done.

The prior election must be acknowledged as fraudulent, and steps must be taken to prosecute the fraudsters and restore integrity to the system.

Nothing else matters at this point. Talking about trying again in 2022 or 2024 is hopeless otherwise. Which is not to say one must never talk about this, but rather that one must account for this in ones planning; if fixing the fraud is not part of the plan, you have no plan.

1. No food fights
2. No running with scissors.
3. If you bring snacks, bring enough for everyone.
4. Zeroth rule of gun safety: Don’t let the government get your guns.
5. Rule one of gun safety: The gun is always loaded.
5a. If you actually want the gun to be loaded, like because you’re checking out a bump in the night, then it’s empty.
6. Rule two of gun safety: Never point the gun at anything you’re not willing to destroy.
7. Rule three: Keep your finger off the trigger until ready to fire.
8. Rule the fourth: Be sure of your target and what is behind it.

This week, 3PM Mountain Time, markets have closed for the weekend.

(Be advised that if you want to go buy some gold, you will have to pay at least $200 over these spot prices. They represent “paper” gold, not “physical” gold, a lump you can hold in your hand. Incidentally, if you do have a lump of some size, doesn’t it give you a nice warm feeling to heft it?)

Of these, palladium continues its steady climb. In fact, on Thursday it had closed at $3012, above three thousand dollars for at least the second time in the last week.

I did, long, long ago, buy some palladium, not a huge amount. (But I can drop it on my foot. I won’t hurt if I do so, because, like I said, not a huge amount.) I even told the guy I was buying it because it had gone over 900 bucks earlier (which at the time was higher than gold had ever been), maybe it would do so again. He scoffed, and explained that was due to a temporary supply interruption from Russia, unlikely to ever happen again. But now, it’s worth well over ten times what I paid for it. In fairness, I had to hold onto it for over 20 years for it to finally do what I wanted it to do, so this isn’t the short of thing that is a “short term” play.

I knew someone who, about the same time, wanted to find a way to get into rhodium, but back then there was no such thing as a rhodium one ounce bar. I don’t know if he managed to find a way to do it, but if he did, he has done very, very well, even if it took a couple of decades for it to finally move.

China is Lower than Whale Shit

China is in the White House

Since Wednesday, January 20 at Noon EST, the bought-and-paid for His Fraudulency Joseph Biden has been in the White House. It’s as good as having China in the Oval Office.

But of course the much more important thing to realize:

The oligarch @RudyGiuliani was warned about was Ihor Kolomoyskyi, who owned Privatbank & looted it with the help of Swamp creatures from around the world. https://t.co/AdwTSsS5MK

Has anyone heard "Hail to the Chief" played for Joe?

I have no idea because I haven’t watched one speech or event where he has spoken. 😒

A lot of that going around.

They ought to be playing “To Hail With The Thief”…..

This week surely has been the pay for play moolah time. The antifa and others getting $$ from DC riots. Now these rioters get a clean slate AND I wouldn’t discount a future lawsuit for $. I also think the latest FIB raids were part of Barr’s deal for “book” advance money

Day in and out nothing but evil all around.

I would have to assume that this crew was chosen first by their sexual preference and after, their skill. Sheesh.

Veterans commit suicide every day. Military leadership openly mocks and disdains civilians, telling them they aren't allowed to criticize woke brass. The Pentagon is pushing critical race theory, considering mandatory vaccines. And this is what they want you to be proud of. pic.twitter.com/L21qiBrl0L

molly, the word “History” itself, has now, officially, been co-opted.

In other words, properly taught history is history.

Steve, it do seem so.

Yes!
It’s all so foreign and contrived not to mention idiotic! Can’t wait to be so proud of the Gay Congressional Caucus…lol, you know it will happen.
2 snaps for that 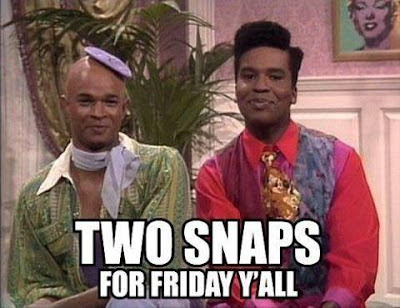 OMG, this tweet led me into a lefty gay / feminist / autistic celebratory pow-wow on Twitter (“military needs to accept autists!”) where the autistic gay guy pulled out the MEGA-SCI proofs on SOYBOYS.

Holy crap. “Science is real” dropped on the fellow libbies and everybody else just STFUed pronto. Hilarious!

Second one is just loaded with links to soy-boy proofs. LOL!

Sometimes it’s just not enough to be gay…they want us to embrace their overt gayness .

Its unprofessional. But thats the point.

It’s not enough for us to tolerate their gayness; we must also embrace and celebrate it.

Not sure what Paul Watson has stumbled upon here but given the trend in devolution among the left this will likely soon be a norm.

Hans, are we the baddies? pic.twitter.com/dKia3da5J4

Bizarro world. How do they get so weird?

Apparently their education left them little with which to voice their discontent. Void of reason they make peculiar chattel. I’m thinking this is how a Furry acts when told it’s time to be political instead of sit up and beg.

There’s gotta be a sort of in-joke reference there, some reason dogs barking is meaningful.

526
0
Would love your thoughts, please comment.x