Joe Biden didn’t win. This is our Real President:

Get your rest, Trumpy Bear! You’re going back to the White House!!!

The Business At Hand

This Stormwatch Monday Open Thread remains open – VERY OPEN – a place for everybody to post whatever they feel they would like to tell the White Hats, and the rest of the MAGA/KAG/KMAG world (with KMAG being a bit of both).

But we are AWAKENING GREATLY!

Boilerplate, more or less, but worth reading again and again, if only for the minor changes, and to stay out of moderation.

The bottom line is Free Speech. Theories and ideas you don’t agree with must be WELCOME here, and you must be part of that welcoming. But you do NOT need to be part of any agreement.

Seriously, this stuff is in the Bible. Just follow the “wise gals”.

She opens her mouth with wisdom, and the teaching of kindness is on her tongue.

We must endeavor to persevere to love our frenemies – even here.

Those who cannot deal with this easy requirement will be forced to jump the hoops of moderation, so that specific comments impugning other posters and violating the minimal rules can be sorted out and tossed in the trash.

In Wheatie’s words, “We’re on the same side here so let’s not engage in friendly fire.”

That includes the life skill of just ignoring certain other posters.

We do have a site – The U Tree – where civility is not a requirement. Interestingly, people don’t really go there much. Nevertheless, if you find yourself in an “argument” that can’t really stay civil, please feel free to “take it to the U Tree”. The U Tree is also a good place to report any technical difficulties, if you’re unable to report them here. Please post your comment there on one of Wolf’s posts, or in reply to one of Wolf’s comments, to make sure he sees it (though it may take a few hours).

We also have a backup site, called The Q Tree as well, which is really The Q Tree 579486807. You might call it “Second Tree”. The URL for that site is https://theqtree579486807.wordpress.com/. If this site (theqtree.com) ever goes down, please reassemble at the Second Tree.

If the Second Tree goes down, please go to The U Tree, or to our Gab Group, which is located at https://gab.com/groups/4178.

We also have some “old rules” and important guidelines, outlined here, in a very early post, on our first New Year’s Day, in 2019. The main point is not to make violent threats against people, which then have to be taken seriously by law enforcement, and which can be used as a PRETEXT by enemies of this site.

In the words of Wheatie, “Let’s not give the odious Internet Censors a reason to shut down this precious haven that Wolf has created for us.”

A Moment of Prayer

Our policy on extreme religious freedom on this site is discussed HERE. Please feel free to pray and praise God anytime and anywhere.

Thus, please pray for our real President, the one who actually won the election.

You may also pray for our enemies, as instructed by YOU KNOW WHO.

For your listening enjoyment, and general encouragement, we continue Wheatie’s tradition of fine music videos, shipped fresh from the seas of information by our intrepid authors.

Time for a DEEP DIVE into a GAS GIANT.

Starting from something still left in my tabs.

Earworm. Can’t quit this one. So “Train”.

…..we move on to an enjoyable acoustic version……

…..with some interesting captioning.

Imagine this song being done by Taylor Swift BEFORE she became fully “woke”.

Yes, only 4 years of Obama-era cultural Marxism had not yet turned her.

Apparently her “arm lyrics” are a thing (that doesn’t leave a permanent scar).

From there, I was led to this enjoyable bit of fluff.

Perfect for a Monday!

Hey, I get it. Why so serious? Sometimes it’s good to just dance!

Have a great week!

Our beloved country is under Occupation by hostile forces, acting though TREASONOUS Democrat Communists.

We can give in to despair…or we can be defiant and fight back in any way that we can.

Because TIME is on our side – and our VOICES WILL BE HEARD.

And we will keep saying Joe Biden didn’t win until we get His Fraudulency out of our White House.

The Mouse That ROARED: Lithuania vs. The CHINAZI EMPIRE

This is actually something that the ChiNazis are desperately afraid of – a SMALL NATION that stands up to them.

Big nations are COWARDS regarding the ChiNazis.

I spent four decades watching the utter COWARDICE of American academia, industry, and government, in their teeth-chattering, self-deluded refusal to deal with ChiNazi theft, subversion, blackmail, military attack on civilians, and every other horror of Chinese communism.

If Lithuania stands against the CHINAZI MENACE, then I stand with them.

FUCK CHINA JOE and his EVIL FRIENDS – COWARDS who LIE about standing up to China – as THEY THEMSELVES become more like China every day.

Paul Hong Kong is the guy you want to follow to get all the stories that the ChiNazis and their friends in Washington try to suppress. He’s on Twitter, and he finds and retweets EVERYTHING about the ChiNazis. You can tell that his stats are WILDLY suppressed.

Paul has a separate website which deals with a truly horrifying subject – the police cover-up of people murdered by the ChiNazis in Hong Kong.

Most of these murders are “solved” by the police as suicides or accidents. The PEOPLE of Hong Kong know that they’re not suicides – they’re REGIME MURDERS – but the police know better than to investigate.

One of the favorite methods of the ChiNazis is apparently to simply throw people out of buildings. Cheaper than bullets and easier to explain.

Do we want this shit coming to America and the rest of the world?

No. The evil CCP must be destroyed.

Wolfie’s Wheatie’s Word of the Day:

Usufruct (/ˈjuːzjuːfrʌkt/)[1] is a limited real right (or in rem right) found in civil-law and mixed jurisdictions that unites the two property interests of usus and fructus:

Usus (use) is the right to use or enjoy a thing possessed, directly and without altering it.
Fructus (fruit, in a figurative sense) is the right to derive profit from a thing possessed: for instance, by selling crops, leasing immovables or annexed movables, taxing for entry, and so on.
A usufruct is either granted in severalty or held in common ownership, as long as the property is not damaged or destroyed. The third civilian property interest is abusus (literally abuse), the right to alienate the thing possessed, either by consuming or destroying it (e.g., for profit), or by transferring it to someone else (e.g., sale, exchange, gift). Someone enjoying all three rights has full ownership.

Used in a sentence:

The remaining legal question delves into arcane jargon of whether the Garden’s lease is a “usufruct,” where the City retains all ownership rights and the tenant thus can’t ban guns, or an “estate for years,” where the Garden has some ownership rights as well and thus can ban guns. (From: Court decision on guns in leased parkland could be bigger than ‘constitutional carry’)

Used in a picture:

Used in a video:

If you do business with the ChiComs – if you even TOUCH Chinese money – you might as well have given everything to the ChiComs, with them leaving you mere usufruct as a form of deceitful cover. The lesson of all those who have lost their businesses to the Chinese is simple – never touch Chinese money. It’s poison. And it’s POISON the moment you start doing business with them – NOT just by the time you figure out that you’ve been SCAMMED.

Have another great week!

In at least one of the above studies, the product is called “Experimental mRNA-1273.”

Yeah, approval of all these poisons was a foregone conclusion.

Very interesting to look at those studies. They were doing DOSE RANGING exactly like what was found in the TOXIC BATCH PHENOMENON.

The doses in the studies reported ranged from 10 micrograms to 250 micrograms – that means up to 25 times as much as the light dose.

They mention only a small number of people in the dosing study, but it looks to me like they tried to do it with lots as well, in production.

The toxic lots may well have been in the 250 microgram region – OR they were making changes to the lipids in the nanoparticles, and this created effective dosage enhancement.

I do believe we caught them dose-ranging in production. Pfizer was more obvious, but I think Moderna just hid it better.

I would not put this past Pfizer’s Wuhan lab, filled with ChiComs. Likewise any of the contractors providing lipid components.

Sorry, will play if you right click it and open in another tab

had to use right click and copy video address then open new tab on my own. your option did not come up for me. (Claus Swab talking about how he has the young like Trudeau working for him)

This is dated the 30th don’t know if it has been posted previously…
(OTTAWA) – Randy Hillier, Member of Provincial Parliament for Lanark-Frontenac-Kingston, is calling upon federal Members of Parliament to compel a motion and vote of non-confidence upon the current federal government under Prime Minister Justin Trudeau.

Under the Windsor system it’s actually easier to remove the head of government. Right now, that’s an advantage over our system.

But while he’s popular, he is not held in check by Parliament, which will be of the same party as he is.

This is the best trucker meme yet.

Anybody have the secret decoder ring for slow guy? Please. 🙂

Dont skip this one.

Kelli Sullivan (@liquidshoe) Tweeted:
If this doesn’t wake you up or hit you in the feels there’s no hope https://t.co/VNdcYxNbWj

If this doesn’t wake you up or hit you in the feels there’s no hope pic.twitter.com/VNdcYxNbWj

I understand that “Let’s Go Brandeau” is a thing…. 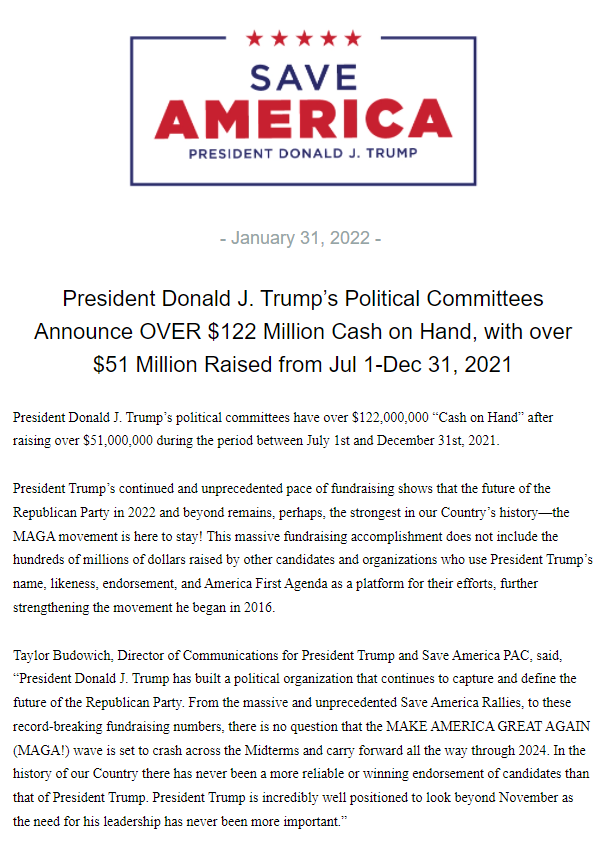 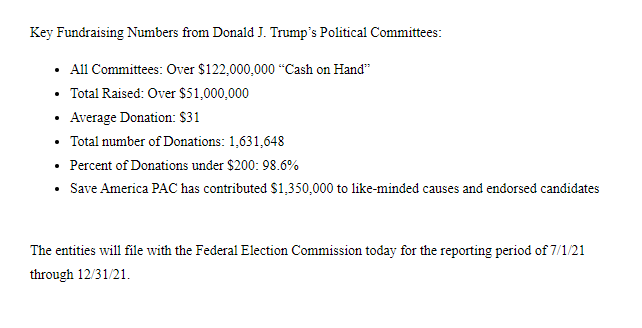 I hope Dems are quaking in their Birkenstocks.

They deserve it!!! CHINAZI PUPPETS!!! 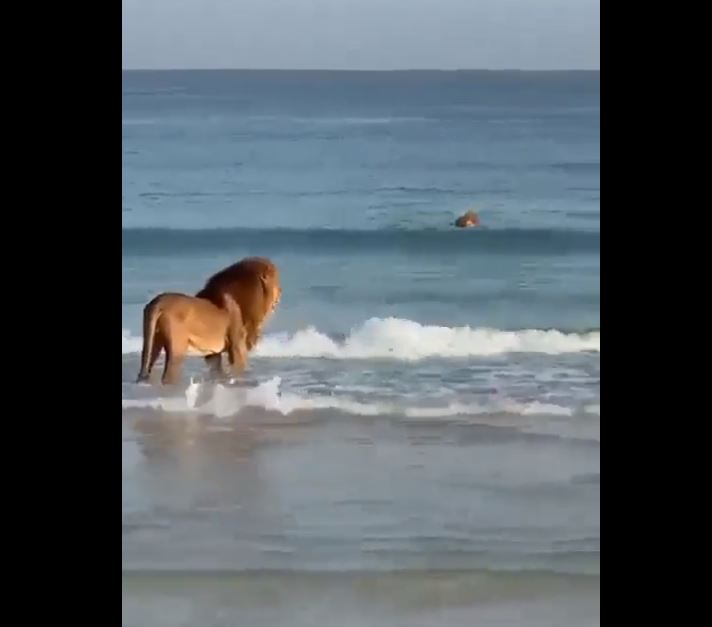 Lions swimming in the ocean:

I didn’t know it either. There’s a man in the water at the beginning. Maybe these are specially trained lions.

There’s at least one pride that has taken to climbing up trees at night.

Bannon tries to throw Rogan a life line. Navarro was having NONE OF IT.

7:30 Starts some of the lighting up Rogan.& the genocide Olympics.

Initially I thought Rogan simply agreed to a “misinformation” banner when some guests are on his show. He could prolly shred it in real time. Nothing lost.

BUT, it appears to me, Rogan HAS CAPITULATED.

MeThinks Rogan regreats his BS apology AND WILL be walking it back for quite awhile.

Is there anybody in there?
Just nod if you can hear me….
Is there anyone at home?

263
0
Would love your thoughts, please comment.x