A great day to celebrate friends – another victory in the war against Fake News!

There’s so much I could say, but it’s better to let the videos speak for themselves.

First, James O’Keefe drops the mic on CNN in a HUGE way…

Then the Tapes start to Drop…

There so much here I won’t even try to unpack it all. The ridiculousness of comparing the presumed Trump-Biden transition to 9/11 is rich, given that all CNN cared about in the Obama-Trump transition was “Russia Russia Russia” and nothing of genuine NATSEC threats!

And James O’Keef on the Right-Wing Mark Levin Show (apparently his first name is “Right-Wing” and not “Mark,” who knew?)

Today we have some more Videos Drop… starting with actual proof of what we already knew, that CNN was carrying the water protecting Hunter Biden…

Next comes this exposure of outrageous comments by Cynthia Hudson…

…and a third recording of Jeff Zucker directly:

None of this is really that revelatory to Qtree readers, other than of course having smoking gun evidence of things we’ve known all along. Howard Beale fans knew this a long time ago:

But for now let’s take a brief victory lap

Remember what this is all about

And of course one last time…

View all posts by michaelh

Can you imagine meeting someone at a bar or a party and they ask you what you do for a living…and you have to tell them that you work for CNN? How do they do it? So embarrassing… 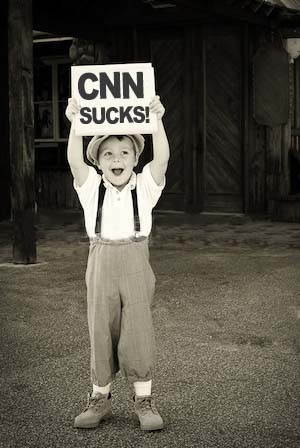 How did CNN react to Jeffrey Epstein’s death?
Fake noose!

Seriously, I look at PvZ and I think a bunch of dweebs didn’t pull this off after every expose. My moneys on them having help from quiet military intelligence types

Pv. Htf did the z get in there?

This gutsy woman is a democrat. Total respect for her

“I signed something that says if I’m wrong I’ll go to prison. Did you?” OMG, love her gutsy response.

Yep. She’s been threatened, her family threatened , doxed by some bitch on the committee-who had one question and asked her full name including maiden name etc. There has to be consideration given for those who are under duress because of fear, not because of dirt that could be exposed

Oops. This rabid dog
Obama warns activists against using the phrase ‘defund the police,’ sparking criticism
During an interview on Wednesday, former President Barack Obama referred to the phrase “defund the police” as a “snappy slogan,” saying: “you lost a big audience the minute you say it, which makes it a lot less likely that you’re actually going to get the changes you want done.” The remarks sparked pushback from the progressive wing of the Democratic Party, and sparked a discussion among activists about the true meaning of the slogan.

Well one of my neighbors kids works in Atlanta at CNN, didn’t say a thing when she told me. Course she’s a flaming, mask wearing liberal who wouldn’t know the truth if it hit her upside the head with a 2×4. Funny thing is her husband is a nice guy retired LEO don’t know how he does it. But then again he has stopped over to get out of the house a few times.

Some marriages have more to hold them together than stuff to tear them apart. Political difference can matter less than love kids etc. bet his vote cancelled hers though

AT&T owns CNN now.
CNN sits there as an unprofitable black hole in their holdings.

CNN has been losing million$ every year…and losing viewers.
Some of their advertisers have turned away from them.
So CNN could not survive on it’s own as a stand-alone company.

There has been some talk of AT&T putting CNN up for sale…but so far, nothing has happened yet — at least not that I’m aware of.

This direct hit on CNN by our intrepid James O’Keefe and his team, will not go unnoticed by the high-ups at AT&T.
I hope AT&T decides to clean it out and fire Zucker & his toadies.

It will be interesting to see what happens.

What they should do, if they were smart [Spoiler: they aren’t.], is fire Zucker and put O’Keefe in as head of CNN.

Hah! That would be a hoot, wouldn’t it.

But, but, it’s Kyle Rittenhouse getting CNN and Nick Sandilands Twitter? Or the other way around?

I can’t imagine anyone is even slightly taken aback by this. Actually, it would surprise me if they WEREN’T talking this way. Hypocrisy and falsehood have always been their trademark. This just demonstrates how far they’re willing to push the envelope.

After the dust settles, there should be no thought, ever, of doing anything but grinding these people under our collective heel. And I don’t just mean the media.

They have no shame. They are true believers and think the public are just ignorant clay for them to mould

Abhorrent, ignorant clay – to be pushed around and ridiculed.

My dad trusts CNN implicitly. Also the PBS News Hour. This is why it’s impossible to discuss politics with him.

Wait till he finds out. His fury will be like a woman scorned

Remember a couple of weeks ago I made that very point in my Saturday post!!

And I pointed out it would be dangerous to gloat.

Yep, you did and a solid point it was, too.

(December 15, 2020 time travelling news flash:) In other news, long time Clinton counselor Doug Band found dead in Ft. Marcy Park with three bullet wounds in the back of the skull. Coroner has ruled the death a suicide, no evidence of foul play.

Tom Clancy often mentioned CNN in his books, featuring them as THE primo, go-to news site. Same with Starbucks as THE place to meet up for coffee.

Also remember in his books the CIA and FBI are the good guys.

He did at least have a partial understanding of how skanky the media is.

40
0
Would love your thoughts, please comment.x