We need a place to keep track of who will be the recipients of our legally protected civil disobedience.

I am not saying how people should protest. Not doing business with these companies is a first step. Beyond that, consult your conscience.

Please add in the comments ANY businesses which require vaccine passports, or who require their employees, students, customers, or anybody else to be vaccinated.

I will keep a LIST up top, alphabetized, of who deserves to have their businesses destroyed.

This list is named in honor of Janet Woodcock, who helped the ChiNazis and Big Pharma addict Americans, before the Holderites turned on their evil partners and shook them down. SHE is the one who approved TWO of the deadliest drugs in FDA history – KNOWINGLY.

I should really call her “OxyContin Janet”, but failure to approve thalidomide (molecule on the left of the header, one of which mirror image forms causes birth defects) was once the FDA’s “point of pride”, and I think it’s a better millstone to hang around her neck. But many would argue that oxycodone (molecule on the right) is an even bigger crime. And if neither of those fits, try China’s favorite poison for Americans – fentanyl. Yes – she approved that one, too, although doctors do love it for surgery, so it’s a bit more legitimate.

In any case, Woodcock’s clearly political approval of the Pfizer DEATH JAB, in an obvious plot to poison America’s entire military on behalf of China, is enough for me to name this list after her.

Thank you for your suggestions!

A search for NY mandates yielded these.
👉 NY City:
NYC to Require Proof of At Least 1 Dose for Indoor Dining

Excellent! You get the first three entries in the list! ﻿😃﻿ 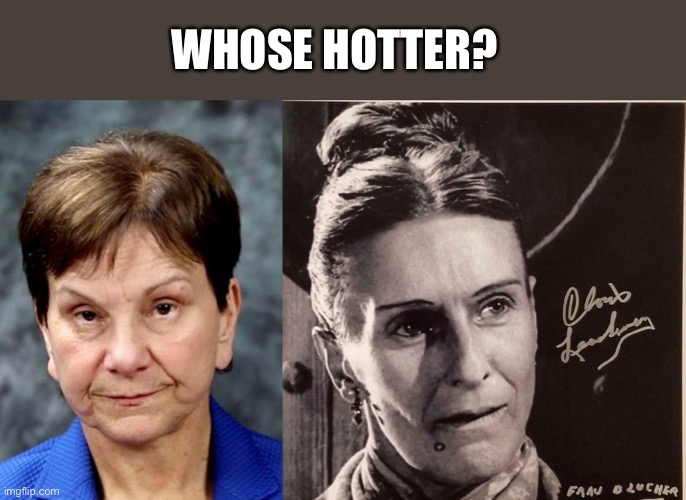 Ya gotta admit……Woodcock would look perfect in a SS Death’s head uniform.

Frau Blucher…had a “you had to be there” moment in Venice with that and “put zee candle BACK.”

.
Meanwhile, American, Delta, and Southwest have all publicly announced their employees will not be required to be vaccinated.

(edit – for now. …..my add to their announcements)

We might be best off hunting down the contact info of CEOs and working our way up the chain of executive secretaries in order to ask them DIRECTLY.

It’s easy enough to say that you are doing research for a consumer group that wants to direct their business towards companies that are allowing their employees to make their own medical decisions.

The ones you have listed – are they known or unknown?

Unknown, I was just creating a set of targets for investigation!

Walmart, Sam’s and Lowes are all part of the same group.

Ford has come out against it that I can see. There was a disastrous attempt to force vaccines in 1976, apparently. The Henry Ford Health Foundation, however, is requiring it.

IDK about the rest, but just withdrawing business isn’t going to be enough. Employees have to walk out.

I like what they did in Moscow – massive rebellion against all businesses by everybody. That really put the fear of YOU KNOW WHO into those bureaucrats. 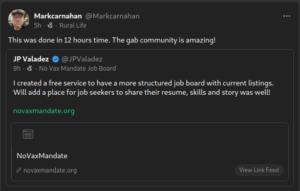 Attachments are shown as thumbnails. Much better shown as inline URLs.

That explains it.
Thanks.

And here’s hoping there are no “outages” today.

* Hopefully the links will appear. The one from Delta is for new hires (from May 2021)

Excellent! I think I have a back-up link here:

Actually, there are a lot of new ones in this link!

Wolfie I posted this site that has the list of ANTIFA & BLM supporting companies to boycott:
https://realityanddenial.wordpress.com/2020/06/09/279-companies-supporting-violent-antifa-black-lives-matter/

I added them all except Delta, which has backed down FOR NOW.

CEO Ed Bastian notified employees Wednesday that they will face $200 monthly increases on their health insurance premiums starting Nov. 1 if they aren’t vaccinated against Covid-19, citing steep costs to cover employees who are hospitalized with the virus.

How about this one on [mandates]

Every one of these guys will make a great soldier.

Delta Airlines employees have a sudden bout of blue flu AND Delta WILL back down.

Saw this on The Burning Platform,

Interesting – leads to Clear Cellular – leads to Freedom Phone, which seems to be pairing with them.

Wait, what? Freedom Phone was the questionable one promoted by Ali Akbar or am I remembering wrong. Looking at Clear’s leadership photos, I have some questions…

Is the ClearPHONE hardware device just a rebranded phone already in the market?

No. ClearPHONE uses a hardware manufacturer who also builds devices for other top brands. However, we have worked with the manufacturer to customize the hardware to fit our needs and also to allow for the tight integration of ClearOS Mobile and it’s ClearGM private network to work together with the phone hardware at the core level of the device.

Warren Buffet-owned Clayton Homes has announced vaccine mandates for all management and every new employee.

Added – and a PERSONAL addition for their SICK NAZI MASTER.

Per an employee of my acquaintance, walmart is NOT mandating the vaccine but rather is offering employees $150 to get it.

Still a bit skeezy but not as bad as “do this or you will be fired.”

Looks like new hires have to have it, unless they backed down:

Walmart corporate associates, managers and new hires are required to get their shot by Oct. 4, President and CEO Doug McMillon told employees in an internal memo obtained by NBC News. “As we all know, the pandemic is not over, and the Delta variant has led to an increase in infection rates across much of the U.S,” he wrote. “Given this, we have made the decision to require all campus office associates and all market, regional and divisional associates who work in multiple facilities to be vaccinated by Oct. 4, unless they have an approved exception.”

Dr. JASON VALENTINE, of Mobile, Alabama’s, Diagnostic and Medical Clinic Infirmary Health, posted a message with photos on his FB account, stating that as of OCTOBER 1, 2021, he WILL NOT TREAT any of his patients who are UNVACCINATED.
From the letter Dr. Valentine sent to his patients:
“Therefore, as of October 1st, 2021, I will no longer see patients that have not been vaccinated against COVID-19. If you wish to keep me as your physician, documentation of your vaccination will suffice. if you wish to choose another physician, we will be happy to transfer your records.”

(So—not only is a physician who swore “Do No Harm” going to refuse to treat people who are unvaccinated—he’s REQUIRING patients who want to stay with him to SHOW HIM their VACCINATION PAPERS.
It’s beginning—DENIAL OF CARE FOR THE UNVAXXED.)

Get Woke, Go Broke: New Orleans Saints Are Selling Tickets for Less than $1 After Team Requires Fans to be Vaccinated or Tested before Games
https://www.thegatewaypundit.com/2021/08/get-woke-go-broke-new-orleans-saints-selling-tickets-less-1-team-requires-fans-vaccinated-tested-games/

The New Orleans Saints are giving away tickets to their game with the Jaguars after implementing their plan to force fans to be vaccinated or provide a negative test prior to the game.

According to Darren Rovell, some tickets on the secondary market are selling for less than $1 before fees.

(just tape over the S)

55
0
Would love your thoughts, please comment.x