Here we go. Hopefully, this is the start of something good.

The Hohokam people occupied the Phoenix area for 2,000 years.[19][20] They created roughly 135 miles (217 kilometers) of irrigation canals, making the desert land arable, and paths of these canals were used for the Arizona Canal, Central Arizona Project Canal, and the Hayden-Rhodes Aqueduct. They also carried out extensive trade with the nearby Ancient Puebloans, Mogollon, and Sinagua, as well as with the more distant Mesoamerican civilizations.[21] It is believed periods of drought and severe floods between 1300 and 1450 led to the Hohokam civilization’s abandonment of the area.[22]

After the departure of the Hohokam, groups of Akimel O’odham (commonly known as Pima), Tohono O’odham, and Maricopa tribes began to use the area, as well as segments of the Yavapai and Apache.[23] The O’odham were offshoots of the Sobaipuri tribe, who in turn were thought to be the descendants of the Hohokam.[24][25][26]

The Akimel O’odham were the major group in the area. They lived in small villages with well-defined irrigation systems that spread over the Gila River Valley, from Florence in the east to the Estrellas in the west. Their crops included corn, beans, and squash for food as well as cotton and tobacco. They banded with the Maricopa for protection against incursions by the Yuma and Apache tribes.[27] The Maricopa are part of the larger Yuma people; however, they migrated east from the lower Colorado and Gila Rivers in the early 1800s, when they began to be enemies with other Yuma tribes, settling among the existing communities of the Akimel O’odham.[28][29][23]

The Tohono O’odham also lived in the region, but largely to the south and all the way to the Mexican border.[30] The O’odham lived in small settlements as seasonal farmers who took advantage of the rains, rather than the large-scale irrigation of the Akimel. They grew crops such as sweet corn, tapery beans, squash, lentils, sugar cane, and melons, as well as taking advantage of native plants such as saguaro fruits, cholla buds, mesquite tree beans, and mesquite candy (sap from the mesquite tree). They also hunted local game such as deer, rabbit, and javelina for meat.[31][32]

The Mexican–American War ended in 1848, Mexico ceded its northern zone to the United States, and the region’s residents became U.S. citizens. The Phoenix area became part of the New Mexico Territory.[33] In 1863, the mining town of Wickenburg was the first to be established in Maricopa County, to the northwest of Phoenix. Maricopa County had not been incorporated; the land was within Yavapai County, which included the major town of Prescott to the north of Wickenburg.

The Army created Fort McDowell on the Verde River in 1865 to forestall Indian uprisings.[34] The fort established a camp on the south side of the Salt River by 1866, which was the first settlement in the valley after the decline of the Hohokam. Other nearby settlements later merged to become the city of Tempe.[35

Additional links for coverage will be added as they come available if YouTube doesn’t take them down as a precaution against the truth getting out.

For “some reason” the YouTube embed is not working. COUGH.

“We will press forward. We will have victory after victory.” 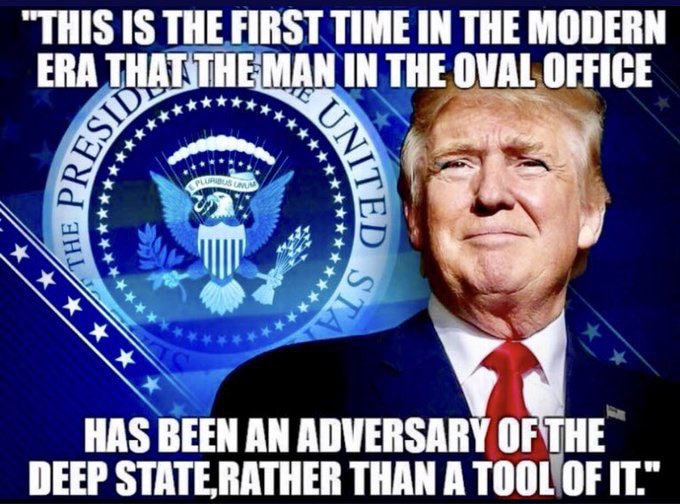 I hate to argue, but JFK and Reagan were in that category. Nixon was thrown under the bus and switched sides once out of office.

It’s not all cut and dried.

“We have massive majorities and are much stronger than they are.”

I hope this is true.

We just need the signal, the directions from point A, to B, and forward . . . Because as it stands there is no one to enforce anything. At all.

Some simple things peeps can do to help this wonderful man
that we are standing behind, instead of in front of…

Speak truth to family and friends, even spouses… we are losing our Country to communism, and peeps are afraid to ruffle feathers, disagree with their spouse. Pathetic.

Stop wearing a mask! PAST time to do that.

Send SNAIL letters to Congress… let them know you exist and they are history!

Visit your State capitols and meet with legislators. Let them know you love our Country and do not support a fraudulent president/administration.

Write your State AG and your US ATTYs… send same message … bring back the LAW.

Talk to strangers when opportunity presents… express your views… you’ll be surprised that MOST agree with you.

And pray. But God gave us free will. Never forget that. Don’t sit on your butt and then expect God to clean up the mess.

Send a note to this awesome warrior Donald J. Trump… tell him you are working for our Country.

Huge clapping from my wife!!!

She is a big clapper! Hug her for me!

The announcer is saying this is one of the most aggressive speeches PDJT has given — saying things very directly.

“Everyone knows they got caught cheating – and that’s a FACT!” the announcer said …

I found it interesting that he thinks Barr just got scared to make the call. And that Kavanaugh is being scared by Dems and the media. WOW.

I thought that was very diplomatic re: Barr, but it’s really a major slap that someone could be scared off like that. As for Kavanaugh, I felt PDJT was letting everyone know, including Kavanaugh, that we see what the Left is doing. I thought it was a way to put him on notice. 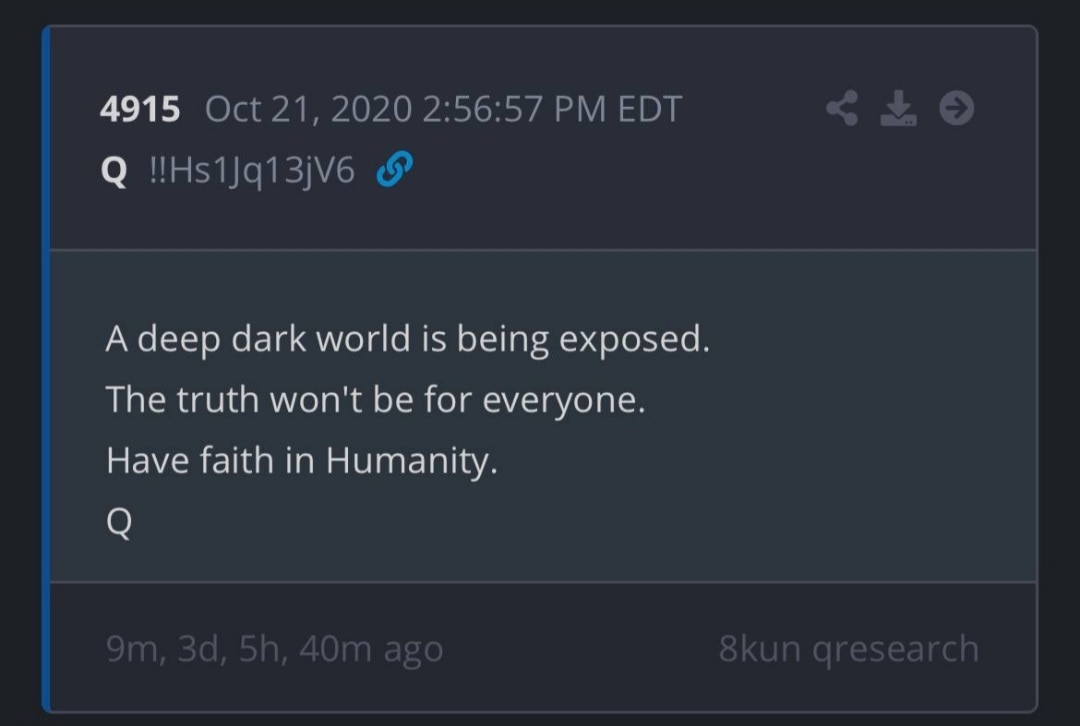 Thank you TIM… my faith in humanity is in much need of a boost!

Juanita Broaddrick (@atensnut) Tweeted:
There is absolutely no doubt…. President Trump won in a massive landslide. No Doubt.

There is absolutely no doubt…. President Trump won in a massive landslide. No Doubt.

De Pat for providing the THREAD and along with Wolfie, and Wheatie and These Truths and TIM and others, giving us a running commentary.

Wolfie, for this sanctuary, for his steadfastness and generousity… and comments

All here who together boost our spirits which are much in need of same!

All here who together boost our spirits which are much in need of same!

197
0
Would love your thoughts, please comment.x