https://twitter.com/SeekretAgent/status/1248681547827417093 [this tweet is from a suspended account]
The credibility of our institutions [Constitutional Law that governs our Great Land [Our Republic]], and our ability to regain the trust and faith of the American people, all depends on our ability to restore [EQUAL JUSTICE UNDER THE LAW] by prosecuting those responsible [Blind-Justice].
Treasonous acts [sedition] against the Republic [the ‘People’] of the United States [START – LEAD-IN].
Infiltration [rogue] at the highest levels of our gov, media, corps, etc.
Planned & coordinated [D/ F].
This is not about politics.
Something far more sinister [evil] has been allowed to flourish through all parts of our society.
It has been protected and safeguarded.
It has been camouflaged to appear as trusted.
It has been projected [normalized] by stars.
[CLAS 1-99]
One must only look to see.
[Symbolism will be their downfall]
This is not another [4] year election.
“Be on your guard; stand firm in the faith; be courageous; be strong.”
You are not alone.
We stand together.
Q

2020 was not just another four year election. We know that. It was for all the marbles.

All stops were pulled out to be sure President Donald Trump “lost.” In real time, “news” programming audiences, and the people in the White House situation room watched the steal.

We are told the AUDIT, not a recount, but an AUDIT in Arizona is the first domino to fall. When the first wave of results were released on Friday, it SEEMED like a nothingburger, but was it?

From one of our own.

I’m glad you’re postponing the physics lessons this week, Steve. I don’t think my mind could process it tonight. But I’ll look forward to the next installment.

Thinking back on what came out at the Arizona audit, I think there were quite a few booms, even if delivered in a low key way:

And I’m sure there were a few more, but those stand out in my mind.

And yet the fake news is still running with the story that the “recount” was the same.

And the reason that President Trump chose to put on a rally the DAY AFTER the audit results, as incomplete as they are, were delivered is….

While that answer is being formulated, here’s some information about Perry, Georgia:

Founded in 1823 as “Wattsville”, the town was located near the center of Houston County and served as its courthouse. The name was soon changed to honor Commodore Oliver Hazard Perry, a hero of the War of 1812.[10] The Georgia General Assembly incorporated the town on December 9, 1824. The original city limit was a circle, one mile in diameter, except where bounded on the north by Big Indian Creek.

Antebellum industry in Perry included gristmills, sawmills, and cotton gins. The Houston Home Journal began publishing in 1870. Cotton was the most significant commodity crop in the 20th century.

Tourism has been important to the local economy since about 1920, when U.S. Highway 41 to Florida was paved. The New Perry Hotel, built in 1870 and rebuilt in 1925, became a landmark for many Florida tourists. The downtown area has emphasized its historic heritage and has several quaint shops and restaurants.

Since World War II, when Robins Air Force Base was established in nearby Warner Robins, the military has been a significant employer in the area. Warner Robins is several times larger than Perry. Other manufacturers in the city have included Frito-Lay, Perdue Farms (formally Heileman Brewing Co.), and Cemex, Inc. (formally Penn-Dixie Cement and Medusa Cement Company).

In the early 1960s Interstate 75 was constructed through the western side of the city. It has attracted more businesses that cater to travelers. The Georgia National Fairgrounds and Agricenter opened in 1990. The Go Fish Georgia Education Center opened October 8, 2010.[11]

And the other side is still pushing their crap.

As usual for the Saturday evening rallies, I have a previous engagement, but might be back in time for the later start, so please keep the thread lively. I’ll put some links here for better viewing as the day goes on and they become available.

Will add more this afternoon.

Going to the screen…..

If we don’t think about the past, you’ll never win in the future. It’s all RIGGED.

Look all the lights are going out!

With Creepy as (Fake) President,
OUR COUNTRY HAS GONE TO HELL!!

Reading off the AZ results. Telling the world the fake news aren’t doing their jobs.

Why would he give up “The Apprentice”.

Well, he acquired and honed the skill he needed to be the front man for The Plan. It was time.

That describes most of my family buried in St. Clair County, Illinois.

You better believe it.

Dems are trying to destroy it. 🤬🤬
Dems are ASSHOE.

They didn’t disable the vehicles, they let the air out of the tires.

No unhooking the battery?

I saw one video where one of our guys was smashing the controls inside of a helicopter with a Yuge wrench. That’s ONE that dang sure ain’t going anywhere.

What? What did he say?

He was talking about Bye, Done…

I missed the 1st part, but I gathered Sleepy was giving away our military strategy to the Tolleybon.

THEY MUST DECERTIFY, IT WAS A CORRUPT ELECTION!

NEXT SECRETARY OF STATE!!!

“The greatest fighter of our lifetime.” BIG CLAPS from the wife!!!

Give her a hug!

Introducing the candidates. AG candidate. Jody something. Congressman who is loved in his district.

Jody Brownlow Hice is an American politician, radio show host, and political activist serving as the U.S. Representative for Georgia’s 10th congressional district since 2015. He is a member of the Republican Party.

David Purdue, running for Governor? Didn’t he flake out on us? Said there was no election fraud? Was kinda glad he lost (more like didn’t fight for) Senate race.

She’s Really tough, Really SMART!!! Loved all over the Country.

And one Herschel Walker.

Boy we could use more of people like her! Unabashedly anti-corruption and boldly in-your-face with her attacks! 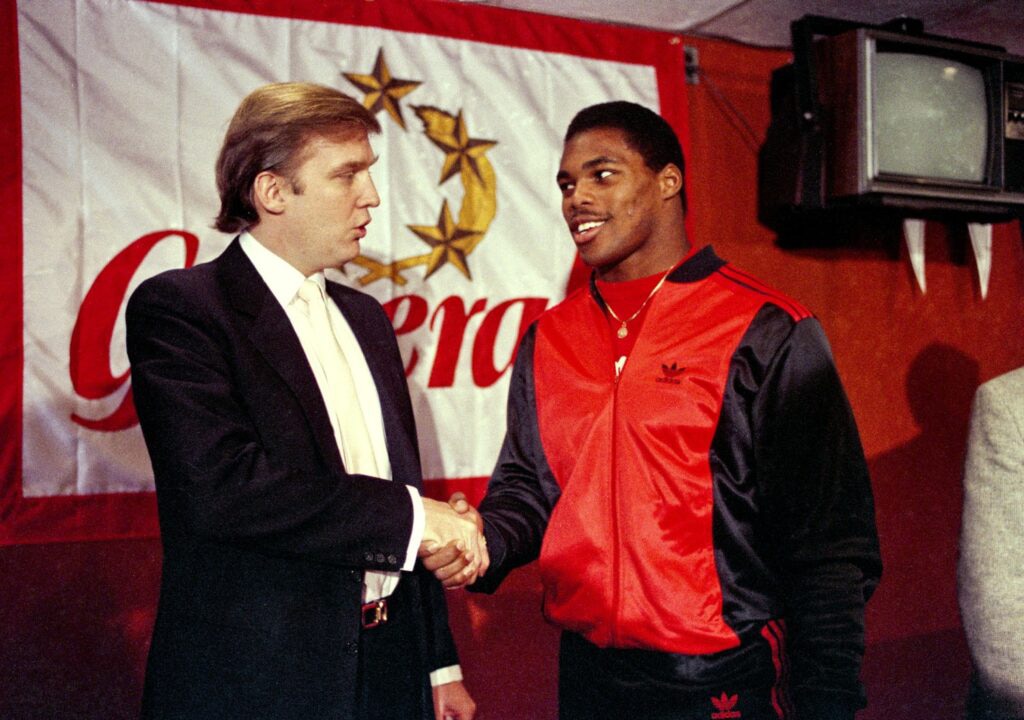 Doesn’t talk about himself. Nice.

Sonny Perdue. He really did do a good job in Agriculture.

Not Sonny, David, former GA Senator, who failed to get re-elected due to cheating in GA. 😡

No, he was talking about Sonny. Farmers not wanting subsidies, etc.

Is there anywhere better to be than a Trump Rally??

O.M.G. That ending was the most epic Trump I’ve seen lately!!!

BUT IS THERE ANY PLACE BETTER TO BE THAN A TRUMP RALLY???!!!

He’s back on the script. Talking about the China thing.

WOW! I am about half an hour behind you all and just now watching President Trump go over the AZ audit results…many details I have not yet heard.

Does anybody know where we can get a complete easy to read list like Trump is presenting? Maybe I should go back and write down what he is saying.

Almost at the top of this page, B-fly wrote most of the stats out …

Thanks Emeraldstar! I have been out of the loop in recent months and have some catching up to do.

People having trouble getting products. 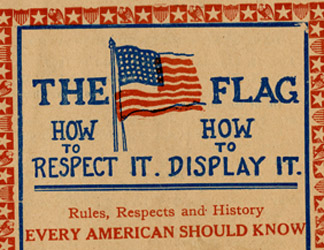 We are a free, proud, and sovereign people and we have to take back our country.

Unfair to women.(yes, he gets it.)

There is nothing that Americans cannot do!

Liz Cheney is vice chair of the unselect committee.

He let the crowd talk.

“Is there anywhere better to be than a Trump rally?”

YOUR
GOD
GIVEN
RIGHT

What a great RANT!!!

WE HAVE TO TAKE BACK OUR COUNTRY!!!

We are not going to let it be taken away from us!

WE WILL NEVER EVER SURRENDER!!!

OUR MOVEMENT HAS JUST BEGUN

Our country will be stronger than ever before!

His closing lines were delivered with special emphasis tonight.

It was a nice new arrangement. He made some points about what we are NOT GOING TO TAKE. Excellent stuff.

And the stats about Maricopa were especially damning, for example:

Those are over a half million versus a margin of about 10,000 votes needed…
Probably similar results over the rest of the country, and down-ballot MAGA candidates likely won (i.e. had the election stolen from them) as well…..

The rest of the stats bfly posted:

And RINOS delivered the KNIFE.

Wrapping up, is what it sounds like. An hour is a long time for such a performance. It does take a lot of energy.

One movement, one people, one glorious family under GOD.

We will make America

Will charge China TRILLIONS in reperations.

YES. I liked that part.

I’ll have to find a video of the wrap up. I can’t type that fast.

I ran the RSBN feed back and was able to get this much until it got taken down.

My fellow Americans, our movement has just begun. In fact, our fight has only just begun.

Because the fact is we are one movement, one people, one family, and one glorious nation under God. So with love of our nation swelling in our hearts and the spirit of America stirring in our souls, I say these words to you tonight:

We will make America powerful again.

We will make America wealthy again.

We will make America strong again.

We will make America proud again.

We will make America safe again.

And we will make America great again.

This nation belongs to YOU!

Thanks so much to Wolfie, Butterfly, Cuppa, Deplorable Pat and others for the great commentary! Nothing like a Rally at QTree!

Oh, I want to study Steven Miller and how he builds a speech. Fabulous parallel structure and simple rhetoric that just speaks volumes!

He pulled out a few staples including my fave IGWT, but the ending was very fresh!

It did sound new in many ways. The parallel structure is used to the best advantage I’ve heard in a long time. Just fantastic.

This was SO COOL!!

Sadly, I wasn’t able to be here…but I watched it live on Newsmax.

It was good! We are taking the fight to the enemy now. Raffenspuker and Kemp are getting the RINO TREATMENT they deserve.

Yes! And a Great rally!

And it was sooo good to see our President again!
﻿ 😁 ﻿

175
0
Would love your thoughts, please comment.x