Let’s see what is in the open tabs today.

A little bit about the BRICS and other countries turning their backs on the petro-dollar:

Russia and India took a small but important step towards non-dollar trade financing and investment on March 25, when the Reserve Bank of India allowed Russia to invest the proceeds of its arms sales to India in local-currency corporate bonds.

Russia’s account with India’s central bank is small, with a reported balance of US$262 million, but the prospective advantages to both countries are enormous: India will pay for one of its most important import items, namely Russian weapons, in local currency, and Russia will invest the proceeds in a financial market safe from sanctions.

That is another small but indicative crack in the framework of the US dollar reserve system. Saudi Arabia reportedly will accept RMB in payment for oil shipments to China, its largest customer.

That implies in turn that the Saudi kingdom will maintain a significant portion of its reserves in Chinese currency, possibly in an arrangement like the Indian-Russian agreement for reinvestment of the proceeds of arms sales.

Then there was this that could well be mis/dis information:

Bombshell: CIA Officer Openly Confesses To Rigging 2020 Election For Joe Biden And Says They Would Do It Again

A CIA officer has confessed that the ‘Deep State’ rigged the 2020 election in Joe Biden’s favor, and has boldly admitted that the agency would do it again.

Former CIA officer John Sipher claimed in a stunning Twitter thread that he took “particular joy” in discrediting the Hunter Biden “laptop from hell” narrative and enthusiastically admitted to “shifting” the election away from Trump.

Sipher was among the many “intelligence experts” who falsely claimed the Hunter Biden laptop story from the New York Post back in October of 2020 was part of a “Russian disinformation campaign.”

Redvoicemedia.com reports: A March 18th report from the New York Post mentioned how Sipher was among those “officials” who’d “signed a letter saying that the laptop ‘has the classic earmarks of a Russian information operation.’”

Don’t forget: Cypher was the villain/bad guy/black hat in the movie “The Matrix.” Yes, it is spelled differently, but….

The opening sequence of this video of Jack Maxey talking about the laptop features the Russian information operation montage from the dinosaur media.

Also of interest is a RedVoiceMedia clip from Dr. Zelenko. It seems he has landed on some sort of pharma hit list.

And now for the usual fare.

It’s not just the big names getting banned.

The latest in bread and circuses:

That was actually proven in the 1940s.

And some good news courtesy of one of our participants.

Have a good day y’all.

(I don’t remember who brought this to a daily in the comments, but thanks.)

And, of course, the obligatory George Carlin:

And now for the obligatory message from our sponsors:

Here at the Q tree we believe in the concept of CIVIL open free speech and the discussion that fleshes out ideas. When commenting and participating in the OPEN discussion on this thread all comments MUST NOT CONTAIN personal threats, baiting, name calling, or other anti-social words fomenting hate, violence or destruction. Our host Wolfm00n has strict rules about that.

Please, stock up on blanks for celebratory gunfire, be ready to swing from the chandeliers…and no messing with the nuclear weapons.

Please remember to remain locked and loaded and ready for trouble should the insurrectionists try to invade your space.

Those who have things to say that do not fit the generally accepted limits of “civil” discussion, Wolf has provided a venue known as the UTree. You’re welcome to visit over there and say hi to anyone hanging out over there. The “Rescue Thread” is also over there. In the event a rendezvous of the tree is needed, please check it out, as well as the newest rescue venue.

One other vital note:

Please, review these rules that our host Wolfm00n outlined toward the beginning of the growth of the tree itself. it won’t take long.

8Thus says the LORD: “In a time of favor I have answered you, in a day of salvation I have helped you; I have kept you and given you as a covenant to the people, to establish the land, to apportion the desolate heritages; 9saying to the prisoners, `Come forth,’ to those who are in darkness, `Appear.’ They shall feed along the ways, on all bare heights shall be their pasture; 10they shall not hunger or thirst, neither scorching wind nor sun shall smite them, for he who has pity on them will lead them, and by springs of water will guide them. 11And I will make all my mountains a way, and my highways shall be raised up. 12Lo, these shall come from afar, and lo, these from the north and from the west, and these from the land of Syene.” 13Sing for joy, O heavens, and exult, O earth; break forth, O mountains, into singing! For the LORD has comforted his people, and will have compassion on his afflicted. 14But Zion said, “The LORD has forsaken me, my Lord has forgotten me.” 15“Can a woman forget her sucking child, that she should have no compassion on the son of her womb? Even these may forget, yet I will not forget you.

Please include: President Donald Trump, the Q team, our soldiers in the field, special forces, tactical units, first responders and those working behind the scenes…and any and all people with family members in the hospital, COVID or not.

And…members of the QTree who no longer participate for one reason or another.

It is quite clear, as per Wolf’s message from July, that we are under spiritual attack. Building up a robust arsenal of prayer and discipline is a must in fighting the enemy and his minions.

In that spirit, the Prayer to St. Michael the Archangel from Tuesday’s threads, and the Breastplate of St. Patrick, not to mention the Litany of Humility are favorites recommended by exorcists in spiritual warfare.

Not that this needs any more attention, but…. 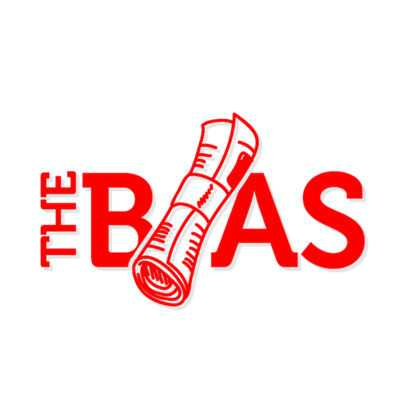 This is how the UniParty shuts down and protects the pedos, druggies, and satanists, and makes it all a conspiracy theory.

Yup… waiting to see what’s going on with Matt Gaetz… weather or not they “got to him”. Yet.

Cawthorn willingly participated and tried to walk it back.

I am guessing it IS as Cawthorn reported a day or two ago.

IIRC, Cawthorn IS the guy D-Rats tried to get tossed off the ballot in NC.

Something REALLY, REALLY smells here. NOT a COINCIDENCE.

Check the second part of the TW.

NEWS: McCarthy says he told Madison Cawthorn during a meeting today that the freshman has lost his trust and he needs to take steps to turn his life around, or else there could be consequences.

Am I missing something or recall something incorrectly?

Maybe that is why he is being tagged. He does not stick with the lets go to War script?

Yes… looks that way. Guess it;s not called the uniparty for nothing!

Yes it is sickening.

This one weird trick can rally millions to risk getting nuked!

Here how it works. The MSM’s trusted sources all seem to follow the same ‘ISW’ analysis on Ukraine. The analysis is all grim for the Russians. They can be beat is the subtle ISW analysis. (Receipts included)

The BBC credits ISW as its source for maps and analysis.
The ISW (Institute for the Study of War) provides MSM trusted analysis of the war.
https://www.understandingwar.org/

ISW is owned by Kimberly Kagan.
Who is Kimberly Kagan?
https://en.wikipedia.org/wiki/Kimberly_Kagan
She is married to Frederick Kagan.

By sheer coincidence, Robert Kagan is married to none other than Victoria Nuland.
Who is Victoria Nuland?
https://en.wikipedia.org/wiki/Victoria_Nuland
Never heard of her?
https://www.salon.com/2021/01/19/who-is-victoria-nuland-a-really-bad-idea-as-a-key-player-in-bidens-foreign-policy-team/

Other examples of ISW as a source include:
https://www.cnn.com/2022/03/27/europe/ukraine-russia-conflict-new-phase-intl-cmd/index.html

“According to a report by Washington think tank the Institute for the Study of War, two leaders of the Russian intelligence service were placed under house arrest Friday.”

https://www.foxnews.com/world/shelter-bombed-in-ukraine-city-war-seen-entering-new-phase
…”Washington-based Institute for the Study of War said in a briefing”…

TL;DR: The MSM gets its war assessment from Victoria Nuland’s sister in law. Some say she organized the 2014 coup in Ukraine. Weird, right?

Goebbels would be proud…

This is a really interesting infiltration. What kind of enemy can do that?

Russian troops are mopin up the Nazis in Dombass … Ukraine has lost, won’t surrender, just continuing to kill citizens… HORRIBLE lies being told by Western Media…

Behind enemy lines in California. Day 3. Gas is running $5.80 to $6.20 for regular. All the businesses I visited for work were mask optional. So I was actually surprised which has made the week bearable. Everything is still crazy expensive. Dickeys brisket. My go to on the road is up to $25 a pound here. Was $19 just a couple of months ago.

People have to vote these psychotic Democrats out of power.

Neon Revolt has a good prediction here. We have to push back hard.

They’re trying to ramp back up covid narratives now, to lay the groundwork for mail-in voter fraud and the like come the midterms.

That’s why China is locking down again and why Biden got his televised jab today.

Biden got a fake jab?
Yes I kept hearing Covid 19 sister is roaming the country. Was it Omecron 2?

316
0
Would love your thoughts, please comment.x