So many fires, floods and snakes on a plane needing a visit from a mongoose or two that it might be a good idea to step back and remember some fundamentals.

I’m kind of low on memes and news that has not been shared and hashed out on yesterday’s daily, so just a request to find the like minded people in your area and meet in person. No electronics with ears around would be a good idea.

And, of course, the obligatory George Carlin:

Normally, I put a movie theme here, but it’s this time of year.

And now for the obligatory message from our sponsors:

Here at the Q tree we believe in the concept of CIVIL open free speech and the discussion that fleshes out ideas. When commenting and participating in the OPEN discussion on this thread all comments MUST NOT CONTAIN personal threats, baiting, name calling, or other anti-social words fomenting hate, violence or destruction. Our host Wolfm00n has strict rules about that.

Please, stock up on blanks for celebratory gunfire, be ready to swing from the chandeliers…and no messing with the nuclear weapons.

Please remember to remain locked and loaded and ready for trouble should the insurrectionists try to invade your space.

Those who have things to say that do not fit the generally accepted limits of “civil” discussion, Wolf has provided a venue known as the UTree. You’re welcome to visit over there and say hi to anyone hanging out over there. The “Rescue Thread” is also over there. In the event a rendezvous of the tree is needed, please check it out.

Auntie DePat’s requests as we are all, ahem, adults, not uncivilized pygmies:

One other vital note:

Please, review these rules that our host Wolfm00n outlined toward the beginning of the growth of the tree itself. it won’t take long.

My usual go to site for Mass readings is down, but this passage came to mind in the last day or so.

Gospel According to Saint Mark, Chapter 4:

[36] And sending away the multitude, they take him even as he was in the ship: and there were other ships with him. [37] And there arose a great storm of wind, and the waves beat into the ship, so that the ship was filled. [38] And he was in the hinder part of the ship, sleeping upon a pillow; and they awake him, and say to him: Master, doth it not concern thee that we perish? [39] And rising up, he rebuked the wind, and said to the sea: Peace, be still. And the wind ceased: and there was made a great calm. [40]And he said to them: Why are you fearful? have you not faith yet? And they feared exceedingly: and they said one to another: Who is this (thinkest thou) that both wind and sea obey him?

“Our task is not one of producing persuasive propaganda; Christianity shows its greatness when it is hated by the world.” –St. Ignatius of Antioch

Please include: President Donald Trump, the Q team, our soldiers in the field, special forces, tactical units, first responders and those working behind the scenes…and any and all people with family members in the hospital, COVID or not.

July 6, 2021 17:07
Thanking everybody for your patience. Whether happenstance, coincidence, or enemy action, I’m dealing with some technical issues. In addition to those, and the obvious spiritual attacks, I am dealing with the obvious site stuff in what are best maintained as unobvious ways.

I suspect we struck a nerve.

A combined technical / spiritual / strategic response by all of us will prevent this attack from succeeding. Hold the line – bite the bullet – gird the loins – bite the lip – pray for guidance, discernment, and strength – whatever YOU believe keeps the ship aright for the moment. Everything else is lower priority.

In that spirit, the Prayer to St. Michael the Archangel from Tuesday’s threads, and the Breastplate of St. Patrick, not to mention the Litany of Humility are favorites recommended by exorcists in spiritual warfare.

Oh, and this isn’t totally satire, but he says what we all think.

Why would the national park service collect this much o begin with? And they need to give it to the bidenazis?

This is really wierd.

“The National Park Service is making it easier to share more data with the White House and other federal agencies on applications and approvals of special use permits for parks spaces.

The updates—outlined in a notice set to publish Wednesday in the Federal Register—would streamline the process for sharing data with the Executive Office of the President and allow NPS to share data with other agencies and entities suffering a cybersecurity breach when deemed “reasonably necessary” for helping respond to the incident.

The top commies need it for some reason. Maybe to give to China for ops on federal land.

Yep. Definitely sounds like they’re prepping for some type of op.

The Nat’l Park Service is in charge of all of our National Monuments, historical plaques, as well as all of the park lands.
I shudder to think of what the BidenCommies could do with that.

They could order the NPS to do what the Antifuh/BLM operatives did…but on a massive scale.

A great way to discourage anyone from applying for permits at national parks though.

CM just posted that he’s back on.

Good. And VERY interesting. Will be very interested in what he has to say.

The last thing I see on his Telegram is that details of what he thinks triggered the automated ban will be posted on Gab later. 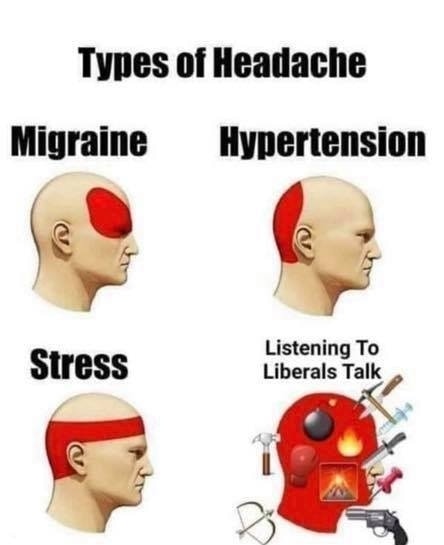 And Julie added this in her following tweet for clarity’s sake:

FBI tells police to stand down and let them into building. They’re dressed in militia gear. They search for Whitmer. Photographers on stand by for pics.

Earlier, people were talking about how Repubs are now advocating for vaccination. I’m listening to Marjorie Taylor Green on Bannon’s War Room. She says it’s because the DOW fell at the news that there were more COVID cases. It’s all about money.

She was in the room when Fauci testified yesterday and said some Repub senators were asking him how we can get more cooperation among the public for vaccination. She felt they were kowtowing to Fauci, and she can’t understand why other senators besides Rand Paul won’t stand up.

Saw this posted at NeonRevolt, which I just found I could access today, for the first time in months.

Hannity Buckled, or was told to go Pro-Vax?
https://www.aol.com/hannity-pleads-viewers-vaccinated-bel

Yet it’s still the Beta versions they want us to take, while the emergency is hyped and alternatives exist. My guess would be that some of these Johnny come lately pro vaxxers are looking at the polls.

So any indication that Hannity is going to allow anti or hesitant vaxxers on his show to debate him? If he doesn’t call on the best to do so, then it’s likely poll driven IMO.

Who is watching Hannity and Fox? I replaced him with NASCAR radio. Huge upgrade.

I think it’s they just don’t believe the vaccine will do irreparable harm down the road.
It’s like all the other conspiracy theories, they have to wait till be proven right.

It is my guess after my travels at home around the State, CO and travel to UT and ID this week that they will have a hard time going full lockdown, mask again. Like putting toothpaste back in the tube. Even the majority of companies I visit have returned to normal. The ones still doing stuff are typically mutli-nationals with either foreign ownership, or CA, NY based.

So while there is a lot of noise from the usual sources, fly over country seems to have moved on.

If you haven’t seen this yet…this is a hoot!

Did you all notice something odd about Jeff Bezos' rocket? pic.twitter.com/nDVZDdg2jg

He next intends to create a giant inflatable space habitat to rival the ISS. Outwardly, it would look like a female television reporter.

Once the Space Station ‘Lauren’ is fully operational, Blue Origin spacecraft will also be used to carry cargo to it in separate ovoid side compartments known as “Blue Balls”….

“He next intends to create a giant inflatable space habitat to rival the ISS. Outwardly, it would look like a female television reporter.”

Not a chance, it’ll look like a dude, from San Fran Gay Pride Parade.

Or Mad Maxine (not much of a difference, I know…)….

Better yet, he could combine that with some of his efforts to fight Gore-Bull warming, and model it after Stacy Abrahms…

That would block out the sun…

Limping along to notoriety…

365
0
Would love your thoughts, please comment.x