On Monday, January 4, 2021, the night before the last of the 2020 general election contests…we hope…maybe…if a number of states don’t have to be done all over again…President Donald J. Trump will be headlining one of his signature rallies in the state of Georgia where any number of contests are in question, not just the senate and presidential races.

The mainstream media sorts are not amused. From CNN via MSN:

President Donald Trump is scheduled to headline a 9 p.m. ET rally for a pair of Georgia Republican Senate candidates, but his election eve appearance has GOP officials in Georgia and in Washington worried in the wake of his recently publicized call pressuring an election official over the November results.

The President’s presence at the Dalton, Georgia, rally would normally be a welcome sight for Republicans just one day before the runoffs — races that will determine which party controls the Senate. A big crowd for the President is expected and there is evidence that Trump’s presence will help turn out GOP voters.

But some Republicans are convinced the President, who unsuccessfully pressured Georgia Secretary of State Brad Raffensperger to “find” votes that would tilt the balance in Trump’s favor, will spend far more time focused on his baseless electoral fraud claims as opposed to rallying his supporters to vote for the Republican ticket of Sens. David Perdue and Kelly Loeffler.

Public statements and private observations by sources familiar with the situation suggest that Trump is fixated with the issues he laid out on the call.

Trump repeatedly pushed for the call with the Georgia secretary of state, two sources familiar said. And between Election Day and Saturday’s phone call, there were 18 attempted calls from the White House to Raffensperger’s office, a source with knowledge and a Georgia state official confirmed to CNN.

And still the man won’t take the president’s call.

These people are stupid.

At any rate, there are some questions that have yet to be answered about tomorrow’s runoff in Georgia:

Not sure what time the lights go out, but which rendition do the readers prefer?

At any rate, RSBN is asking for 400,000 viewers tonight. Let’s make this happen.

BIKERS FOR TRUMP
Chris Cox thank you.
For whatever reason, Bikers like Trump.😁
They are protecting our President.

Rampant Fraud will be announced on Wednesday, as you know.

Oh, My – Listen to those numbers – in each of the contested states – so much in Georgia!!!

What is this Agency you speak of?

The most unhappy person is Crooked, cuz she’s asking ‘Why didn’t you do it for me?’

Apparently the evidence will be released at the rally in D.C. on January 6th.

At that point, the pressure on the corrupt, derelict, AWOL DoJ will be enormous… but they can stay in their safe space, the pink powder room.

The evidence of election fraud will prove Chyna interfered in the November 3rd election, in conspiracy and collusion with the Satanrat Party.

And foreign intervention in our election is a national security matter, so the Traitors on the (not)Supreme Court can join the DoJ in the pink powder room, we won’t be requiring their services.

They couldn’t handle it anyway. They’re very weak and pathetic. And crooked.

Its an injustice upon all the citizens to have to pay for any of these scumbags to stay in prison for the rest of their lives.
Club Fed and they buy off guards. And WE already pay for the trial and have paid unwillingly bc of their corruption.
For the first time in decades, the citizens will see justice the Biblical way, the only way to stop the next generation of radicals.

“The left is quite literally not equipped mentally and emotionally to handle what is going to happen over the next two weeks. ”

Fortunately, thanks to the Great Covid Hoax, the hospitals are empty, so plenty of beds available to deal with Leftist mental breakdowns

Straitjackets and rubber rooms for all the democrats 😁

Voting Machines SHOULD NOT BE CONNECTED TO THE INTERNET in any way, shape, or form!!

No “machines” ever again!
Purple Dye on the finger to show a PAPER ballot vote!

Absolutely ! The more over engineered a thing, anything, is the more chance of a failure.

It happens in Philadelphia every election!

Getting Feisty – the crowd here really did not know the extent of the fraud!!!

We won every state (?) – and this guy who cannot even talk won?

I want Mike Lee to listen to this when I’m talking, because you know what, we need his vote.

Calling him out again. And Miss Lindsey too. She’s there listening to all this. What the H is wrong with them???? And TOM COTTON??? Dammit, I am sooooo pizzed. (I even called the ATT tech a M’r F’r today! 😬 ….long story…Butterfly battling ATT for 22 days…I think I finally won tho, will know on the 7th) 🙏 🤞

We won with ATT. We switched our TVs to ROKU and our phones to U.S. Mobile and now pay about 1/3 of our normal AAT charges.

Have already knocked $160/mo off my bill
If I keep chewing on em, they’re gonna be paying me!! 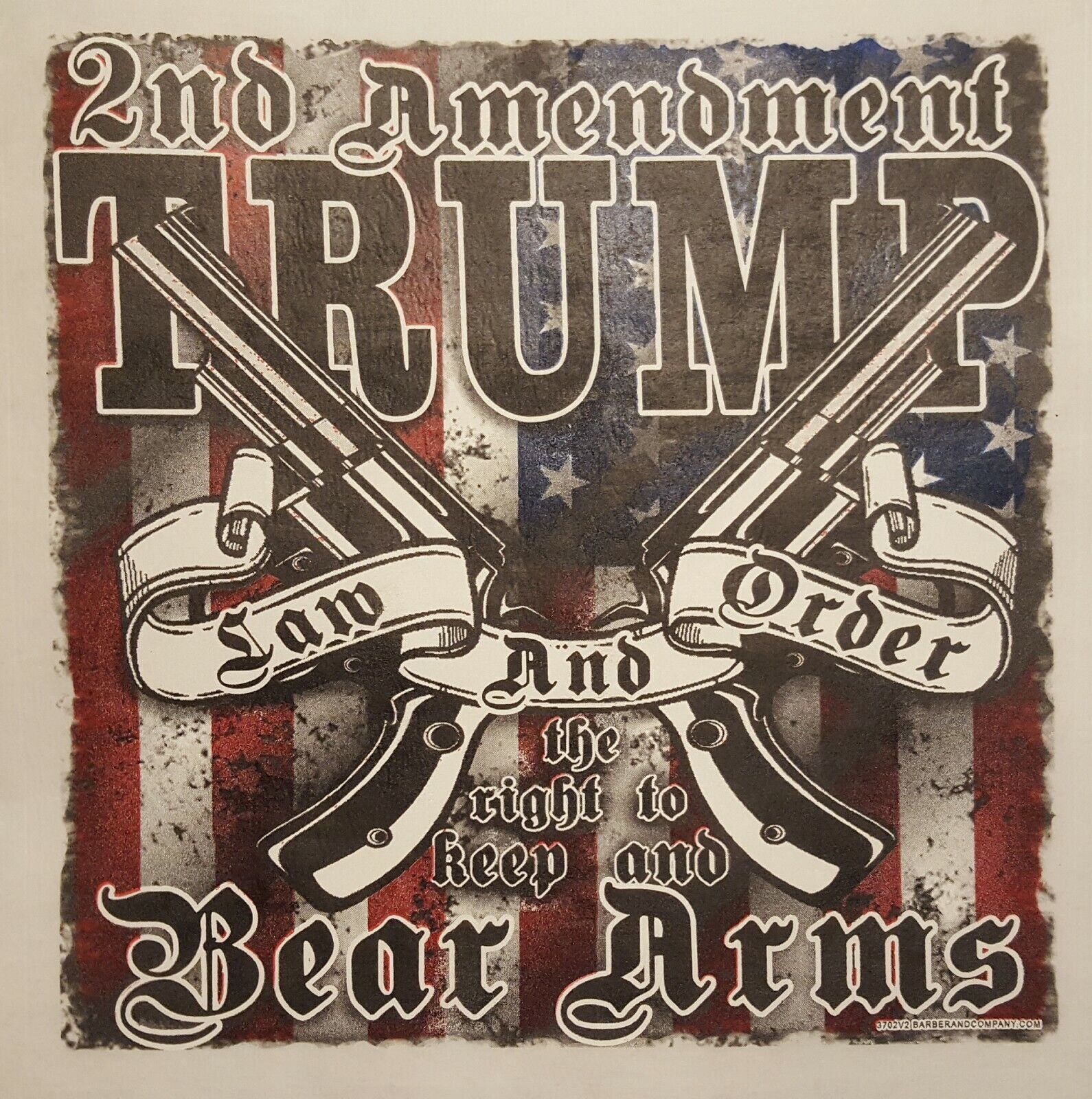 DJT: “If you want to send a message to the politicians…”

Withdraw the protection our government provides those filthy corrupt politicians, and we’ll send them a message they won’t forget for as long as they have to remember.

Which won’t be long.

I was hoping for a least a couple of BOOMS.

For You and Scott 😂

Thank you…..
Thank you very much 🙂

This is actually the Big Head Todd and the Monsters version. Killer song either way, though.

IN GOD WE TRUST – OUR NATIONAL MOTTO

That’s a purdy one Duchess.😉

THE BEST IS YET TO COME

I find the lack of participation here tonight….disturbing.

Yep…. where is everyone?

A lot of people may be on their way to D.C.

Or cleaning their weapons.

Mr gils job, I was on momma duty!

“I find the lack of participation here tonight….disturbing.”

Let not your heart be troubled… 👍

It is always right at bedtime, storytime. Kiddo has priority. Im watching now.

Germany is in the house!

I am getting goosebumples listening to his final statements!!!

Outstanding rally, I could watch one every day! 👍

It was great to see Pres. Trump speaking again. We need more! He looks healthy and confident.

Felt short but he hit his hour and half.
No way we’re letting this guy go.

Thanks for the thread, DPat, and all of you commenting!

Always nice when a mermaid shows up.

You say the nicest things!
😁😁😁

GET READY PATRIOTS, THE NEXT 2 DAYS ARE GONNA BE 🔥🔥🔥

Announcer at RSBN said – 260K watched the Rally in Georgia!!!

Thanks, Butterfly. I CRASHED this evening.

Mom and nephews safely at home in the south tonight.

You needed the rest. I love these things, especially that man❣ 🤗🤗DP🤗🤗 🥰😍

You are not the only one D-Pat.

The RSBN video has 25,552 replay views so far and it’s rising fast!

Some RSBN Trump videos have over a million views.

Anyone know what other networks carried the rally?

Newsmax has 25,571 replay views on their YouTube video of the rally – https://www.youtube.com/watch?v=aNTrsm6k6MQ

That was just the RSBN video of President Trump’s speech – the RSBN full rally video has 1,884,237 views!!!

We watched it live on Cspan.
But I don’t think they give the number of views.

No, CSPAN never gives the live viewers or the replay count.

thanks DePat and everyone for the rally thread!!!!!

this has been an exhausting 2 months–and POTUS was campaigning almost nonstop BEFORE that.

173
0
Would love your thoughts, please comment.x