This, despite the media’s sneaky plan to stop it.

Yes, folks – a recent poll is really shaking things up.

There could really be another FLORIDA in the GOP column.

Note that I did NOT say “another DeSantis”. Jim Renacci has suggested that his administration would be a lot LIKE the DeSantis administration in Florida but he’s actually rather loath to compare himself directly to Ron DeSantis, or to any other Republican governor.

But when he does compare, he makes no bones about it.

Renacci claims to have STUDIED DeSantis, just like he used to study his business competitors, in order to learn how they succeeded. Renacci says that DeSantis has a SYSTEM (which I will not repeat for enemy ears) that pipelines popular legislation to his desk very rapidly. Renacci is fully prepared to begin doing the same thing for Ohio in 2023, because he believes that conditions to create a similar system will be ideal after the 2022 election.

Renacci actually has a PLAN for Ohio – what he can accomplish in 4-8 years, and what he cannot. For example, Renacci figures that he cannot remove the state income tax during his tenure, but that he can prepare the state for a complete change in the tax system to happen AFTER his administration.

And all the stuff that we DO want right away, to push back against BRANDON and his insane, treacherous, WEF-and-China puppet administration? Renacci would begin signing bills as soon as he could get them across his desk.

Fox News, of course, as controlled FAKE NEWS opposition, is trying to downplay the possibility of Renacci winning.

So exactly how “DeSantis” would a Renacci administration actually be?

IMO, it would be as Republican as the House of the Ohio Legislature, which just gave DeWine a constitutional carry bill that he could not afford to “not sign”. That bill becomes law this summer.

That means Renacci would have legislative backing for moves like this.

It means getting RID of the critical race theory that DeWine’s appointees supported and defended to the very last liberal (yes, I was SHOCKED by that).

Renacci has studied Mike DeWine, too. Renacci says that DeWine runs like a Republican for the primary, moves left for the general, and then TRIES to govern like a Democrat.

And Renacci’s not wrong about that.

Mike DeWine’s a nice guy, but in my opinion he’s not committed to freedom. He signed the constitutional carry bill because he HAD to do it to win the primary – not because it was the right thing to do. DeWine called constitutional carry a “tough decision”. Not tough at all, says Renacci.

In my opinion, the only thing really standing in the way of Renacci is the media and lovable Joe Blystone, who the media plays up while ignoring Renacci. The media does this in order to keep Joe in the limelight and in viable “underdog” status, sapping votes from the more realistic and left-threatening competitor – Jim Renacci. You can tell – 20% of the vote is rather surprising for a third-party candidate. THAT is the power of the media, churning for Joe Blystone with “bad press”.

Will the media plan succeed? Will they “keep us divided” so that a RINO can slip through, yet again, to force all of Ohio to suffer a minority ideology that nobody wants?

Or will Renacci bring that Sweet Florida magic to Sweet Ohio?

You can bet a bushel of buckeyes, I will do my best to help freedom happen!

but don’t want to give up Gov DeSantis

Amish country is beautiful – and the Amish are FRIENDLY – and friends with BIKERS FOR TRUMP.

they know how to survive

and the cost of living up there is much much more reasonable.

About an 1/2 hour drive from me is a Amish vegetable stand. Vegetables are real food and I like seasonal.
An hour drive is a Amish store with everything one likes or needs.They moved more and more South in OH. I am sure they are in other parts of OH also.
Love to have you in OH 🙂

what area are you in ?

As south as you can get. Right on the OH river across from KY.
2 hours to Columbus, 2 hours to Cincinnati, 1 hour to Ashland KY,
2 hours to Huntington West VA, 2 hours to Lexington KY.

That’s out in the middle of nowhere! Beautiful country!

True and it is beautiful but can be boring 🙂

I posted under your question

North Carolina has an Amish community at Union Grove, west of Winston-Salem. When we were real estate hunting we met them and were invited into one home for a nice visit.

I’m getting the feeling DeSantis is running for Pres.

I got a piece of mail that said: “It’s DeSantis vs Biden”

Whether that was 2024 Presidential election or just the way things are…I am not sure.

And I am 100% satisfied with either being the case.

Same here, Tradebait. I was just surprised by the mail out – I haven’t had time to open it yet.

It really is Biden vs. DeSantis, though, every day in Florida. No governor stands up to OBrandon like DeSantis!

Trump is going to clear the field and baton pass to DeSantis.

BUT, trump wants to ensure the BEST, “America First” candidate IS the Republican candidate.

I am wondering about that, too.

“This is what the roads of Berlin look like today. Drivers organized a rally of more than 5,000 cars in support of the Russian Federation. Flags of Russia, the USSR and the Airborne Forces flutter on cars.

“There is no end to them,” comments a local resident.”

The people know where their gas comes from 🙂

Hopefully many more will soon come to that realization.

When they are cold and cannot drive they will come to the realization.

They also know where the hot air and smelly BS come from… Berlin and Brussels (and Venlo in the winter when they fertilize the fields 🙂 But at least that does some good!!!)…..

OK, Wolf. I am officially excited now. I’m an East Tennessean who grew up in SW Ohio. I have always said that if Ohio ever figured it out the state could ignite most of the midwest for conservatives. It’s a natural fit. Many of the former working class Dem supporters have flipped to the GOP with all the insanity they see out of the DNC. When they started burning cities, CRT and such; that shiz won’t fly with most buckeyes. They love their communities and their schools big time.

The people just need to make sure they destroy the RINO’s in the process.

With all the commerce and some manufacturing still around, they could become an economic engine for the others to imitate.

Yeah, I think the DemComs really screwed up by pushing their toxic crap to the limit. Pushed the pendulum so far, it bonked them in the head.

Agreed. They don’t realize how much of a ledge they’ve crawled out on.

Washington DC is – how can I put this kindly – “not worth defending”.

If, say, some big old beam came down from somewhere, all Sodom and Gomorrah style, and vanished DC…… AND THAT’S IT…… one and done….. I think a lot of folks would say it was an improvement on the planet.

That’s not a good place to be. You don’t have the support of the people, you don’t REALLY have anybody watchin’ your six.

Our old enemies helped DC get into that state, but our old “friends” did, too.

DemComs and RINOs don’t got no real friends no more. Not a good place to be.

They’re using the Smithsonian as “cultural shields”, ’cause the human shields there wouldn’t slow anyone down.

Yep. I wouldn’t want to see those museums destroyed, or the monuments. (Well, OK I wouldn’t mind losing the FDR one in the slightest.)

In the “State Animals of Ohio”, where’s the Wolf?

Blended into the coyotes at about 20%. 😉

Some FLORIDA for y’all! 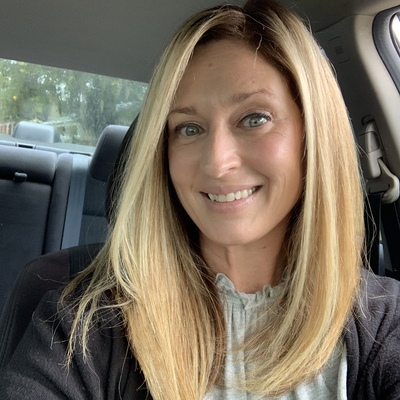 Had a great day at silver springs . I love the sunshine state https://gab.com/emoji/2600.svg

32
0
Would love your thoughts, please comment.x