We’ve never seen anything like this before. 24 hours before the rally!!!!!!!!

Have you ever been to Cape May/Wildwoods, NJ area? OMGosh, it’s beautiful!!!! Join us as we continue to explore the country via the President’s MAGA Rallies. This week, we visit one of the most scenic spots in all of America, Wildwood, NJ, which is in Cape May County, just a little south of Atlantic City, at the very end of the Garden State Parkway. It just happens to be home to Congressman Jefferson Van Drew, a Democrat who switched his vote and became a Republican during Shampeachment.

Let’s get oriented a little better on a map. If we look, as the crow flies, Wildwoods is directly east of Washington, DC. The President could take Marine One. This is “old turf” for Citizen Trump from his days of casinos in Atlantic City. He knows the area well AND he well knows how tax policy of Trenton failed Atlantic City.

Yeah, QTreepers could definitely live here, if it weren’t for the high taxes and a crazy governor in Trenton. We should plan to stay a while and explore. Cape May/Wildwoods is where the MIDDLE CLASS went for vacation. The rich from NYC went to the Hamptons. Yes, Wildwoods and Cape May area is perfectly indicative of President Trump and the Deplorables.

The President’s speech will be at the Wildwoods Convention Center. Surely, the local hotel owners are grateful for the business during the down winter months. To give you an idea how much Wildwoods depends on tourism, listen to this one. The State of NJ has a guideline, one liquor license for every 3K residents. Well, there’s only about 5200 living in Wildwood……. and there are 60 liquor licenses in an area about the size of one square mile. In the summertime, Wildwoods populations swells to about 250,000 vacationers.

The reaction for this rally is spiking already.

Yeah, over 100K requests for tickets, over a week before the event. Amazing.

The history of Wildwoods area and Cape May is uniquely American. The area began to develop as soon as the Garden State Parkway was finished in 1955. The 200+ hotels have a 50s-60s vibe which is only a few decades later than South Beach in Miami. In fact, Wildwoods looks like a time warp into old Vegas. Classic Kitsch.

Wildwoods was HOPPING and the place to be in the mid-late 50s. In fact, Bill Haley and the Comet first performed Rock Around the Clock, at Wildwoods. From Wikipedia —- “Rock Around the Clock“, often credited as the first rock and roll record, was first performed on Memorial Day weekend in 1954 at the HofBrau Hotel in Wildwood by Bill Haley & His Comets. The song’s status as one of the first rock and roll hits has given rise to the city’s claim as “the birthplace of rock and roll”.[26][27]

Wildwoods even has a Doo Woop museum with fabulous neon and signage from the period + and Acme Grocery stores. Again, from Wiki: A 1950s Doo Wop museum includes property from demolished motels such as neon signs and furniture.[33] Neo-Doo Wop buildings in the area feature a neon lit Wawa and a 1950s styled Acme Supermarket.[34]

Note, there is a town of Wildwood, which is only about one square mile. Wildwoods is a collection of about 4 communities and runs straight into Cape May. The two are only separated by a channel to an inner harbor.

THe best is yet to come.
Wrapping up.
WOW. Compact, rally, but packed a punch.
NJ needed that.

and I will be at the one on Thursday! I’ll send photos!

husker – So Lucky!!!! Yes, please do a ground report for those of us in the Qtree bleachers…

Ow21— total ground report! Updates all day since we are going tomorrow evening! So excited to be the eyes and ears for the brilliant people of this awesome Q Tree!

We can feature the rally thread at the top so that it’s easy to post on from a mobile device.

just got word that we got VIP passes… not sure of what that means w regards to access behind the scenes as those are also part of our passes, but this should be really cool esp for photos. also man on the street interviews as I wont have to worry about waiting in line…

means I”ll have to be on my best behavior!

What are you wearing?

was going to wear my #buygreenland shirt, then we had made “Make Nebraska great again, build a wall and make Iowa pay for it!”, SO I was then going to wear that…But now,
either MAGA or 45….

Oh, gosh. I almost fell out of my chair on that one. Buy Greenland!

You can also make POWER PLANS. Those include spare phones, power packs, a power cord in case you get lucky, and also park your vehicle in CLOSE to the venue, and one person can go run for a charge, to grab food or drinks, or to return gear, umbrellas, etc. If you’ve got really good parking, you can even bring a honking big battery or power source in line with you, and return it later.
Be prepared for them to OPEN THE DOORS EARLY to let people in. Typical Trump effectiveness!
I’m a real rally pro – feel free to ask me any questions about rallies. I’ve been to so many, I’ve run into almost every conceivable logistical problem. Thought I would die of sunstroke at one (they let us in early), soaked with rain at another, and walked a MILE to get back to my ride from one of them. They’re all a joy!!!

Bless You and have a great time!!!!

thank you OW21. I will be thinking of everyone here and wishing you all were cheering right beside me.

Love your VIP passes. That usually means a special entrance and you don’t have to wait outside, once they open up the VIP entrance. You should also be eligible for preferred seating, such as behind the stage on television, or with other VIPs. Not sure about other perks, which may depend on the rally, but it has to be excellent.

I’ll keep you posted! We were so prepped for General admission w extra batteries, close parking and lodging, food, chairs, blankets… either way, a thrill to be there!

You can still go GA early and then when the VIP doors open they’ll let you know. Best of both worlds!!!

That is what we just this moment decided! So interested to see if the people we meet know where Ukraine is on a map🤦🏻‍♀️

We wrote the book on Ukraine!

Yes you did! I reference your article all the time!

HAHAHAHA! Yes, there is a lot of fun in the line for a Trump rally. I have met some of the most amazing people at Trump rallies – particularly in the lines.

FYI – Usually about 20 minutes behind stage with Trump, pics, and a lot of cursing if he is in a good mood!
Wonderful, so happy for Huskerheart!

Then I will for sure have to wear my #BuyGreenland shirt!

President Trump looks good! He has lost some weight.
Amazingly – he has not aged a bit during the last 3 years.

Fox 10 Phoenix is replaying the rally for those who got cut off on Lou Dobbs.

Fox 10 – NewsNow – is my favorite Trump rally channel – sound is good and picture is clear HD, never out of sync, never drops the stream – never breaks for any reason.

Plus – they are enthusiastic Trump supporters.

It looked like he did an ‘Air Q’ to the crowd as he was leaving.
😄😁
Did anyone else see that?

Gotta look for some pictures and tweets!!!

I thought I saw that too!!

No, Catturd…it’s not just you.
We’ve noticed this too!

Is it me – or is Trump the only president in history who looks younger after three years in office.

Thank you to ALL who contributed!!!!!!!!!
Rest up,
We have USMCA tomorrow! 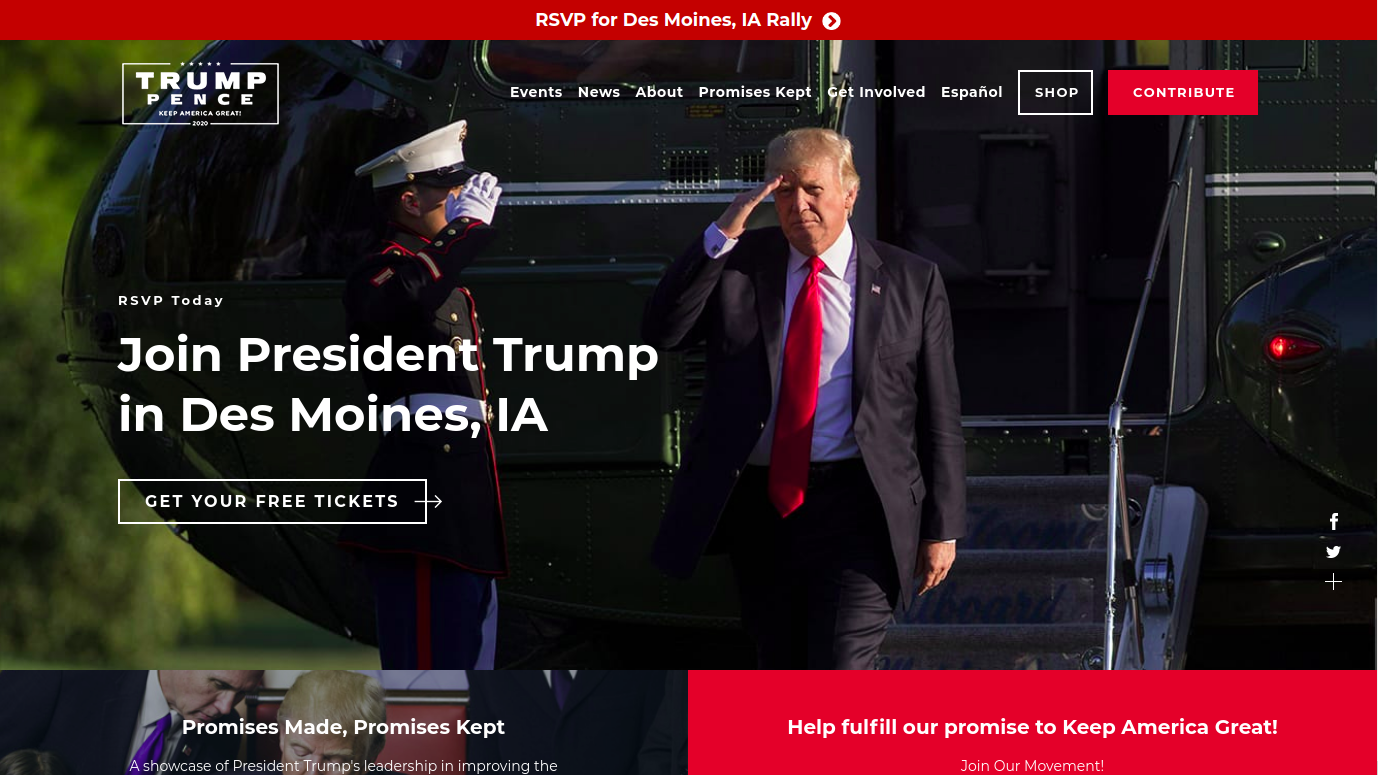 another cleaner image, also on my imgur site….

“Drain The Swamp” was like an INVESTMENT in a FOUR YEAR CD. It is going to pay off YUGELY in 2020.

Hillrotten doesn’t stand a chance. Neither do any of the other Democrats.

Agree. I think the Dems are just desperate to hold onto downticket races. Based on what we just saw at the rally in New Jersey tonight, over a fourth of the folks were Democrats – that’s doom for them. If 10-15% real Democrats vote for POTUS, they’re going to give him what he asks – the Congressional and Senate seats.
Should be very, very interesting.

This is stunning data.
We seem to be averaging about 20% or better for Dems coming to our rally.

I’ve noticed that trend too. I bet Parscale is comparing it to whatever data he has from the rallies in 2016, and the rallies of POTUS’ early days in office. When 1/4 of the people attending or wanting to attend the rally isn’t coming from your normal voter base – I’d say it’s a Sea Change – one the Dems haven’t grasped.

I know it must make leftist heads explode when they hear this:
“The United States is now the number one producer of oil and natural gas anywhere in the world.”
Hah!

We've ended the War on Energy, but the radical Democrats want to bring it back!

"The United States is now the number one producer of oil and natural gas anywhere in the world. We don't need anybody else's energy anymore!" – @RealDonaldTrump pic.twitter.com/2LxnwGF683 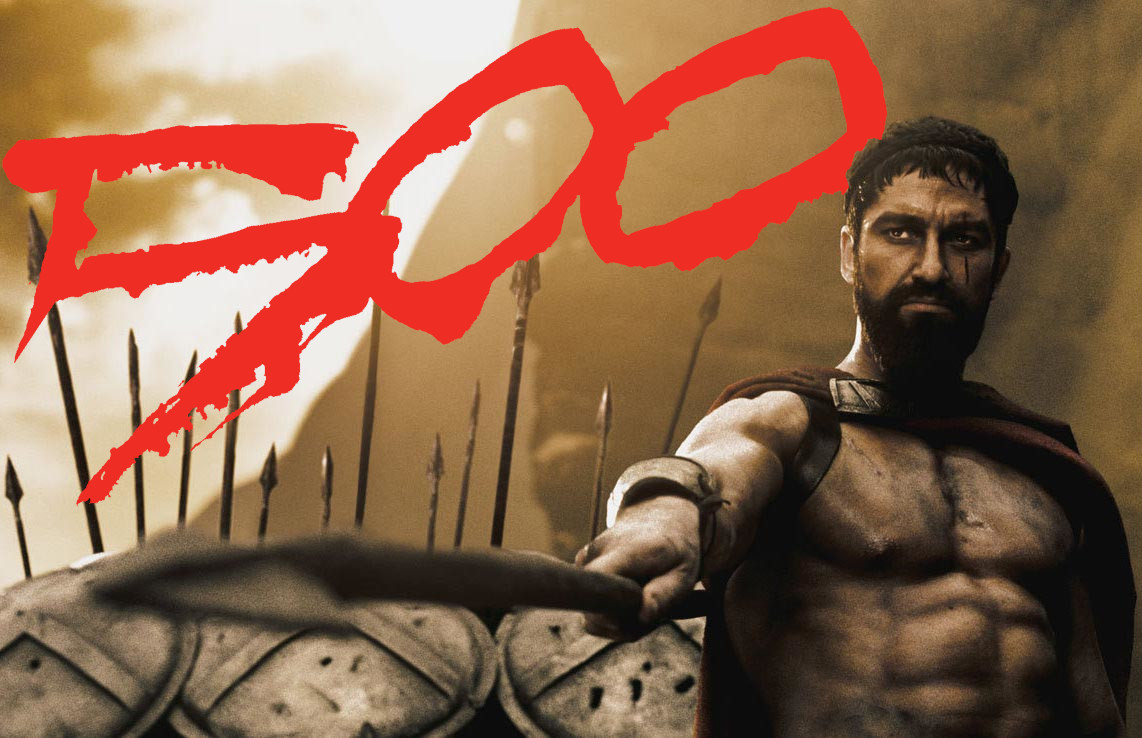 thanks everyone for the comments on the rally and Daughn especially for the thread itself…and michael for those graphics and pics during the thread–what a multi tasker!!!
BEST SITE EVER!!!!!