In the interest of being organized and not cluttering up things too badly, multiple events on one day will be on one thread.

As of Saturday, October 24, with multiple states and locations in one day, the thread will feature highlights from the night before and just links to the locations. No history for now.

But, from our own BlackKnightRides re these rallies:

The line to get into @realDonaldTrump Tampa rally pic.twitter.com/ZKtjc6iI6n

Supporters Began Lining Up at 1 AM For President Trump's Tampa, Florida Rally (VIDEO) via @gatewaypundit https://t.co/SgnXBzMjJU

Thank you. Sometimes I feel like I’m typing to myself on these threads.

The scene outside Raymond James Stadium as supporters wait for @realDonaldTrump pic.twitter.com/J6bgd1PPeC

Trump 2020 rally staff is very good about handing out water to folks in line and folks already inside rally site.
Couple days ago in NE, they provided hot coffee and hot chocolate.

Another nice thing is they have a ADA line for folks with challenges.
Trump 202 team actively seeks folks out of the long line and gets them in the ADA line.
Being out in the elements (hot, cold, humidity, rain, wind…) can be debilitating for many.

Thank you to Joe Scarborough (@JoeNBC) for seeing the light. Our Country is doing great! pic.twitter.com/7vLxNScOjo

DP and BFG:
Thank you both, so much for Your work on these threads.
I read them all and am so grateful.
However, I do not comment. I tried once and was so late in typing, correcting the jumble of words that resulted and then posting that the thread had moved along and my comment was irrelevant.
What you do is deeply appreciated by so many of us.
Thank you❣️❣️❣️

^^^ That and the feed I am on, Internet, is seemingly lags many others feed by 30 seconds or more.

I have the same problem, LM. So I just end up reading the thread as I watch the rally (or after the rally, if I miss it). Those who are able to comment are much appreciated. You aren’t talking to yourself, DP. Many of us are listening. 🙂

Trump supporters pack in together, many not wearing masks, at upcoming rally in Tampa, Florida. Queen's "Bohemian Rhapsody" plays on loudspeakers. pic.twitter.com/4aLmQPVUxU

OUr gracious First Lady speaking.
Thank you for taking the time to be here and supporting the campaign.

First Lady Melania Trump: “Under Donald’s leadership, we have blocked out the noise and focused on you, the American people.” pic.twitter.com/LlrdXYPBTw

Her English is improved. Good for her.

WHOO HOO!!!
Who knew FLOTUS would attend?
WE LOVE YOU
We love you too

We have friends in multiple languages.

Vaccines aren’t partisan, if you’re not supporting them it’s not right, no room for politics

We are a country of hope, not fear or weakness

First Lady Melania Trump: “We are a country of hope, not a country of fear or weakness.” pic.twitter.com/9n1841cdA6

Brilliant move to have Mrs. Trump there. GIves POTUS’s voice a bit of a rest. He tends to over use it, and I mean that in terms of it gets tired and labored as he talks.

Wow that was a surprise, Thank you Melania, Good Job!
Proud to be in MY, OUR, home state.

First Lady Melania Trump: “Under Donald’s leadership, we have blocked out the noise and focused on you, the American people.” pic.twitter.com/LlrdXYPBTw

33.1GDP Biggest in History of our Country
Biggest Business even in 50 years
No nation can compare
WE’RE NEVER GONNA LOCK DOWN AGAIN

We’re never going to lock down again.
Um, Mr. President, would you please give Dr. Sam Page, St. Louis County Executive (appointed), a call and let him know that.

When the election is over, my guess is HEAVY pressure on states, counties and cities to open.

Where’s Hunter?
LOCK HIM UP
WHERE IS HUNTER…..new chant, LOL

Crowd in #Florida chants: "WHERE IS HUNTER?" pic.twitter.com/gcZSjKZ8x4

WHERE IS HUNTER
In basketball jeer cadence.

Glad we have people here that speak crowd, cause I couldn’t figure it out, just knew it was good. Ty!

Look at what Tucker did
Followed up by Sean and Laura
Then next day, NOTHING
How about Anonymous?
We’re in Big Trouble with the press, the are truly THE ENEMY OF THE PEOPLE
Low staffer, should be major criminal liability for people like that
HE SHOULD BE PROSECUTED, ARE YOU LISTENING TO ME PEOPLE BACK IN WASHINGTON??
Now he works for Fake New CNN….see the light just went off
CNN SUCKS

RUSHA Took the LAPTOP FROM HELL to the repair shop.
Aren’t we all tired of RUSHA X3?
Russia must think we’re stone cold crazy!
I saw Watermelon Head the other day.😂

Flotus must wonder if all rallies are like this
This is HOME, we say it like it is

2.2 estimated to die
CHYNA should’ve never let this happen and we will not forget

FLOTUS sitting right in front of me! pic.twitter.com/MjQi9GuZig

Must absolutely suck to be you, then
/heavy, heavy sarcasm.

They’ve made 100’s of millions of $$$ scamming foreign countries

So someone must be peppering the audience w/ water droplets?
Let’s find out if they’re friend or foe, if foe, knock the hell out of of them😂
Oh look they’re getting the Press….For the record I had nothing to do with it 🤣

What Chyna has done to this country…
MAKE THEM PAY

This crowd is ELECTRIC!!!

The “WE ARE GOING TO DEFEAT” proclamation was just a STRING OF BOOMS!!!
CROWD ON THEIR FEET!!!

Even Colorado is surging RED!

Say the words LAW AND ORDER Joe
Chrissy, ‘he doesn’t have to’
Mike was a friend of mine
I thought Kristen was very good, people say she wasn’t, but she always gave me 10 seconds
10 seconds to me is like an eternity😂
In 10 seconds I got him to admit he would do away with oil

President @realDonaldTrump: This election is a choice between my vision of prosperity and Joe Biden’s plan to lock down America and devastate our economy pic.twitter.com/YX6lJM3ZJI

We are going to defeat the marxists, socialists, rioters, flag burners, anarchists

OMG, that was a great rant!

MADE IN THE USA

We’re rounding the turn
Hey, Did you hear, I had it!
First Lady had it
Baron, our very tall son had it
Has anybody noticed he’s slightly tall?
They gave me Regeneron, next day I could’ve taken on toughest person
Next day I said it’s because I’m young and in perfect physical shape
CNN can’t take a joke

Trump is PERFECT on vaccines and therapeutics here. More on that tonight.

BIDEN LOCKDOWN – that is a WINNING IDEA.
MICHIGAN LOCKDOWN……
“They’re doing it for the election!”

CURE can’t be worse than problem itself
CA lockdown, NY Ghost Town
They’ve got to open up

Sadly vents kill more than they save!

Glad I never got on one. That’s why the numbers are good now. Vents are the LAST RESORT. And they’re dialed down now, too – very important!

I think Trump touts that to further that point. Remember, Cuomo asked for 40000 vents, Trump delivered, just like EVERYTHING else in this fraud, the vents were NEVER used, just like the hospitals built, the hospital ships, or what ever happened to the BILLIONS of gloves, they fell by the wayside, because gloves are not a stigmata, masks are.

SS Bobby,I know I’m not supposed to say your name, I LOVE YOU BOBBY!
He jumped up, put on mask, so they could drive me outside of WRH
THANK YOU SECRET SERVICE

Hire the guy that paints the circles!!!

Trump and tens of THOUSANDS having a BLAST in NOT republican Tampa. Biden SCREAMING to a crowd of 30, mostly reporters in Cocoanut Florida..( WHERE? oh a suburb of Miami…home dem turf? WHY THERE JOE? EVERYONE knows Florida is decided in the 1-4 corridor, where TRUMP IS> ), about how bad everything is, as the GDP QUADRUPLES the past record. Hey Joe, it sure looks like a V to me…you lying creepy crook.

Our Allies treat us worse than our enemies, w/enemies we have our guard up
Germany loves BHO

SHe invited her husband up with their little baby!! Too cute.

DOUBLE KMAC – on the big screen and IN PERSON!!!

Who is going to say it better than Kaleigh? Right?

"Bad things are gonna happen to him" — Trump on Miles Taylor pic.twitter.com/jTOVMMWh1m

HAPPENING NOW—TAMPA, FLORIDA! It is imperative that EVERYONE gets out to VOTE for President Trump and Vice President Pence! LET’S DO THIS!!#Election2020 #MAGA🇺🇸🦅
🌐https://t.co/zqgeZML9Hf pic.twitter.com/9npKKtS9Xi

Building the Embassy in Jerusalem – the way only a Businessman President could do it!!!

Have intercepted 227 TONS of narcotics since April…. DAYUM that’s A LOT!!! 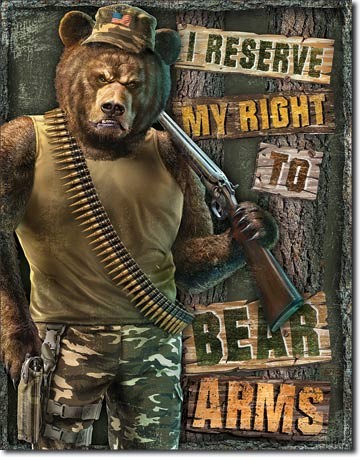 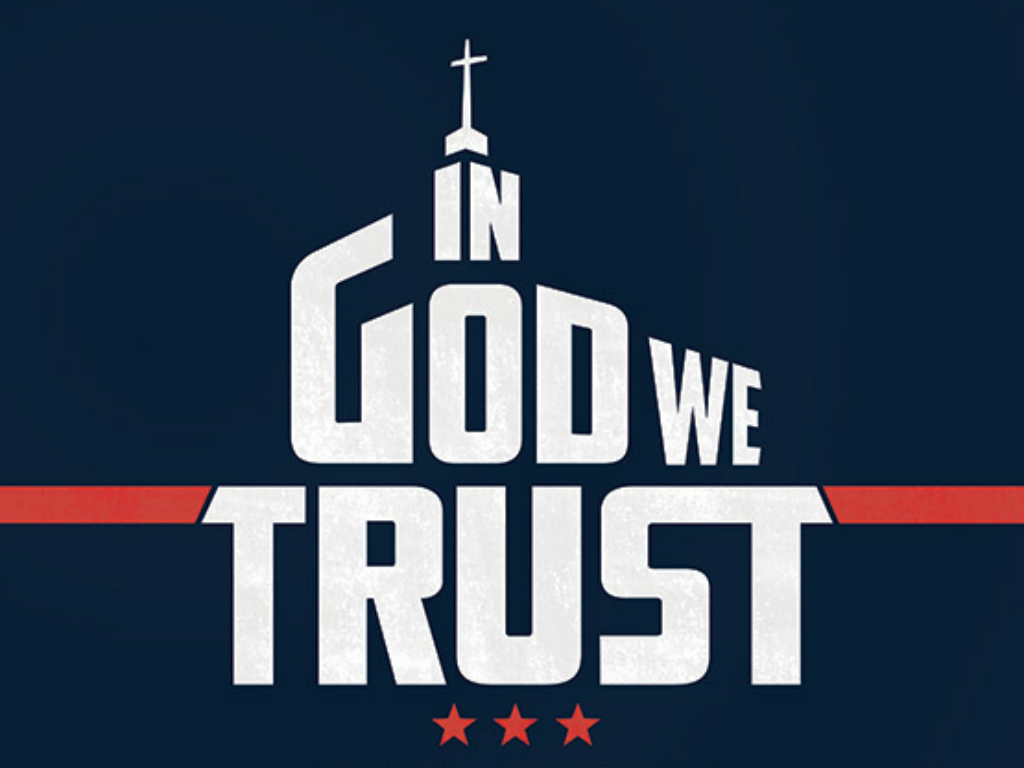 I started watching late, so I can’t comment on remarks as they happen. But I watched Pelosi’s weekly presser today, and it was all about negativity. The poor, those affected by WuFlu, the unemployed, the hungry children, the working people, blah, blah, blah — the same Dem laundry list that they never do anything about.
Those are always concerns, and Pres. Trump is addressing them with his policies while emphasizing the positives for the country. Her talk was such a downer. She’s been in Congress umpteen years, but what has she done to help? I don’t see Dems offering any hope except “elect me,” and where has that gotten us?

The Democrat Dark Winter….if they were to get more power!
RED WAVE 2020!!!

Most all Democrats home territories are in shambles, full of hopelessness, no jobs, no industries, high taxes, homeless, garbage and poop in the streets, etc.

THE BEST IS YET TO COME
WORKING FIGHTING
WINNING WINNING WINNING
POWERFUL
WEALTHY
STRONG
PROUD
SAFE
GREAT
THANK YOU, GET OUT AND VOTE FLORIDA

Well, on the bright side, I can do a better job on tomorrow’s daily!

Maybe I’ll watch a movie then.

The Trump Rally in Fayetteville, NC has been cancelled – inclement weather there!

Fantastic data out of @realDonaldTrump’s rally in Tampa!

After the Rally – President Trump and First Lady Melania went on to Ft. Bragg – for a military exercise. Closed Press.

AIR FORCE ONE wheels down Pope Army Airfield, Fort Bragg in NC at 5:05pm ET. Both President Trump and the First Lady deplaned and entered "The Beast" to undisclosed location on the base. Event is Closed to Press.

132
0
Would love your thoughts, please comment.x