In the interest of being organized and not cluttering up things too badly, multiple events on one day will be on one thread.

As of Saturday, October 24, with multiple states and locations in one day, the thread will feature highlights from the night before and just links to the locations. No history for now.

But, from our own BlackKnightRides re these rallies:

What happened in Minnesota? Late ti the party…

Cut short – it is cold – and too many people were not allowed in – at least – he did not cancel!!!

Sounded very let down to me.
Reading instead of from the heart.
Should have been PISSED OFF!

Agree – he was disappointed – I am sure he was ‘pizzed off’, too – but, he is too classy to show it – and he will have his revenge on election day!!!

Ellison screwed him out of the crowd. 1000’s lined up in cars on the road, they wouldn’t let in.
He’s Upset.
Brick suit agrees, when people hit POTUS, he hits back harder. Ellison is deep 💩💩💩!

So evenbthough he said its a protestthey locked out people bc they dont want MN voters and out of state to see how much support he has?

I suspect the MN police were controlling/cutting off access. 1000’s of cars on the road, hope they got video of it from the air

Simple solution, send the MARINES on FEDERAL land to show the “police” the ERRORS of their ways…STAND DOWN.

this is just another perverted tactic that will backfire in spectacular fashion.
Ellison is beyond any allowable descriptive adjective.
what a POS.
man, oh man, I would NOT want to be on POTUS’ sh!t list…and Trump is pi$$ed!
I’m glad he had a chance to speak to some press, sos we could hear and watch him respond to this BS.

If THAT is what they THINK they just got by what they did, they are SADLY mistaken. 25000 PISSED off Minnesotans will tell 10 x that many about what happened, MORE than enough to flip Minnesota red, and FLIP the dems and Ellison the BIRD. those 25000 and their families are MARTCHING lock step to vote for Trump Tuesday, and 10 x that many SAW the pathetic attempt, and will ALSO be iassed.

Quick and Sweet – the people who showed up for this rally will NOT FORGET on Election Day!!!

I would NOT want to be Ellison or the Dem Gov right about now, payback is a bitch, and Trump looks PISSED>

I hope there is a clip of it.

Looks like they cut the power too. I see MAJOR repercussions for this. I would NOT want to piss of the President..especially THIS President. They better PRAY Trump does not just send in the NG Wed after he wins and REMOVES Ellison and Waltz.

Oh, and you can BET that this will be tried again, and Trump will be READY. ALL they do is show their FEAR, the REAL polls must be devastating.

Yep but he CAN at the National mall in a few days.

POTUS is not going to tell people to break the mandate. He will strong arm the Witch in the background. If she allows BLM, Aunty Fa to protest, then Patriots on the Mall it is!

Let me tell you something, I truly believe the Covid TRUTH comes out Nov 4th, and Trump issues WARNINGS to all the dems and their “health officials” Silly I know, but tantamount to “Let my people (all of US) GO”, or I will unleash a plague on you with troops, consequences, DOJ suits, a nationwide address, an EO, and MORE.

Send a Tweet to him – Tell him we appreciate his effort – and we were with him in Spirit, Butterfly!!!

Thank you, duchess, for giving us the play by play. Much appreciated!

Most welcome, Linda – sorry it was so short!!!

President @realDonaldTrump arrives in Rochester, Minnesota—hops in his motorcade, and goes to greet Great American Patriots who were not allowed into this evenings #MAGA rally as a result of the Dem Govs draconian restrictions & mandates. Get out & VOTE! https://t.co/zqgeZMtyiF pic.twitter.com/kgVdZ4utby

Still a bigger crowd than Lying Biden and NO CREEPY CIRCLES!!!

LOVE IT, BUTTERFLY – Thank You so much!!! God Bless You Real Good!!!

ICYMI – Thanks, Tim, for providing this Tweet – God Bless You!!!

Please post in the Open Thread – so people can see – Thanks!!!

OANN and Fox News cut out, now back up.

If anyone here missed the MN rally, I recommend watching the recorded livestream. POTUS was angry—completely different tone than his usual rallies. Bad move, Commies. Not only is President Trump is going to be twice as determined to win MN, but all the people who missed out on the rally are going to be twice as fired up to vote. 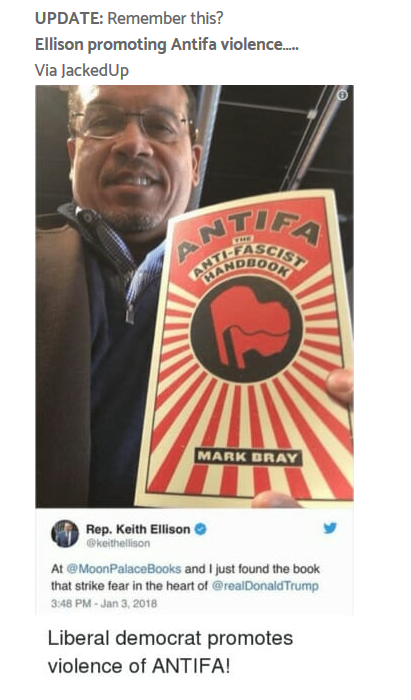 Pure desperation move by the far left radicals in Minnesota. Winning parties do not pull such stunts.
IT WILL BACKFIRE!!!

This little boy is very articulate. From one of today’s rallies:

191
0
Would love your thoughts, please comment.x