I tell you, I’m just sick of these guys.

Between the BIDENISTA commies and the BIDENAZI fascists – all of them kowtowing to the Atlantic Council and the WEF globonazis, we’re in for a RIDE.

What a bunch of WEINIES.

They DESCRIBE THEMSELVES. Projection at its finest.

Here is a serious take on it – and I do NOT discount this AT ALL.

But how should we react?

Sundance has the right attitude. We need to proudly call ourselves MAGA REPUBLICANS until these TOADS can’t even bear to use the words themselves.

President Trump Thanks the Patriotic MAGA Republicans of Pennsylvania, Incredible Images and Videos

Are you a MAGA Republican?

I sure hope you are, because in this election, the alternative to being a MAGA Republican, is that you are a BIDENISTA AOC SOCIALIST or a BIDENAZI NEVERTRUMP FASCIST – both clicking their jackboots to the Fuehrer Josef Beiden and his

You know – the weird lying vaccine that all the elite and least trustworthy politicians seem to connive about, and is probably a

Did I say that LOUDLY ENOUGH? The

I mean, I said the

You know – the one BEIDEN mandated for all your relatives.

Your PARENTS, your SPOUSE, and your CHILDREN.

THEY KNOW WHAT THEY DID.

AND THEY KNOW THAT WE KNOW.

And stay TRUTHFUL until they CAN’T WALK THE STREETS.

Here is a GREAT way to fight back on social media. I tweeted mine.

“As far as we can tell, this ‘thread’ of Conservatives (or as Biden called them, MAGA REPUBLICANS) explaining who they are and what makes them a ‘threat to the very soul of this nation’ started with Twitchy favorite, Oilfield Rando. Now, our pals on the Left will pretend Biden wasn’t targeting the people in this thread, but we know the only Republicans he sees as ‘mainstream’ are the ones who get pushed around and attack their own party.
Anyone who doesn’t bend the knee is a threat in Biden’s tiny little shriveled mind.

Or what’s left of it.
We love these tweets as they serve as a reminder of who the Right really is …”

MANY great examples in the article.

GREAT! Will check it out now!

Just changed my title on here, like one of those tweets.

Need to do it on Gab now! 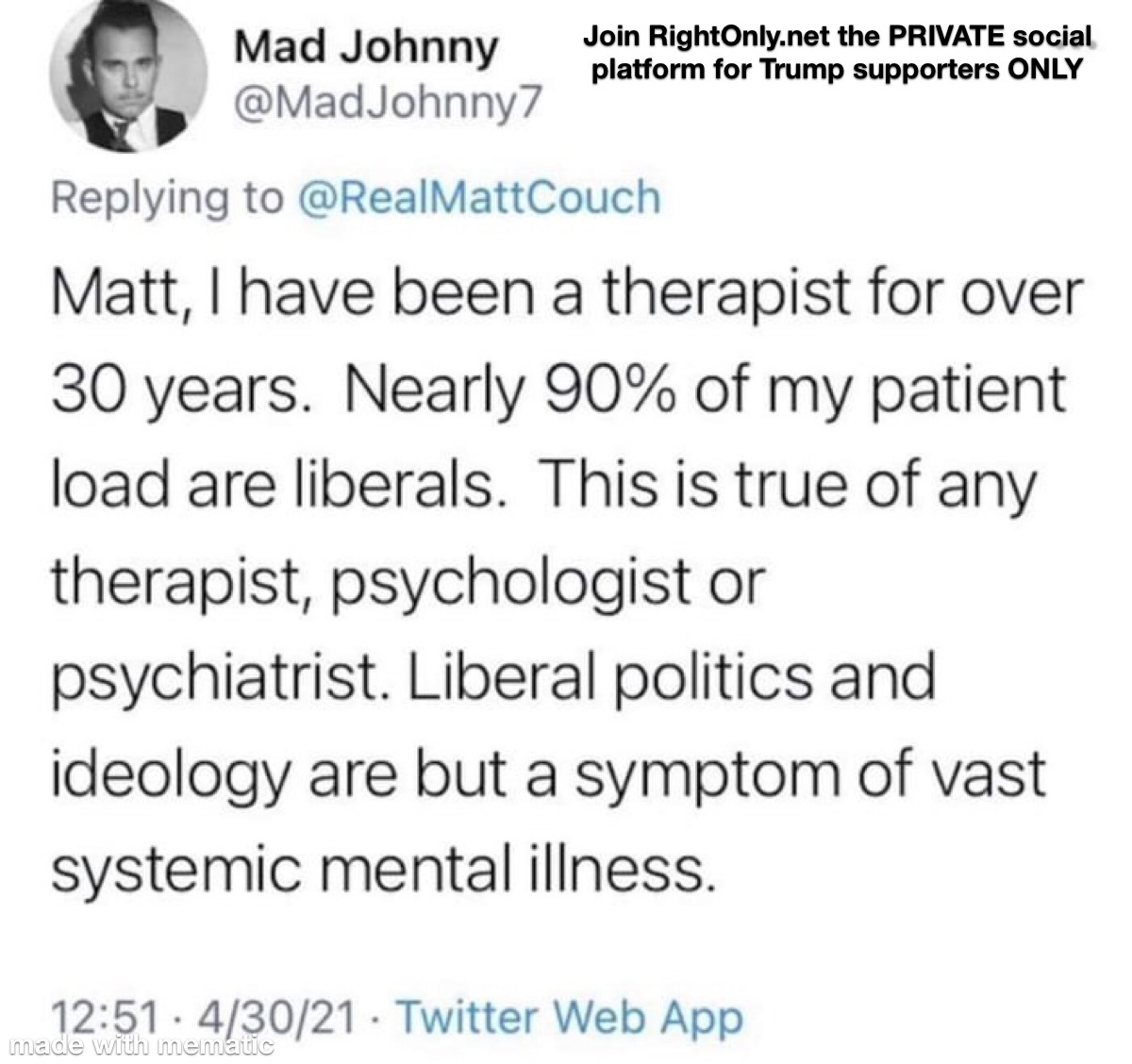 Let em fuck round and find out.. Me and my brothers and sisters who served know our Oath NEVER expires..
Play time is over, biden drew the line in the sand not me or any MAGA Patriot…

At last night’s rally, PDJT said he was keeping the MAGA slogan, so that’s perfect. MAGA all the way.

We are MAGA in a car
Using gas, so we go far.

We are MAGA on the ice,
And most often we are nice.

We are MAGA eating meat,
We are MAGA; feel the heat! 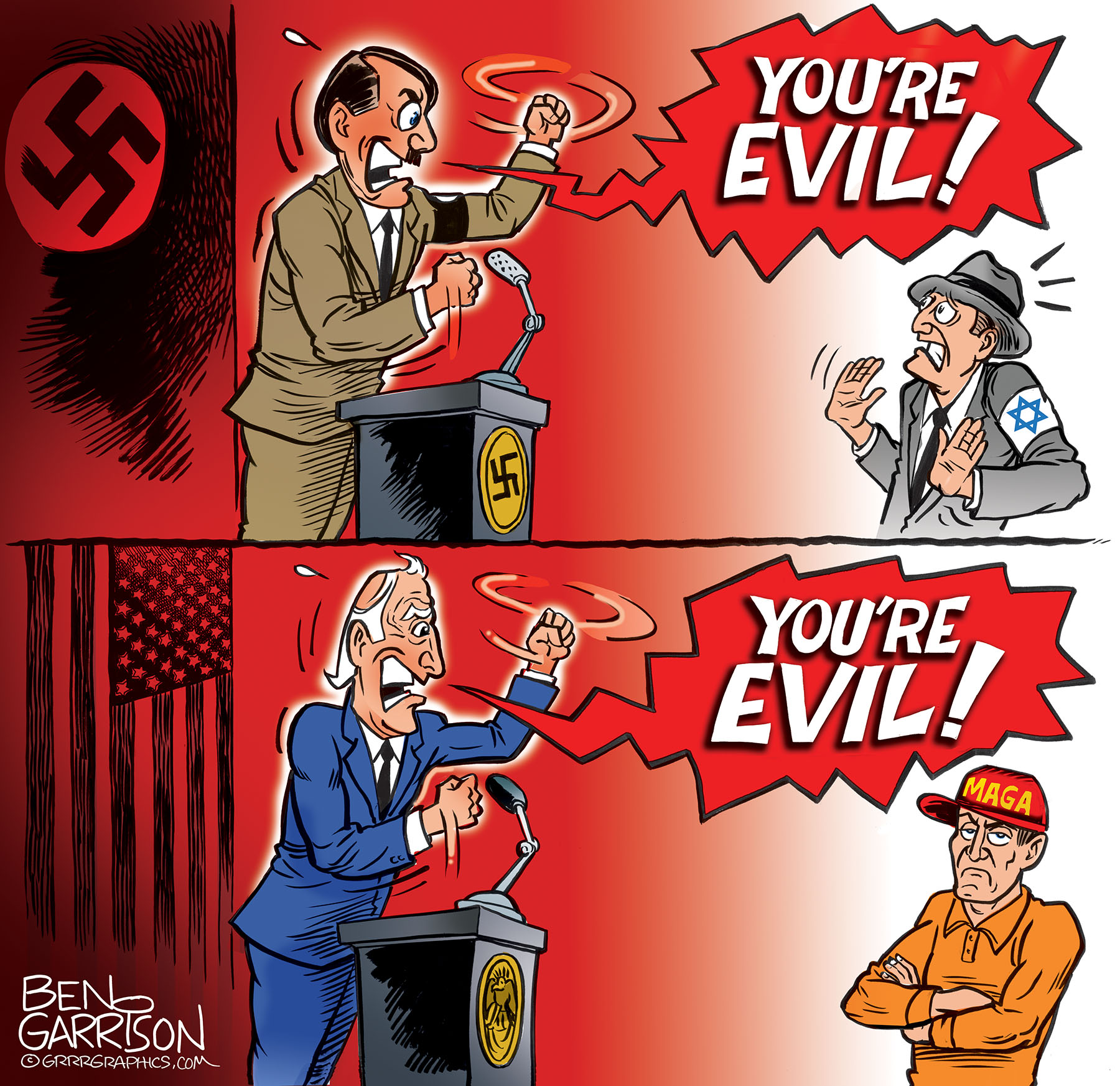 It has no effect on the MAGA guy except to annoy him.

That is exactly because there are so many of us and because we are no longer afraid.

The difference with Hitler is that he picked a small enough minority that mass formation psychosis against them was successful. Never forget! There, but for numbers, strength, and the grace of God we go!

And we have the Second Amendment and all that it entails!

Now till Election Day will be most interesting. What will happen between now and then?
What have Zero and his furies decided to do next?
Because everyone knows Old dementia Joe isn’t running anything and that’s the elephant in the room.
IMO there trying to get him to the midterms and then he’s gone. The red speech is definitely a projection onto what “THEY “ consider the roadblock to the agenda.

Whatever they do in the next several weeks will be very bad, very malignant and arrogant. ATM we must encourage each other to STAND OUR GROUND.

Stay MAGA. Great Post. Love it, and Sundance has been incredible. too.

23
0
Would love your thoughts, please comment.x