This WE LOVE OUR FLAG WEDNESDAY open thread is VERY OPEN – a place for everybody to post whatever they feel they would like to tell the White Hats, and the rest of the MAGA KAG! KMAG world (KMAG being a bit of both).

And what do we want to be able to tell our VSG?

I AM PRAYING FOR YOU!

Forget about Nike! Thanks to their silly flag flap, I’m excited about the Betsy Ross Flag!

Here is how you make one, shown as an animated GIF image:

The 13 stars can also be arranged in a Star of David, like this:

Here is a great site, showing all kinds of rare 13-star American flags:

SOME PEOPLE – (who might be weird Hollywood pedovore creepy types) – may worry about the American flag, but not THIS HERE WOLF.

He will be WAVING HIS FLAG in just one more day, on the 4th of July.

We will be having a BIG SHINDIG here, so don’t you miss it!

And GOD BLESS these UNITED STATES of AMERICA!

Thank you again! Your h/t is coming! 😉

Interruption Ladies We are fishing.. 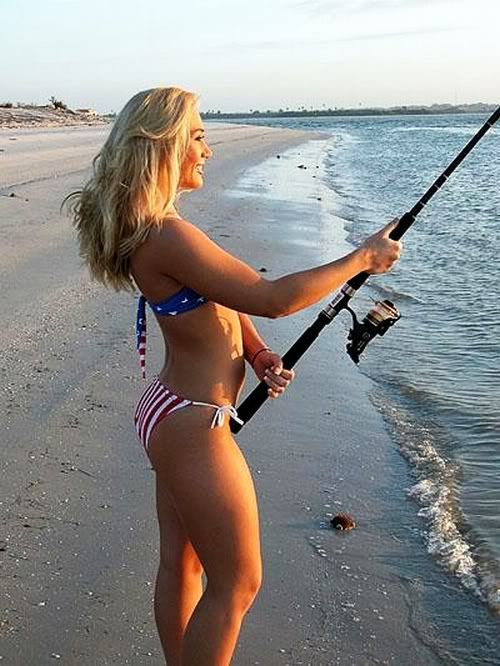 Nah, we’ll just push you out of the way.

‘Merica!
Love that surf-casting rig. The holder ain’t bad, either. 😉

The left will just view it as “trolling” 🙂

this is a long listen, https://youtu.be/mxqTZuwAkZU
Lucid Dreamer has been dealing with following the money and the crown manipulation of our usury banking and legal system. He is connected to Manna Trust and Kim. If you are one that is interested in the bank reworking, this episode he is detailing crypto currency, the bs behind the LIbra Association based in Genev@ which is a front for the RoTh$child family, and talks about the SSP involvement in the missile launch on AF-1 last year. He names names. Its a video but runs like a radio show or pod cast, don’t need to watch it.

David J Harris has such a great laugh.
Haaaa.
This is a good clip:

America… I have to expose @realDonaldTrump for just how racist he is! pic.twitter.com/k3OPa3Qk9i

OH, THAT is worth the click! 😀
NOW – just like I said for YOUNG BROTHER CJ who also got an invite – take care – the DEEP STATE is all about keeping POTUS separated from his black supporters. What happened to Terrence K. was NO ACCIDENT. I will NEVER believe that was just an accident.
And why did they want to take out Terrence? Because he is VERY EFFECTIVE. He is ALL OVER the enemies of this President!

So why is this not trending on Twitter Today?

Why is this not being talked about on CNN today ?

If a trump supporter attacked a gay Asian would they let it go?

RT! They want to bury the story! pic.twitter.com/SCrAubleXZ

I mentioned this at the time. My opinion is unchanged. The CABAL play DIRTY.

Yep, I agree…Terrence was targeted.
That was no ‘accident’.
Early on, Terrence himself even hinted that he didn’t think it was an ‘accident’…then he dropped it.

“The CABAL play DIRTY.”
_______
And David J Harris is in California…so he is especially in danger.
He hasn’t keep his location a secret either.
He’s used the front of his house as a backdrop in some of his videos…and during the wildfires out there, he made no secret of where he was located.
😒😟

The fact that David has made TWO trips to the WH already tells me that he’s got the “situational awareness” thing DOWN – so I’m not as worried about him, although YES – California – bad stuff – a video game plot’s worth of dangers.
No – CJ is who I’m worried for. The Cabal is really nasty and sneaky with young people. I have not related all my experiences, but red pills have taught me just how much I missed back in the day. The Marxists are like VULTURES around schools and universities.
Didn’t they already pull some kind of BS on CJ? Just gotta be careful! After with what they have done with Candace, I feel like they’ll do ANYTHING to blacks who threaten the Democrat plantation.

Yeah, I know. Made in China and sold by Amazon. Blah, blah.
I ordered one anyway and will fly it the rest of the summer.

UNBELIEVABLE……..
Soyboysox Justin from Canada is scheduled to host a cyber defence conference in Ottawa sometime in October this year. His upcoming un-election also scheduled for Oct is creating conflicts. Having PO’d almost every Nation on the planet his guest speaker was to be ……….. ready for this? the one, the only HRC!!!!
Aside from the seriousness of his corrupt ineptitude, it was the butt of jokes from every peak and valley. Some suggested that the only props she need bring was a jug of bleach and a big hammer.
Today, Reddit is reporting that she is unfortunately not able to attend…no explanation just can’t make it. Too bad, so sad. In spite of all the time Barry Soetora and Michael and even Queen O from Chicago have been spending in Canada to aide in his self effacing strategies, once again he is left a lonely wallflower. There is no depth to the damage he has done to a Canada, once a great Nation.

Do you have links, please? I need to check this out. If she does show up, there is likely to be an event like New Zealand.

it’s on Reddit News earlier today. I’ll try to locate the link and post it to you.

Thanks! No rush – obviously a lot of time. Appreciate it!

Wolf, I responded to you re: ROC, but it’s at the end of July 3’s thread (it was super skinny with no ‘reply’ possibility at where it would have otherwise gone).

Thanks – I’ll take a look after things calm down!

Original info includes May 31st breitbart article confirming HRC as keynote speaker at Cyber Defense Summit Oct. 9th. Note this is to be held somewhere in North Carolina and NOT Canada as told earlier.
https;//www.breitbart.com/tech/2019/05/31/cyber-defense-summit-announces-hillary-clinton-as-keynote-speaker/

I fixed the link – really wish we had editing like Gab!!!

reddit article posted yesterday, july 3,2019 states, “Due to unforeseen circumstances Sec. Clinton will no longer be able to participate in this year’s conference.”
The announcement was accessible thru reddit.com/r/The_Donald/ but is not readily available as the donald is always in quarantine. The article was saved by my wife and is no longer visible there at all.

Check these machines out in Germany
https://www.youtube.com/watch?v=ratKBu2cRp0

Good. This is very helpful for the argument to move forward. Hopefully you will see where the things that you, I, and Covadonga are all saying can be simultaneously true.
I agree with everything you are saying about “control of the gay agenda in Russia and the ROC”.
Suppression of the gay agenda was a key feature of Russian communism, and it remains so in post-Soviet Russia under Putin.
Please note that in China, where the Catholic Church is also present as one of the major “allowed” religions, the “gay agenda” is strictly controlled. However, the Catholic Church ITSELF is strictly controlled as well, and is heavily infiltrated by communists as part of that control. The Catholic hierarchy in China is often derided as basically being ChiComs.
Now – WHY (one might ask) would the Soviet and Chinese communists encourage a gay agenda HERE in the United States, in Britain, and in Europe, but NOT in Russia or China? Why would they do this by surreptitious means, though money and influence highly disconnected from their hands, but discoverable by long investigations? This is, or course, highly analogous to Russian support (both Soviet and post-Soviet) for “green groups” in the West, while selling non-green products and buying up uranium which is price-lowered by those same green groups and still-running Soviet propaganda programs launched in the West.
The point Covadonga is making, and with which I agree strongly, is that it is VERY unlikely that deep communist infiltrators (especially Merkel-grade) have been removed from the church. High-grade infiltrators are very difficult to distinguish from normal believers, and the most important point about communist infiltration is that you don’t need ALL the leadership compromised – just SOME of them.
Let’s look at my selected statement again:
“Decommunization of that church, IMO, will be slow and never complete. The real question for me is whether authentic Christians are or will ever be in substantial control.”
By authentic Christians, I’m not talking about conformity to or stand against the Western, Soviet-initiated gay agenda. I’m talking about whether they are Communist Party members or assets.
This is logically based on the degree of difficulty in removing communist influence in American churches, which some might argue is now IMPOSSIBLE. And yet American churches have only been under STRONG infiltration for maybe 50 years. Russian Churches were under communist control for 80 years, and the party is still not banned by Putin, so they’re surely quite active in keeping their people everywhere.
So I stand by my opinion. I think the ROC in Russia may hate gays out the wazoo, and may have a much more orthodox practice of Christianity than America. But that STILL does not address the issue of communist infiltration, which looks remarkably DIFFERENT in America than it does in Russia (still now) and China.
HOWEVER, I will grant you this. IF you can find evidence of REAL PURGING of communists from the ROC leadership and seminaries AFTER the fall of the Soviet Union, THAT might convince me. 😀

634
0
Would love your thoughts, please comment.x