I was thinking the same thing. 😀

A very satisfying, uplifting post about human connections and how we positively affect each others’ lives when we choose wisely. Thanks, Daughn. You are a true gem 💖💖

We’re having so much fun.
Dems in disarray. Pelosi is married to the Communists. Life is good.

And Potus arranged that shotgun marriage

Perfect analogy.
Quite a ride.

We may have slightly Twinsed tonite SISTA!!!

Oh Daughn and Marica, you’ve just given me back a wonderful memory of my dad. I had a whim once and asked him what life had been like with mom. He told me: it’s been a glorious ride. 🙂 My dad was a mechanic, an autobody repair guy with his own shop, and an insurance salesman. He was also a poet. Love you guys have a great day!!

He sounds like an all around good man with a great attitude. 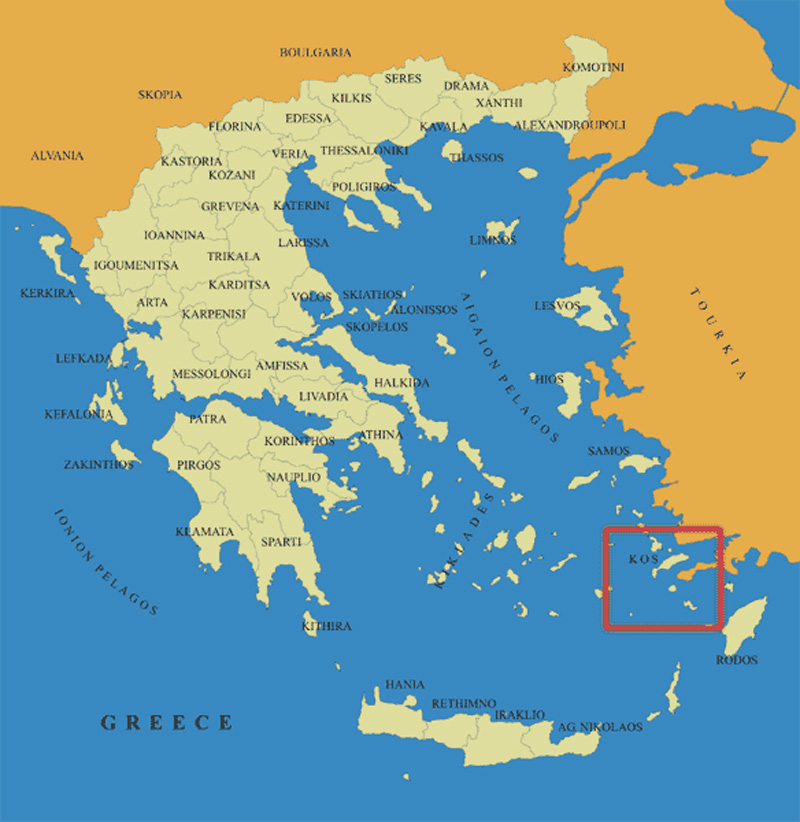 What is it with this blog and everyone posting maps and photos of islands?!?!

Here’s some pictures of the natural caves: 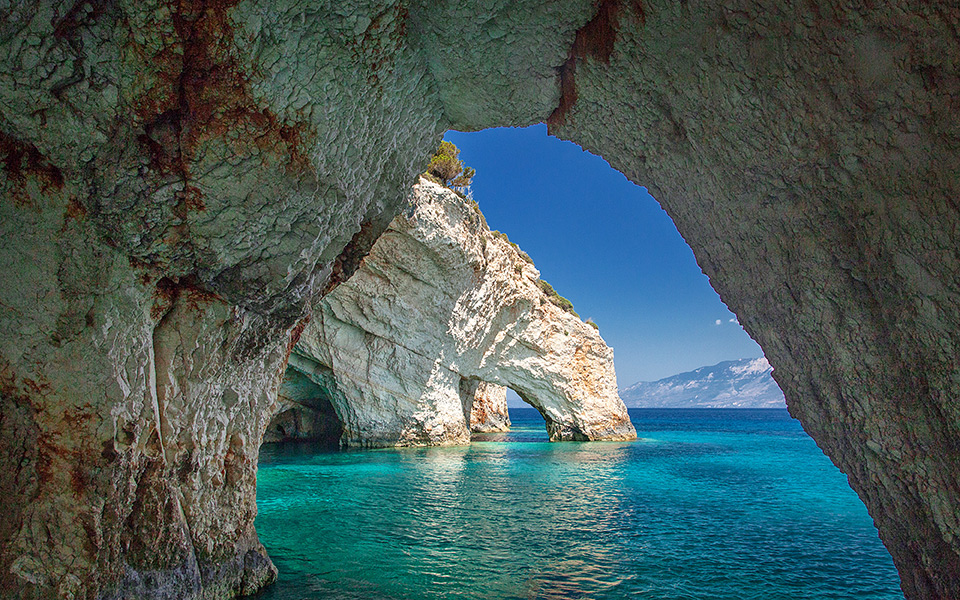 It’s gorgeous. Would have been the experience of a lifetime for him.
Oh well.

Let’s ALL go when the time is right!
Me thinks the Greek Isles are paradise on earth 💥

We could be there by dinner time.

I could be stuck at an airport by dinner time! 😛

OOOOooooh DROOL…
I just posted this on another Daughn thread but in honor of those ocean caves…
Meet Sheck Exley (April 1, 1949 – April 6, 1994) Cave Diver Extraordinaire. I knew Sheck through the NSS and went on a few cave trips with him.

…is widely regarded as one of the pioneers of cave diving,[1][2] and he wrote two major books on the subject: Basic Cave Diving: A Blueprint for Survival[3] and Caverns Measureless to Man.[4] On February 6, 1974, Exley became the first chairman of the Cave Diving Section of the National Speleological Society.[5][6] During his career, he established many of the basic safety procedures used in cave and overhead diving today.[2] Exley was also a pioneer of extreme deep scuba diving….

Sheck was a great guy and a good teacher. He gave several seminars on Cave Diving at NSS events. I was devastated when I hear he had died so young.
And no he is not related to THAT (spit) Exley.

To continue the caving theme. My Ex and I went to a NSS convention in Decorah, Iowa. As usual a bunch of us piled into a vehicle and drove from the East coast to Iowa non stop. One of the bunch introduced us to some friends from another state and for the week we all went caving together.
Fast forward a few months and my Ex gets transfered to Germany and who should we meet? Why those same cavers we met in Decorah, Iowa. We ended up forming a caving group and went caving all over Europe together.
It gets better…
I am caving in England with some people I met while caving in Belguim and who should I meet coming out of an English cave? An English caver I had met two years before in MEXICO!
So yes it is a small world.

See there. It really is strange. We never know.

See this is just awesome.
Not only do we learn some amazing things about caves, islands, survival skills, and about Sheck Exley…
…we also get to jam up the natural language processing algorithms with orthogonal information content that requires a human and not a computer to untangle!
All because the “keywords” are in the wrong places 😉

If you mapped out your lifes connections, youd need a giant roll of newsprint!

My paternal grandmother had a gift of being able to connect with all sorts of people, any time, place and age. My dad and I had stories to tell about her when his folks came to visit us here in the PNW. More than once, she and I would be in line at the store, and she’d start talking to the next person in line, and inevitably, would find that they knew someone in common. Now mind, she was from Texas. My Dad had taken her fishing at a local salt water park, and whatever bait they were using didn’t seem to be very satisfactory. The guy next to them was catching some fish, and she thought she’d just borrow some from him. Daddy decided he’d go purchase some similar bait and told her, “now mama, don’t be bothering the gentleman.” When he came back, found that the gentleman had shared bait with her and guess what? Yup, they had a mutual acquaintance.
It’s a real gift to be able to connect with people like that and appreciate people from all walks of life, no matter their age, sex, race or occupation. People are just people, the world over. I see this same view expressed in many of your posts, and is something I really appreciate, and have taught my own children and hopefully others as well.

True.
In the south, we’re taught to talk to people in line in the grocery store, wave to strangers. And you are soooooo on point. Always some connection.
It didn’t go over so well in Manhattan or Miami.

You’ve got to play the had that you were dealt, in whatever room you’re in.

Yup, so true. You never know what can lie around the corner.

Thanks Daughn, another fascinating tidbit from your life story! These are better than a book as we get to digest the short stories while engaging in your current personality and knowledge.
I’ll still buy your book. 😁
We are very lucky to have you.
Having travelled from one end of my country to the other and finding connections everywhere, yes, a very small world…and running a shop in town provides even more chance of a connection, when you engage, which is what I loved most. I admire you for keeping/using those contacts and for being so intelligent and brave! To have so much belief in yourself is something that I’ve always struggled with and you are proof that you can do anything you put your mind to.
I hope you get a getaway in Cyprus one day…with bells on. 🍸

She was willing to do ANYTHING for the order.

Great story Daughn .. I really like hearing about your family’s sagas … awesome .. 🙂🤚❤️

I love small world stories and it’ amazing how so many have one when sitting around in a group. I’d like to share ours…actually two on the same trip.
Several years ago we spent a couple of weeks in Southern Spain..first week touring and second week golfing. A little prologue …
We were friends with a couple from our golf club…she was the widow of a former Ambassador to Spain so wanted to give us some highlights. She remarried to an Englishman, who had been a professional cricket player…a sport we never really understood then or today!
First week…we were in the ancient town of Córdoba with it’s impossibly narrow streets. Decided to abandon our car and walk into the heart of the old town to locate the inn where we had reservations. (Long before cell phones,GPS, etc).
I speak Spanish so told hubby I was just going to ask the next person we saw for directions. With that, a young man came out of a door into the ally, so I asked him in Spanish about the Inn. I turned to hubby and told him, in English, what he man said. He said, in English…”oh, you’re American!” I then said…”oh, you’re American!”
He then offered to walk with us there and the usual…where are you from conversation started. He said…”I’m from xxxx on the Jersey Shore.” Hubby said…”I’m from xxxx, too.” The man then said…well, i’ve lived in Canada for several years but now i’m teaching here in Spain.”
Hubby said…”do you have twin brothers and your family name us zzzz?”
You can imagine not only his shock but mine, as well. Hubby then said…”Your family have been patients of mine for years.”
The man was a Viet Nam draft dodger, fled to Canada and never returned to the US…and, of course that is why hubby connected the dots so quickly.
What are the odds or meeting someone from the same town in NJ in a city in the middle of Spain…and him walking out the door as we passed?
Week 2….having cocktail one evening and another couple asked to join us. They were English and we enjoyed chatting. In the course of conversation he mentioned he had been a professional cricket player.
We said, well, we only knew one cricket player in the world and his name is ssssss. With that the man shouted..”.OMG…Stumpy!” They were on the same cricket team in England for years and “Stumpy” happened to be the Babe Ruth of cricket in those years. He immediately got paper and pen to write a note for us to take back to Stumpy.
Small world indeed!

Teagan!!! What great story!!
It is amazing isn’t it?
With 8 billion people, it’s still a small world.

Teagan
I hope this is not a to personal question?
Several years ago I came across a Teagon on a Susan Boyle forum who traveled to many concerts of Susan’s to UK.
Her husband was also a Physician. My handle was different at the time.

I too have met people in unexpected places who came from Southern OH .
One was funny we were standing in line in Chicago to buy a bratwurst from a vender at the Christmas Market. Behind me was a couple my husband said something about the town we live in and the man said” I am from there do you know XYZ that is my company.” My husband said I work at the university.” The guy said ” my cousin works there.” My husband said “who is your cousin.” He gave the name.” My husband said” yes I know him he works for me.”
My husband hand I had many instances like that. Yes it is a small world that is why one never gossips or says something about the little town we live in when out and about one never knows who is listening 🙂
Daughn great thread .

38
0
Would love your thoughts, please comment.x