I imagine that our anti-vaccine folks are starting to feel as confused as a chameleon in a bag of Skittles, just as the Left (which would be opposed to oxygen if Trump were to explicitly endorse it) is. Because PDJT is obviously pushing hard for a vaccine. And similarly for the very anti-mask amongst us, as Trump appears to have endorsed face masks as well, at least in certain contexts.

I think it’s all part of the effort to ensure we are able to physically (and safely) go to the polls in November, an effort to force the Left to concede that it’s safe to do so–after all, the Left claims masks work and the Left loves vaccines uncritically.

It does matter, greatly, what sort of vaccine it is too, as Wolfm00n pointed out yesterday. The Gates vaccine? No fricking way, and I am by no means anti-vaccine as a general rule. But those who approve of any vaccine, qua vaccine, will be forced to accept the Trump-approved vaccine or admit that sometimes a vaccine is a bad idea. Unless they truly can engage in Orwellian doublethink: the ability to simultaneously accept two obviously contradictory ideas as true.

Orwell was very good, not just at pointing out the value to a dictatorship of having a monopoly on the media and the historic record, but also the sorts of thought processes such a dictatorship would want its mid-level people to have. Doublethink is essential for the low-level people to remain loyal to the movement, otherwise they could be redpilled if the media monopoly cracks.

Reminder of the Most Important Thing about the MAGA Movement

Yes, I am going to harp on this, because it is the most important thing President Donald J. Trump has to do, and he hasn’t really gotten started on it yet.

Our movement is about replacing a failed and corrupt political establishment with a new government controlled by you, the American People...Our campaign represents a true existential threat, like they’ve never seen before.

1. No food fights
2. No running with scissors.
3. If you bring snacks, bring enough for everyone.
4. The gun is always loaded.
4a. If you actually want the gun to be loaded, like because you’re checking out a bump in the night, then it’s empty.
5. Never point the gun at anything you’re not willing to destroy.
6. Keep your finger off the trigger until ready to fire.
7. Be sure of your target and what is behind it.

Now it wouldn’t be one of my posts without a coin, would it?

In honor of the fact that gold has been skyrocketing…well, let me point out that silver has been skyrocketing even more. It was in the eighteen dollar range while gold was in the upper $1700s, and now it is in the twenty two dollar range now that gold has just poked over $1900. In other words, silver is climbing relative to gold, and gold is climbing against the dollar.

There was a time, not too long ago, that if you wanted gold in a coin form, and didn’t want to pay extra for collector value, the South African Krugerrand was it. Actually, it wasn’t all that long before that, when it was illegal for US citizens to hold gold bullion at all. Exceptions were made for coins with collector value, because their primary value wasn’t the gold in them.

(Much of our then-common gold went overseas to Europe after FDR tried to confiscate it, and has been gradually repatriating to the US market ever since it became legal again in the 1970s.)

Once gold became re-legalized here, bars and Krugerrands were the main options; then other countries got into the act, including Canada, Austrilia, the then-Soviet Union, Red China, and of course the USA. At this point, apparently, the USA is the market leader! (My avatar is a picture of the reverse of the US series.)

The US coinage actually has favorable tax treatment (unless something changed in the Trump tax cuts). Coins and coin collections are always taxed at the sort term capital gains rate of 28% even if you’ve held onto them for more than two years…except for the US silver, gold, platinum and palladium eagles, which drop to the long term rate after two years.

Should one run off and buy gold, since it’s going up so quickly? Not so fast. It’s going up too quickly. This shows the signs of being a speculative spike or bubble, and therefore, only if you have nerves of steel and are willing and able to cut out just when it seems as if you should stay in, can you go in and hope to get out before it collapses. For the rest of us mortals (including me), it’s too likely you’ll be burned. More likely it’s a good time to sell.

But people who bought gold twenty or so years ago when it was under $300 an ounce are sitting pretty.

Disclaimer: Neither this, nor any other coin I post, is mine. With older coins, I’m going to find the best pic of one on the internet, so even if I happen to have one, it’s not the nicest one on earth…and some coins are worth more than my net worth so I certainly won’t have those! As far as Krugerrands go, I’d rather own the US gold eagles, if nothing else because of the favorable tax treatment, and besides the brown color of the Krugerrand is ugly.

Just one more thing, my standard Public Service Announcement. We don’t want to forget this!!!

Ted Wheeler deserves to be in jail when this is all over.

Along with the putz from Seattle, NY, Beetlejuice, Oakland, LA…
If vigilantes were active these days, they’d be an endangered species.
(And I am NOT suggesting violence 🙂

Yup. I hear you.
PEACE is a weapon for the patient, but it works like crazy.

Agree – aiding and abetting – participating in unrest – standing and watching as they destroy federal property – thwarting police from doing their constitutional duty.

I think he’s really deep in with the Comey Klan. Red Flag Poster Boy was set up to do his little schtick outside Wheeler’s home. That thread runs deep through JTTF – which is a total WTF without understanding the degree of take-over in FBI and DOJ.
China is up to NO GOOD. And our left is HELPING BACK. LOTS of electrons in that packet.
Of course, a very similar number of protons, too. But mostly neutrons.

Sounds like something out of The Adventures of Brisco County, Jr.
“Neutron dance, tenderfoot!!!” 😀

I’ll pass on that video but remember that in that dreadful movie This Island Earth (ripe bait for MST3K, and they did a full length feature of it), a cat was named “Neutron” because, as the owner said, s/he was so positive.

A glimmer of positive Covid news…
FTA
Stanford Professor of Biophysics Claims US COVID Will Be Done In 4 Weeks by Late August
Dr. Michael Levitt, a Stanford professor who also has a degree from Cambridge, claims that COVID-19 in the US will basically be over in 4 weeks.
Dr. Michael Levitt sends a message of hope to America and the world:
(A couple of his TWs in the article.)
US COVID19 will be done in 4 weeks with a total reported death below 170,000. How will we know it is over? Like for Europe, when all cause excess deaths are at normal level for week. Reported COVID19 deaths may continue after 25 Aug. & reported cases will, but it will be over.
Quote Tweet
Thanks so much. Total population and totally annual natural deaths very similar to EuroMOMO area. Right now there are overall 414 reported deaths/million in US. If same as Europe, US about 80% complete. Certainly hope this is true and US saturates at no more than 170,000 deaths. twitter.com/czr111/status/…
*https://www.thegatewaypundit.com/2020/07/stanford-professor-biophysics-claims-us-covid-will-done-4-weeks-late-august/
*

US COVID19 will be done in 4 weeks with a total reported death below 170,000. How will we know it is over? Like for Europe, when all cause excess deaths are at normal level for week. Reported COVID19 deaths may continue after 25 Aug. & reported cases will, but it will be over. https://t.co/lnpxZ3bHIy

Uh, slow is wondering is that a TW thing with the #? Certainly not seeds with Chinee asshoes mailing stuff.
Help me out Michael, please 🙂

Got it. Thanks.
So, it was both TW AND Chinee asshoe seeds.
Laughing at it all.

KDA has been notified that Kansas residents have received unsolicited packages containing unknown types of seeds. If you receive a package of this type, please DO NOT plant these seeds. Read the full news release here: https://t.co/fw6XCcbRxZ pic.twitter.com/OrzcIcRI70

A strange case out of Utah: people receiving mysterious seed packets from China. They're likely harmless, but if you receive seeds you didn't order, report them to your local agricultural department. https://t.co/ReyPTrRTG6 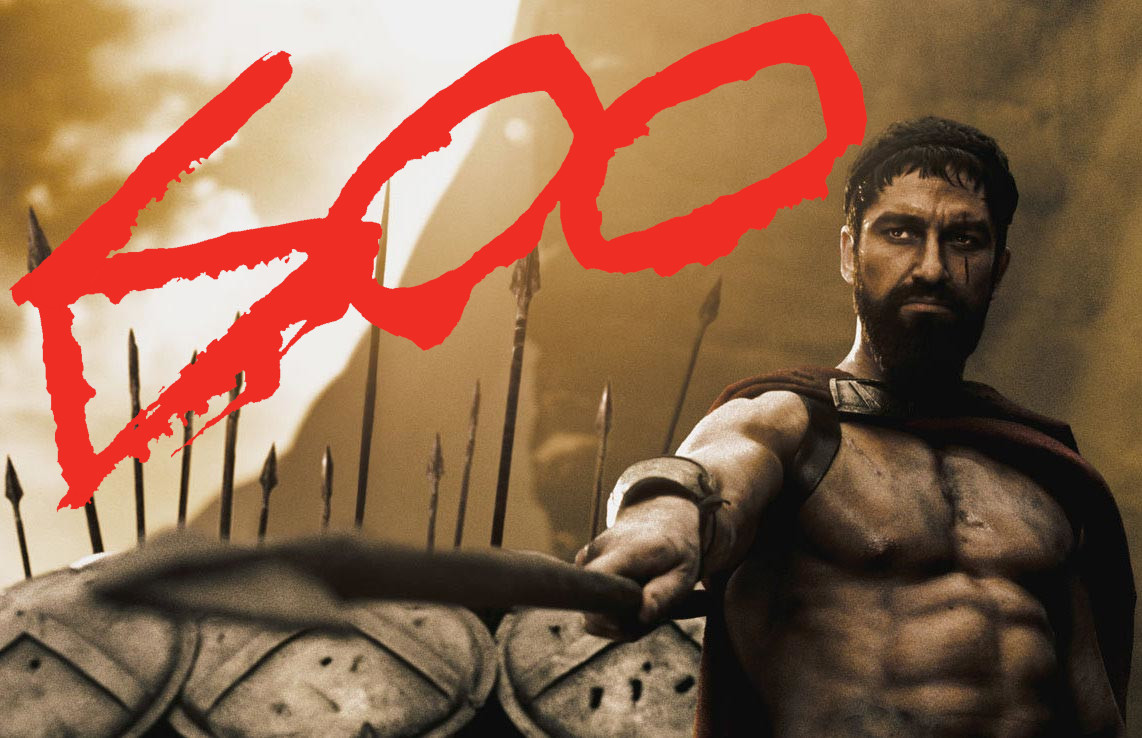 Leaving this here for you Steve.
KEK! Libtard Denver weatherguy pisses away his cushy $300,000/yr gig with one woke tweet!
(same station as that QAnon-hating little bitch Kyle Clark)
Meteorologist Marty Coniglio leaves 9News after comparing federal troops to Nazis
Coniglio spent 16 years at the station
By Sam Tabachnik | stabachnik@denverpost.com | The Denver Post
July 25, 2020 at 4:19 p.m.
Meteorologist Marty Coniglio, a staple of Denver TV weather for three decades, left 9News Friday, a day after he compared, on social media, federal troops in U.S. cities to Nazis.
Coniglio, in a text message, confirmed his departure but said he would “not be able to talk about the situation for at least a week or so.”
Mark Cornetta, the station’s president and general manager, said in an email that “Marty is no longer employed by 9News.” He declined to comment on the circumstances surrounding his exit.
Thursday morning, Coniglio tweeted “Federal police in cities … now where have I seen that before?” with a picture of Nazi soldiers posing in front of a Swastika banner.
The tweet came the same day President Donald Trump announced he would be sending a surge of federal troops into Democratic cities to combat local crime.
Coniglio later deleted the tweet, but not before dozens of users screenshot it, including U.S. Rep. Ken Buck, Colorado’s Republican Party chairman.
“Comparing the brave men and women of our law enforcement community to Nazis is absolutely reprehensible,” Buck tweeted.
The Colorado Republican Party also responded on Twitter: “Republicans know that the press leans to the left, but are fellow reporters okay with this type of radical hate against law enforcement from employees at local news stations?”
Channel 9 appears to have taken Coniglio’s bio down from its website, and the meteorologist has removed any mention of the station from his Twitter page. Coniglio’s bio now promotes his skills as a forensic weather expert and expert witness in legal cases and insurance claims.
He told Westword last year that he intended to leave 9News at the end of 2019 as he dealt with various health issues, but he ended up staying with the station. Coniglio previously worked at Denver7 and CBS4 before spending the past 16 years with 9News.
https://www.denverpost.com/2020/07/25/9news-meteorologist-marty-coniglio-tweet-nazis/

650
0
Would love your thoughts, please comment.x