His Fraudulency continues to infest the White House, we haven’t heard much from the person who should have been declared the victor, and hopium is still being dispensed even as our military appears to have joined the political establishment in knuckling under to the fraud.

One can hope that all is not as it seems.

I’d love to feast on that crow.

But we do have a nice little distraction at the moment. Trump’s side took the floor today, and after only four hours of the sixteen they were allowed, let it rest.

I saw none of it, but the consensus seems to be that they kicked some ass, at least as far as rebutting the prosecution’s case is concerned. The Great Fraud was unaddressed and of course some are complaining about that.

I guess we’ll be discussing that today.

Justice Must Be Done.

The prior election must be acknowledged as fraudulent, and steps must be taken to prosecute the fraudsters and restore integrity to the system.

Nothing else matters at this point. Talking about trying again in 2022 or 2024 is hopeless otherwise. Which is not to say one must never talk about this, but rather that one must account for this in ones planning; if fixing the fraud is not part of the plan, you have no plan.

1. No food fights
2. No running with scissors.
3. If you bring snacks, bring enough for everyone.
4. Zeroth rule of gun safety: Don’t let the government get your guns.
5. Rule one of gun safety: The gun is always loaded.
5a. If you actually want the gun to be loaded, like because you’re checking out a bump in the night, then it’s empty.
6. Rule two of gun safety: Never point the gun at anything you’re not willing to destroy.
7. Rule three: Keep your finger off the trigger until ready to fire.
8. Rule the fourth: Be sure of your target and what is behind it.

China is Lower than Whale Shit

China is in the White House

Since Wednesday, January 20 at Noon EST, the bought-and-paid for His Fraudulency Joseph Biden has been in the White House. It’s as good as having China in the Oval Office.

But of course the much more important thing to realize:

It seems so obvious once pointed out, so kudos to Glenn Greenwald in Substack for this insightful article.

The Mainstream Media has changed its reason for being. It’s now not to hold those in power to account, to expose malfeasance in government or criminal activities within commerce. It’s to run the narrative proscribed by their owners. To drive outcomes within society that only benefit their oligarchy.

That narrative is, across the six combines the are the totality of today’s Mainstream Media, plus the BBC in the UK, one that promotes the interests of the globalist oligarchy and technocrats. That insidious cabal that would rule us, fronted by the political class.

That’s one of the definitions of Fascism. The proposed Great Reset is a major step in that direction.

In Western liberal democracies, the media were supposed to be independent and inform the public, so that such dystopian outcomes could be averted. The only ones now carrying out this vital role are the so called Alt Media.

Thus the attempts by the corporate media to denigrate this last bastion of true free speech and investigative journalism. This is a frightening prospect; we should do everything we can to ensure this precious and diverse resource is not destroyed, taken from us.

“Fake news” was the most lethal rock that the Fake News ever threw in their glass house!

#Impeachment Former President Trump statement, “Our historic, patriotic and beautiful movement to Make America Great Again has only just begun. In the months ahead I have much to share with you, and I look forward to continuing our incredible journey together…”@CBSNews pic.twitter.com/m1gFPxfqbj

A class act for sure.

Sorry, it was just so good I had to post it twice…

Well dang! Nancy wasn’t half bad when she was only 30 million years old!

They cant be impeached can they? Besides theyre getti g censured in their states, which means they havent financial backers and will be primaried…i hope.

The United States Constitution gives the Senate the power to expel any member by a two-thirds vote.[1] This is distinct from the power over impeachment trials and convictions that the Senate has over executive and judicial federal officials: the Senate ruled in 1798 that senators could not be impeached, but only expelled, while debating a possible impeachment trial for William Blount, who had already been expelled.[2]

Expulsion has not occurred since the Civil War.[1] Censure, a lesser punishment which represents a formal statement of disapproval, has been more common since the start of the 20th century. Although censure carries no formal punishment, only one senator (Benjamin R. Tillman) of the nine to be censured has ever been re-elected. Unlike the House of Representatives, which also disciplines by reprimand, a censure is the weakest form of discipline the Senate issues.

The Club (Senate), will NOT expel or hold their fellow cronies accountable.

Once elected and sworn in, they’re untouchable. 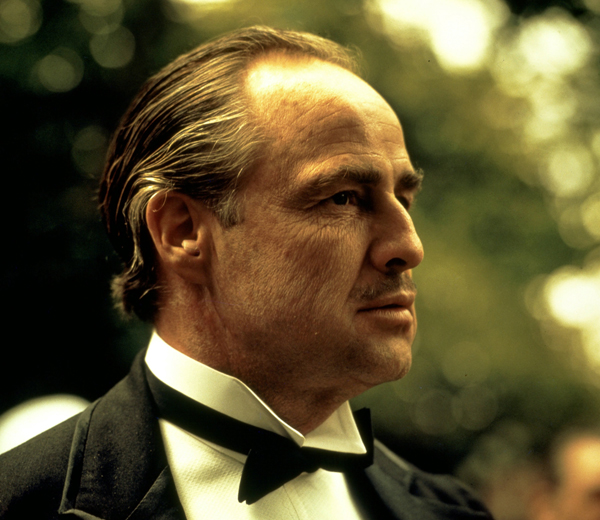 As a practical matter, difficult to do.

The sort of crapweasels who want to go into politics for self-aggrandizement will go to whatever party they think will maximize their rewards. So non-conservatives in a conservative area will infiltrate the conservative party (whatever it may be; I’m not assuming it will be the GOP in the future).

Since these weasels probably had to learn political skills just to survive (having no actual constructive skills or they’d use them), they’re going to end up on the top of any heap where politics (interpersonal and office) is important.

So RINOs (or their equivalent) will tend to take over any political organization.

(Unfortunately I had to use “politics,” “political” and so forth in two different ways in this…one in the Democrats vs. Republicans national policy sense and the other being the more personal-level “office politics” sense.)

TRUMP SAYS – GOD BLESS ALL OF YOU AND GOD FOREVER BLESS THE UNITED STATES OF AMERICA!!

President Trump ends a long thank you with GOD BLESS ALL OF YOU and GOD FOREVER BLESS THE UNITED STATES OF AMERICA. There have been some saying Trump did not thank God. Well, people need to either quit assuming, or quit listening to trolls and do the research. President Trump is a humble man and he has done more for America to undue the evils of the Cabal than any one man could and he would have failed on day 3 if not for God leading him every step of the way!

Will democrats find more votes at 4am? Asking for a friend. 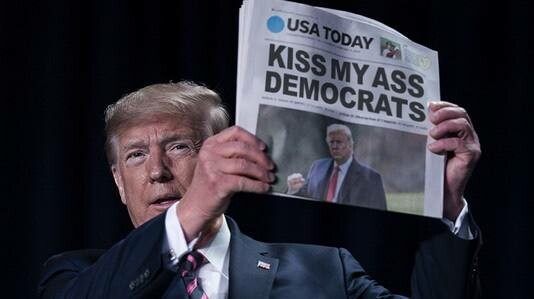 Figured it’d be quiet? Was this before or after Dims stepped on their schlongs about witnesses and wrapped the farce with a bow?

I didn’t expect them to vote today.

Polling must have been completely abysmal.

Seculow’s organization had two hundred fifty thousand signatures collected and send them to the senate. They also send a Brief concerning first amendment and that senate has no jurisdiction to impeach a private citizen.
I wonder if that also influenced?

There’s no “I” in teamwork. It all worked, together.

Not possible, the schlong thing. Can’t think of one Dem who would/could have this problem. 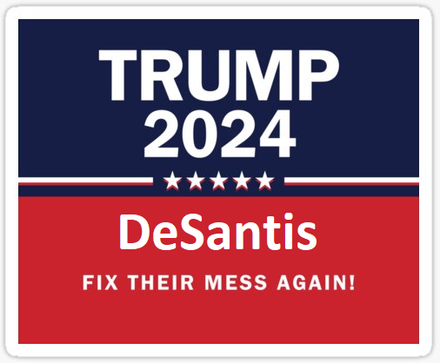 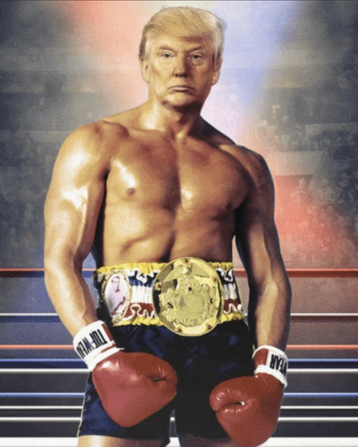 Yea, this post is off the wall. But thought I’d share what I learned today…and figure it is pretty cool.

Background. Two sister’s have been doing our family ancestry tracking for probably ten years.  They emailed this today.


The stunning victory won by a force of about 1,800 backcountry “Overmountain Men” over approximately 1,000 Tories at King’s Mountain on 7 Oct. 1780 has been justly described as a key turning point in the American Revolution.

Very cool! That was an important battle, and a really nasty one, too, IIRC.

Well, with only 28 killed and 62 wounded on the Revolutionary side, his odds of not being wounded are pretty good. 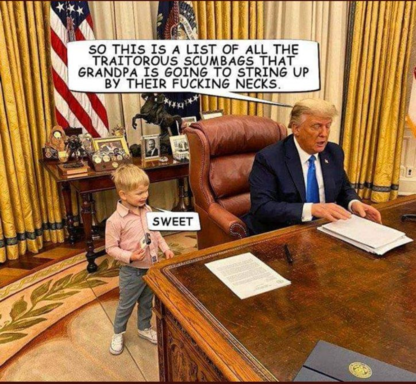 Any comments on this guy? See’s from vid he has Gov Mike Huckabee endorsing. If I’m to understand correctly Burr is only running away and not for re-election so I’d guess this should be unopposed. Might be interesting to watch what kind of opponents he gets that try to throw this off track or maybe it should get a challenge. His time line is not impressive. Poster boy republican. Plays it safe, no call out on election fraud. Lots of photo time with Pence. Seems too establishment for my taste. Might be a Burr clone?

I don't see anything here about calling out the fraud from the last election Mark. I'm seeing someone who likes to play it safe. Establishment safe. You need to work on this. Biden did not win!

Almost as if Mark doesn’t want to “rock the boat”. Appears to be solid RepubliCON.

We’ll see if this works….

Do I feel lucky, punk? I’m waiting for terabytes of encrypted data to show up on the internet, in emails dated prior to 1/20/21, that say, “oh, by the way, this was declassed by VSGPOTUSDJT.”

Arrived in San Jose, CA this afternoon for a four day business trip. Good news, when I left Colorado it was -10 F. Arrived in CA in the 60’s.

On arrival the flight attendant announced that Santa Clara county has a 14 day quarantine. Sure, I’ll get right on that.

Went to the Safeway to buy some supplies. There was a line to get in. WTF? I thought this crap stopped like six months ago.

Get my stuff, including some wine because I certainly needed some. And in CA you can’t go to the self check out if you have alcohol because you know, we can’t manage that right. Then the cashier yells at me because I got within six feet of the customer in front of me. I respond “Excellent, the mask police are here”.

Picked up a 1LB of BBQ at Armadillo Willy’s in Sunnyvale. Some brisket and St Louis ribs. Damn that was good.

Note to self. If the boss asks me to help out in Cali again. Hell no.

998
0
Would love your thoughts, please comment.x