“Can’t buy or sell.” Methinks somebody GOOD knew something about future people BAD.

This is NOT America any more.

Everything about this sickens me. My first thought was this needs to go everywhere! People will wake up when they read this! My second thought was that many will smile in glee and say it served him right. He went to that “white supremacist rally and insurrection” so he deserves it.

Let DonkNazis think what they want! ﻿😉﻿

If this can happen that FBI conficates Bank account just to be near the capitol on Jan 6 and nothing can be don about it. People we are to far gone. Unless this man gets justice it is to late. I think most people were like I counting something would happen and relied on Judges military politicians. No one came we are the one who need the country back and get off our duff and get involved. I hope it is not to late to push back. In Germany when people realized what happened it was to late. East Germany it was to late when people realized .
I saw US as giving me freedom but not everyone feels that way.

The difference now is that there is no where else to go.

There is no other place that guarantees freedom.

And even if there was somewhere else that tried, there is no other place that could stop all those blacky black hots from eviscerating our rights, while the whitey white hots stand by and do nothing like always, no matter where we might go.

Nowhere to run to takes leaving off the table.

That’s an advantage no other country on earth has.

Who are the REAL NAZIS?

ARE YOU PAYING ATTENTION?

He was part of the “Orange” team on Jan. 6th. He gets the side eye from me, just like Ali and his “Stop the Steal”.

I think this may be chaff from the controlled opposition. Not to say that it shouldn’t be followed up on, but a lot of things are popping up now that the Cyber Symposium and audits are happening…

I agree. Torba absolutely WORSHIPS this guy. Something not quite right.

Indeed. Torba is one of the most fearless defenders of Christianity I’ve ever seen.

You really don’t know what I meant? No words.

I just wanted to throw it out quickly to warn other patriots. Looks like they were mainly trying to shut him down from starting a social media platform.

It’s all about shutting down free speech.

Given that I know somebody who was near the capitol on Jan 6 and who has a social media platform, albeit a small one, my interest is clear.

The timing is interesting.

If he’s team orange or not (and I have no idea) then this would be a way to chill free speech. 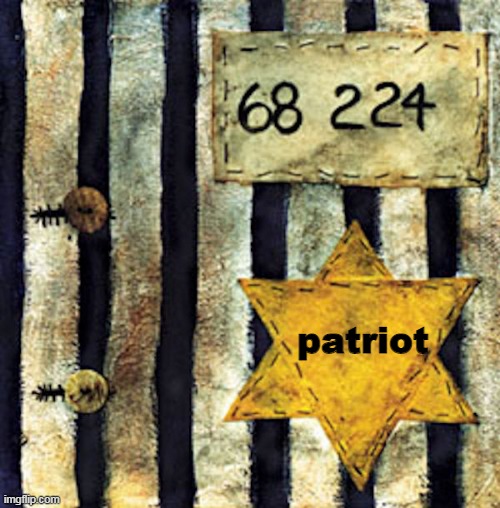 Yup. Bolshevik principles against Holocaust thinking are paper-thin. Soviets and Maoists give you a chance to not go to the death camps – just say that 2 + 2 = 5 and you’re good to go once you do your slave time and they’re sure you won’t backslide.

Good, then I want those guys in charge of the cash drawer.

How many times do you suppose I could do that, per minute, before they started to get suspicious?

So how come the bank statement says Jan. 26th – and we’re just now hearing about it? Half a million dollars, poof. And he’s not hammering it day and night on gab? 🤔

I heard about him getting “no-fly-listed” almost immediately.

Read his history on Gab and note the timestamps. Better to read backwards in time. He was trying to set up a new social media platform and got squelched. THAT is why the money pinch and no comments for a long time.

If the TRUTH were known,
it is likely this type of shake down has happened much more than we know.

Ever ask yourself, where do all the assets seized and fines received go?

Yeah. United States of Chicago, where the SHAKEDOWN is a LIFESTYLE.

This is what happens when too much of your “wealth” is paper.

Operation Choke Point is back. And on steroids.

27
0
Would love your thoughts, please comment.x