I think it’s important for people to realize that blaming Biden feels good, momentarily, but it has no effect for a REASON.

Blame is simply being directed to the wrong person. It will NEVER result in any change.

Biden will NOT resign until Obama tells him to. It’s THAT simple.

Biden is just a figurehead – a punching bag – a LIFE INSURANCE POLICY that was converted into a rather cunning SHADOW PRESIDENCY.

Almost EVERYBODY in the Biden administration is an Obama retread. What does that tell you?

Why did every Dem BOW OUT to let Biden win? BECAUSE THEY KNEW IT WAS REALLY OBAMA.

We knew that Obama and Jarrett were a shadow “alternate” presidency of the Deep State during Trump’s four years. And they are the REAL government now.

The good mother’s screed to Biden was well-intentioned, but it was delivered to a FRONT – to a FACADE – to a STAND-IN – the “old white guy” – who takes the heat for a lying, Muslim, communist traitor.

This is Obama’s work.

PS – yeah, you can fight over whether Obama himself is just a puppet, but there is no better representation of the political cabal behind Biden, IMO, than Barack HUSSEIN Obama.

“Obamaism” is what drives this White House.

You want to say it’s somebody else? You want to prove to me that this is not SIGNATURE Obama?

Trump would have gotten the dogs, too. Yeah, the people first, but the American dogs, too.

The Muslim? Not so sure. I really hate the idea of our hard-working service dogs being left behind.
﻿ 😖 ﻿﻿ 😪 ﻿

The commie bastards will try to demoralize us on every level.

They’re SCUM, and we have to make sure they know that WE KNOW they’re scum.

There are men who served with these beautiful animals who would love to have them but military often does not give them to them.
After Iraq war many dogs were sheltered in Georgia people did not know about. One women found out and helped conned the dogs with those who served. They were malnourished.

They are/were military dogs. “Leave no one behind” certainly didn’t apply wasn’t applied to them.

Should have been “wasn’t applied”

I wish I hadn’t seen that.

if left in those crates, the loyal service dogs will die of starvation & dehydration.

﻿ 👉 ﻿ who ordered the middle-of-the-night evacuations ?

﻿ 👉 ﻿ who gave the order to leave equipment…and now our military canines..behind ?

Shades of McNoname. He was the one to block service dogs being treated as veterans in Congress for YEARS. They are classified as equipment and that was used to justify the leaving them behind.

I hope and pray that worthless motherf#cker is toasting on a pitchfork in hell.

Or a rotisserie spit.

Are the dogs not soldiers also? I do not cuss but find myself cussing. This needs to be made famous. There are many animal lovers democrat and republican. What do we exspect from a regime that leave American citizens behind and kills babies and plunders the wealth of America and its people? I am so angry I cannot see strait. Our congress our military everyone needs to hear from us.

This Did Not Age Well pic.twitter.com/h42kaW2y91

Like an Obama matryoshka (Russian) nesting doll, but with Biden being the largest outer doll, and the smaller Obama ones within. 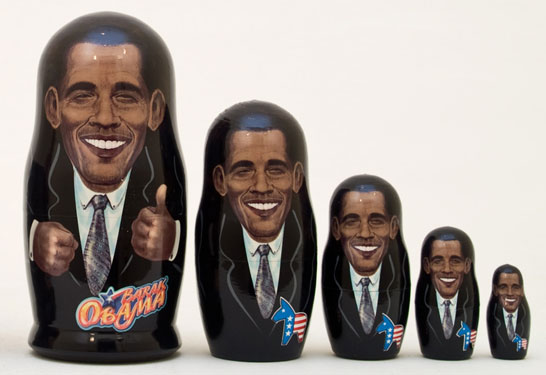 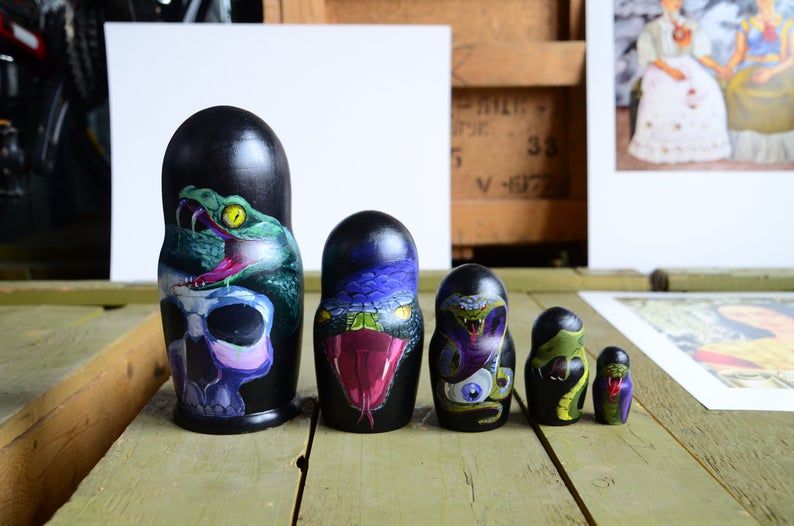 In his early days in Chicago, the Dems there were impressed with Obama’s talent as an ᴀɢɪᴛᴀᴛᴏʀ.

They were impressed with his ability to whip a crowd into a frenzy.
Not necessarily his smarts.
Or his speaking ability.

They could see he had the talent to sense the mood of an informal crowd and then say things that pushed their buttons.

Obama is not a mastermind.
He can’t even give a speech without a teleprompter.

Obama may be acting as a sort of field marshall directing things from behind the scenes…but he’s as much a puppet as Biden, to the same globalist masters.

And you’ve exactly captured what he did here. He ORGANIZED the Democrats into a third cheating term.

Once you see it, you can’t unsee it.

Ask yourself. Why did they suddenly pull it all together when NOBODY wanted Kamala and all the turkeys in the Dem fold were just bumping into each other and screwing up?

Only Obama has that kind of star power.

How did they get that WIMPY-ASS freak Zuckerberg to basically risk a lifetime in JAIL to do what he did – and spend millions and millions of dollars to affect the election?

OBAMA. He has that kind of pull with the tech overlords.

This image, this entire meeting, has stayed with me all these years ….knew there was something wrong with it back when these images appeared….they WANTED us to see it in plain sight. Had no idea it would lead to all of this……

Ø is an ideologue – his agenda to turn the USA into black muslim nation.

Islam makes a show of killing homosexuals – but it also accommodates them if one of the partnership pretends to be a female, aka transgender. 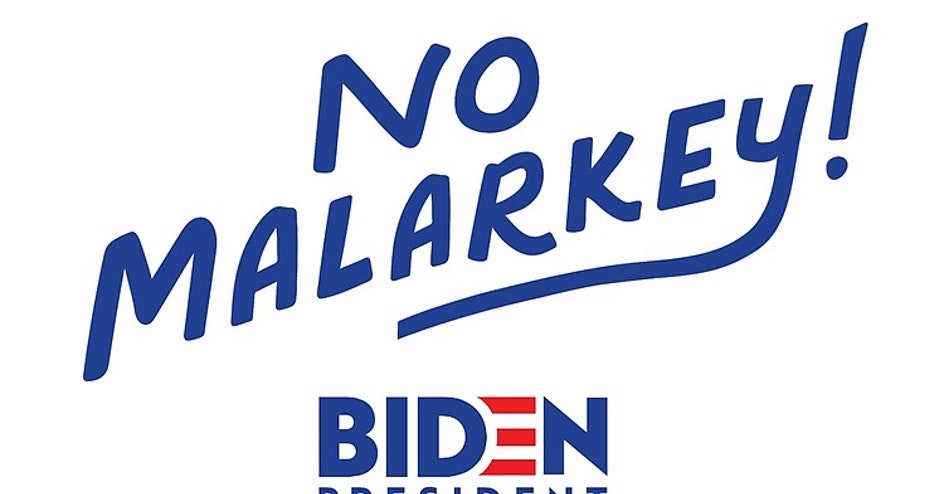 demented or not, this is the current CIC… 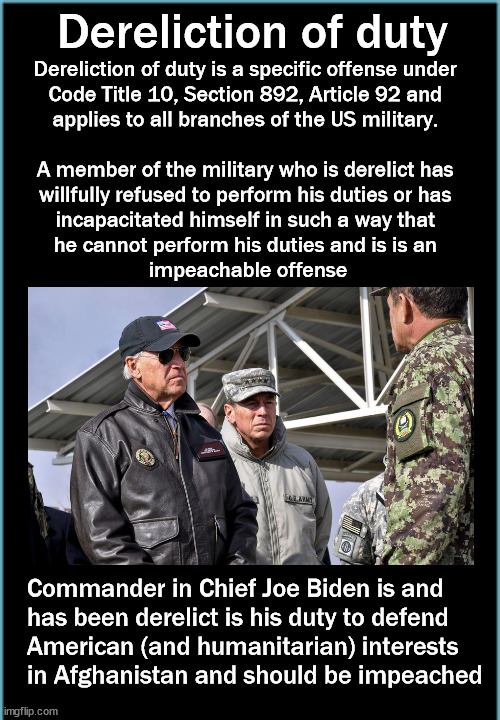 and this is the face of DERELICTION of DUTY… 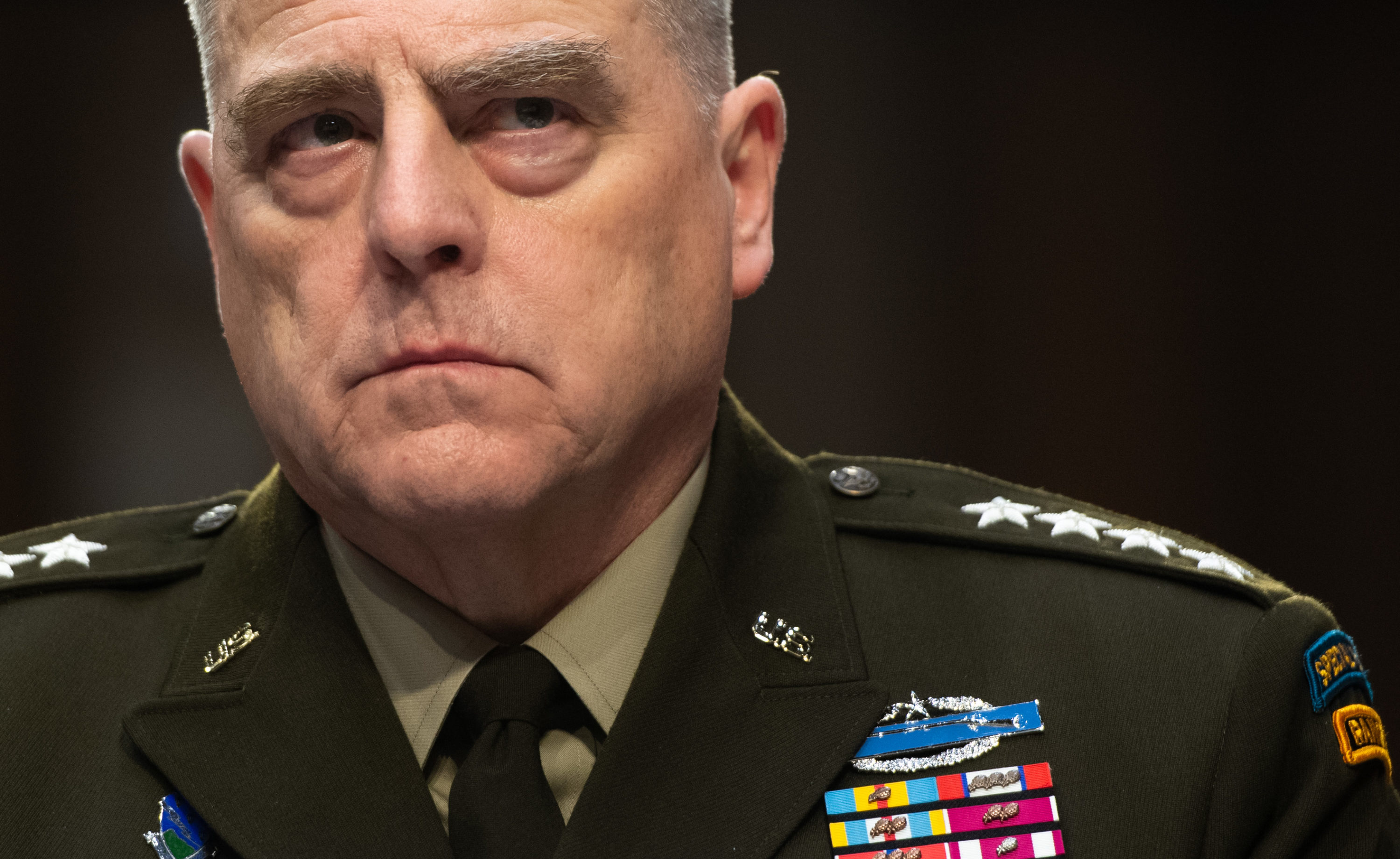 The Fatal Failure of General Mark A. Milley Over Closing Bagram Air Base

Not by law, only by criminal act and treason.

“The Fatal Failure of General Mark A. Milley…”

The ‘A’ is for Amaranth, the shade of pink he likes for his hair, but when he’s feeling spicy, he goes with radical red, a.k.a. bright Amaranth pink 👍

The entire rotten facade MUST be removed, down to the last person.
Then the head of the Hydra.

Of course he did, the Kenyan Usurper is an effete destroyer, a pimp who takes delight in doing harm to others.

He may be the worst human being in the world that most people are aware of.

And it was obvious he was a charlatan from the first words that I ever heard out of his arrogant mouth.

you can see the narcissism a mile away with that punk.

the pos is the perfect tool.

Not just Obama the whole mafia gang did this. They are like a virus in our government destroy everything that is good. They cannot destroy us they do not own us and they cannot demoralize us. 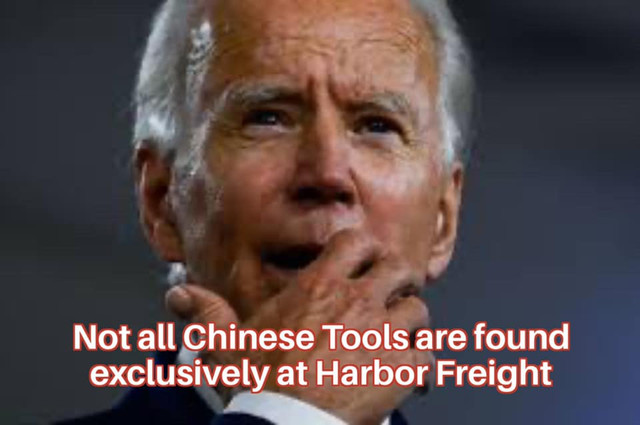 Plenty of blame to go around. Let the CCP get its share!

a very good analysis of what is and will be…

a dangerous and defining moment

by Dennis M. Spragg…author and historian.

“they are blatantly spitting in our face. If they didn’t want us to know about their actions, they would be working double time to cover and censor. They’re not though. Because they WANT us to know they hate us.”

No argument from me about Zero. Both Ole Joe & Knee pad are tools for the Democommies.
Think about there past, they both have been nothing but second rate and got to where they are because they both suck up to whom ever is position to make them look like something there not.
And yeah PDJT would have gotten the dogs too!

Last edited 10 months ago by Brave and Free
1
Reply

If Biden is a convenient target, so is Obama.

The REAL puppet masters aren’t really in the spotlight and few know their names. Over at Marica’s the saints (Boondocksaint and BbSsSaint) claim the real power is a Swede named Peter Wallenberg.

If that is true, then Obama and all the rest are foreign agents.

Casting blame at this point is premature, IMO. The full picture has yet to emerge.

I don’t think it’s going to get that far if we aren’t there already, which arguments can be made that we’re close if not there.

allowing the enemy to dictate the conditions on the ground = surrender

GOD help the Americans still there.

﻿ 👉 ﻿ once our troops are no longer there, the media and their cameras will be gone, too..

﻿ 👉 ﻿ we here at home will have short memories ( and more distractions ?)

This Was Posted by Doug Ross today! https://directorblue.blogspot.com

….that is – Wolf Moon’s Obama Did This – posted here: https://directorblue.blogspot.com/2021/08/larwyns-linx-us-officially-out-of.html

I never know what he will post. He seems avoiding the vaccine conflict completely. Probably been burned by the Øbamanites and is now extra cautious.

This probably should have been in the Lead Post. Does anyone remember this?:

because fauxbidden didnt win, and neither did hussein

It is increasingly crossing my mind that Obama may be a modern day incarnation of Pol Pot, and Afghanistan is ramping up to become another killing field like Cambodia was.

If that evil spirit is in Obama, Obama is capable of killing MILLIONS OF INNOCENTS.

The regular site seems to be working fine at the moment.

For one or two people, it will work fine for a while, but as of the last time I saw the server data, and the emails from the hosting company, they had NOT fixed the problem. If I bring all the people back, it WILL go to crap, exactly like what we were experiencing.

The problem is easily seen in the server data.

Now they may have fixed the problem since then – I have to look at the server data again, and to see if they did. HOWEVER, I doubt it.

I will check the server data again in a couple of hours. Any actual fix will be visible.

IF I think that they have fixed things, I will bring us back later, but if the graphs still show the various aspects of the problem, then no – I will actually lock down ALL the commenting here.

It’s a multi-step hassle, but I’m okay with that part, what I don’t like is not being able to ‘like’ other peoples’ posts.

I’m in the habit of ‘liking’ a lot of posts, and I don’t want people to think I’m ignoring their posts by not ‘liking’ them anymore.

I do miss being able to read some posts, with the volume of things going on, but I don’t miss ALL of them… 😁

And unfortunately, I can’t ‘like’ ANY of them, at Utree

61
0
Would love your thoughts, please comment.x