We are now approaching the climax of the battle with insane, self-infatuated, out-of-control, nobody-wants-this-stuff globalism.

The plotters of WEF at Davos have really tipped their hand, as revealed in a GREAT article that barkerjim alerted us to, today.

Day two of the World Economic Forum’s (WEF) Annual Meeting in Davos, Switzerland started off on a concerning note.

Some of the chief architects of environmental, social, and governance (ESG) scores met during a session called “Global ESG for Global Resilience,” and have clearly decided to double down on their objective for a new global economic order that transcends national borders and replaces free-market capitalism.

Destroying free-market capitalism in favor of a new “stakeholder” model, in which global elites hold all the power, has been their objective for years. A single ESG system gets them much closer to this goal, and will be significantly more effective at eroding national sovereignty, circumventing democratic processes, coercing companies into compliance, and ultimately restricting individual choice.

Early in the session, Hong Kong Stock Exchange Chairman Laura Cha got right to the point. She revealed, “To make ESG disclosures meaningful, we need to have a harmonized standard… It would be very good in terms of the work that the ISSB (the International Sustainability Standards Board) is doing to bring about standardized global measures.”

Don’t look at me to go “nervous Nellie” on this – or to ignore it.

DO NOT think for a second that we are going alarmist, Eeyore, despondent, or defeatist on this. OH NO.

We’re going to beat the SHIT out of ESG, and every WOKE will go BROKE as they cry over their own self-destruction.

We have SLAIN the CRT dragon, to the point that “they” of all stripes are already crying over that little dying monster.

WE *WILL* defeat ESG.

And we will have a good time doing it.

We already have a great head start on this.

ANDREW TORBA was way ahead on this stuff with his “parallel economy” thinking. His contention is that our best fight is to simply REPLACE the dying, suicidal, elite-controlled, leftard economy.

EMERALD ROBINSON was also way ahead on the solution, with her thinking that RELIGION / CULTURE / POLITICS are LINKED IN A STREAM, and that religion is upstream of all the “issues” of contention.

Dear Conservatives: We Just Won the Great Battle of the Cultural War

Combining these two ideas leads straight to a TRANSFORMATION of ESG into RCF, and RCF is a PARALLEL way for us to judge, criticize, reject, and not be part of THEIR religious, cultural, political, and economic suicide.

We all know that “climate change” (formerly “global warming”) is part of the left’s insane, misdirected, knee-jerk, corrupt, herd-like, virtue-signal-filled version of environmentalism, which largely serves to enrich virtue-signaling elites, destroy America and develop China. Every “mistake” that leftist environmentalism makes (see masks in the ocean, dead eagles, coal plants in China) is excused, as it answers to nobody while ACTUALLY destroying the environment through insane policies which cause unplanned consequences in unpredictable places. Compliant companies, governments, and even individuals do things that make no sense, and push compliant science to say it knows things for certain, when it does NOT know them, largely for “woke cartel” profiteering.

This is where the right to debate man’s place in this universe has been stripped away from the people themselves, and given to self-serving elites, via their lapdog “experts” who are willing to embrace financially predetermined policies.

ESG may seem that it only allows “them” (globalist elites) to do what they have already been doing for years, but the trick is that it allows them to do it PUBLICLY and without the slightest guilt. It gives shocking legitimacy to political, cultural and religious discrimination in finance.

Environmentalism as practiced “religiously” by the left, is basically a way to allow an anti-human religion to take hold and control humanity, which is deemed “environmentally sinful”.

Environmentalism, by the left’s standards, IS the secular left’s religion.

To counter it, we need to remember what the Boy Scouts always thought was important – RELIGION. Real religion. Real, time-tested, CONSERVED, religion.

To COUNTER the left, we need to evaluate companies, governments, organizations, and even individuals of the left on their RELIGIOUS values, actions, and record.

Will there be screaming?

YES. And it will be music to our ears.

One of the great advantages of going full-bore to RELIGION in “rating” the left in opposition to “environmental”, is that it will not only spotlight the horrible record of woke Christianity and Judaism – it will directly attack Hollywood and the woke, mass-shooter-producing gaming industry with the very thing they THOUGHT they had run out of town in the 1970s – the moral guidance of the Catholic Church and Orthodox Judaism. By having a certain amount of moral control over movies, “decency standards” were able to rein in some of Hollywood’s worst behavior. Sadly, the Soviet Union and cultural Marxists in the United States destroyed any morality control in Hollywood, by MOCKING decency controls.

Too bad for them. We bring it back under OUR CONTROL this time.

Our TRUE religion, applied as ratings, will leave their weak and worthless environmental religion where it belongs – in the dustbin of history.

When the leftists and the globalists say “social”, it really means SOCIALIST. This is where ESG basically says “we will discriminate based on politics”.

This is absolute bullshit. To counter it, we flip THEIR word for our word – the one used over and over by Steve Bannon as being “upstream of politics”. That word is CULTURAL.

CULTURAL includes both the “social” and the “individual”, because a good and decent culture can and should RESPECT the individual as a critical part of building a healthy society.

This one is pretty easy, and VERY powerful. This is where we FIGHT BACK against cultural Marxism. If it is detrimental to our CULTURE, our SOCIETY, our NATION, and our PEOPLE, including INDIVIDUALS regardless of race, ethnicity, nationality, religion, etc., then it is CULTURALLY NEGATIVE.

That doesn’t mean that when “groups” step out of line, culturally, they get a pass.

Trump and MAGA do “high cultural rating” in their SLEEP.

Is “culture-rating” going to make the radical left and the globalists cry? Get ready for tasty, salty, liberal tears on globalist ice.

This is a DIRECT counterattack on the idea that “governance” (more like meddling) is what is needed.

Where THEY will rank things low on “governance”, WE will rank highly on FREEDOM.

This allows us to ENCOURAGE FREEDOM in every place where the left claims somebody has a low governance score.

We will MOCK the left’s ESG when we counter it – eventually allowing low ESG scores to be a BADGE OF HONOR – backed up by high RCF scores.

And we can grow the idea of “freedom” scoring well beyond their “governance” boundaries, because YEAH, WE’RE FREE TO DO IT.

See how great it is to NOT be constrained by their thinking, by merely DEFENDING?

Going on OFFENSE in COUNTERATTACK has its advantages.

We will come up with scoring that makes the conniving, scheming, globalist SCUM have a BAD DAY EVERY DAY.

THEY want to politicize finance?

WE will do it even better, even bigger, and when we do…..

Ignoring the WEF doesn’t make ’em go away. It just encourages them to redouble their efforts.

Hitting them over the head with a more appealing alternative might work better.

Spotlighting WEF and their placed assets has been one of the biggest strategic victories in this war. I’m all for more of that, and any tactical approaches that spring from it.

This “talking Jesus doll” company gets a high RCF score right off the bat.

RCF is a great response. Then we need to somehow start enforcing the laws and stripping out all the regulations made by unelected bureaucrats.

AMEN. Congress will have to TAKE BACK POWER. I would love to be the president to do that. I FEEL IT in me. Give them back WAR POWERS while we’re at it. FOUNDERS RULE!!!

Great post. Stripping out laws and regulations made by unelected bureaucrats, Yes, but if we don’t get rid of those people and their positions (senior executive service) they’ll just make more laws and regulations and if they feel their jobs and Pensions and Befefit Packages are threatened, they’ll double down. They’ll also be donating to the congressmen who will protect them.

Yup! This is a LONG fight – and we have to fight SMART!

I have to admit, it’s a FAST solution.

I’m already thinking about how to score these woke companies.

That Hong Kong bitch who was orgasming over ESG deserves a near-zero score for being a ChiCom tool.

Great concept. We need to turn the tables on them and show them what it’s like to be scored. The bonus is that it shines the light on what their goals realy are.

Exactly. I don’t really LIKE scoring – it’s a waste of human effort like any weapon of war – but turning it back on them is a “peacemaker”.

Posted a link to this at Jo Nova’s site. Just to spread the idea. Some liked it.

Thanks! Very much appreciated. I’m hoping to ignite some big-shot who can make this thing fly, and who can happily take all the credit, as far as I’m concerned. 😀

No longer possible! But he’s on Truth Social, so I may try it there! 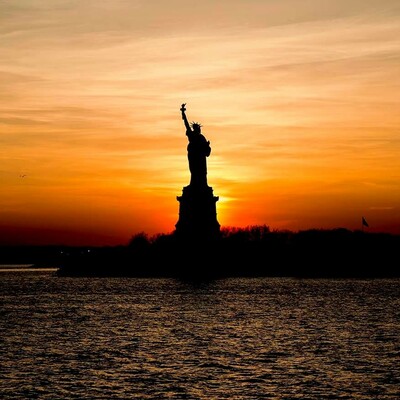 “Goal is to resist growing movement to favor funds that make decisions based on environmental, social, governance, or political criteria.”

Goal is to resist growing movement to favor funds that make decisions based on environmental, social, governance, or political criteria.