Think these ladies will be at the rally, uh, peaceful protest?

After all, they are from Fayetteville.

The area of present-day Fayetteville was historically inhabited by various Siouan Native American peoples, such as the Eno, Shakori, Waccamaw, Keyauwee, and Cape Fear people. They followed successive cultures of other indigenous peoples in the area for more than 12,000 years.

After the violent upheavals of the Yamasee War and Tuscarora Wars during the second decade of the 18th century, the North Carolina colony encouraged English settlement along the upper Cape Fear River, the only navigable waterway entirely within the colony. Two inland settlements, Cross Creek and Campbellton, were established by Scots from Campbeltown, Argyll and Bute, Scotland.

Merchants in Wilmington wanted a town on the Cape Fear River to secure trade with the frontier country. They were afraid people would use the Pee Dee River and transport their goods to Charleston, South Carolina. The merchants bought land from Newberry in Cross Creek. Campbellton became a place where poor whites and free blacks lived, and gained a reputation for lawlessness.[citation needed]

In 1783, Cross Creek and Campbellton united, and the new town was incorporated as Fayetteville in honor of Gilbert du Motier, Marquis de Lafayette, a French military hero who significantly aided the American forces during the war.[8] Fayetteville was the first city to be named in his honor in the United States.

There’s more history at wiki that’s interesting, but this is the part…well….

In March 1865, Gen. William T. Sherman and his 60,000-man army attacked Fayetteville and destroyed the Confederate arsenal (designed by the Scottish architect William Bell[10]). Sherman’s troops also destroyed foundries and cotton factories, and the offices of The Fayetteville Observer. Not far from Fayetteville, Confederate and Union troops engaged in the last cavalry battle of the Civil War, the Battle of Monroe’s Crossroads.

Downtown Fayetteville was the site of a skirmish, as Confederate Lt. Gen. Wade Hampton and his men surprised a cavalry patrol, killing 11 Union soldiers and capturing a dozen on March 11, 1865.

Segregation, of course, was part of life there, and it is adjacent to Fort Bragg.

Given the news of the day yesterday, this one should be interesting.

In the meantime, please post tweets and videos below of what’s going on in North Carolina, and any travel stories you may have of the place.

Do they have two channels, Georgia – theirs and RSBN? Do we add them to RSBN?

Two channels and the numbers are separate.

Looks like about 20K on site in Fayetteville, NC

“We took everything out of Syria, but I kept one thing — I kept the oil.”

After 3 years he can tell the story.
Hells to the Yeah!
If they don’t pay, we will not protect them!!
Why should we? We need to protect ourselves! Of course we’ll never have a problem with that!
Very good motivator, VSGPOTUS!! 💖💖💖

POTUS giving the backstory of why NATO is now paying up what they owe.
“It was amazing how the money came in.” — after he told NATO that the U.S. wouldn’t continue to be there for them if they didn’t pay their share.

You will NEVER have peace between Israel and the Arab nations! 😂🤣🤣

Re John Kerry: “Isn’t he the worst negotiator?”
POTUS — Kerry told him last year that the ME nations would never sign a deal with Israel. “Well, last week they signed a deal.”

Paris Climate Accord…….I think that was designed to put you out of business.

It was. Not only would they have taken all our money, they had authority over our employees in the workplace! 🤬

This election is between Scranton and China. If I win, you win. If he wins China wins.

“I ENDED THE NAFTA NIGHTMARE.”

NAFTA NIGHTMARE for NC!!! Shuttered a lot of businesses – we are bringing them back!!!

Takes a minute to type all those rockets!!! LOL

Marcia In Texas Flag of United States Flag of Israel Flag of Canada Flag of United Kingdom Eagle ⭐⭐⭐
@USTexasPatriot1
· 3h
Replying to @COsweda and @realDonaldTrump
And as a PS — Amy Comey Barrett was already vetted when she was placed on the Circuit Court. No need for any shenanigans. Nominate. Vote. Done deal.
—————————————————————————-
Don’t be surprised if there are NO HEARINGS… DIMs brought it on themselves with their criminal treatment of Kavanaugh… /phoenix

I never tire of hearing POTUS talk about the new US Embassy in Israel and how he got it done — beautifully — WAY under budget.

It’s a wonderful story! One for us all to be proud of!!!!

There must be an AWFUL LOT of dirt if it has taken that long!

Talking about the aircraft carriers: the catapaults and the elevators. He asked the architect have you ever built a ship before? He is SO SMART and we are so blessed to have him working for us.

At 8:30 AM, Sleepy Joe told reporters they could go home since he was making no public appearances today.

This has become a Sleepy trend. Joe is trying to snooze his way to the presidency. 😴

And those Deep State owned pollsters EXPECT us to believe their lie that Biden is leading… or even that he is neck and neck with POTUS…
don’t even quote their lies… just look at the PEOPLE at our PROTESTS…
DS pollsters do this because the DIMs need their BASE to believe, so that when they say Donald Trump stole the election, the BASE will riot…
PROTEST… PROTEST THE STUPIDITY !

Maybe, I will sign an EO – You cannot have him as your president!!! LOL

Re if Ole Joe wins in November:
Ole Joe: “I’d like to rest and let Kamala take over.”
“You can’t have this guy as your President. Maybe I’ll sign an Executive Order saying he can’t be President.”
OMG OMG OMG
That will LIGHT UP the lying fake news.

Medical supplies made in the U S of A !!! 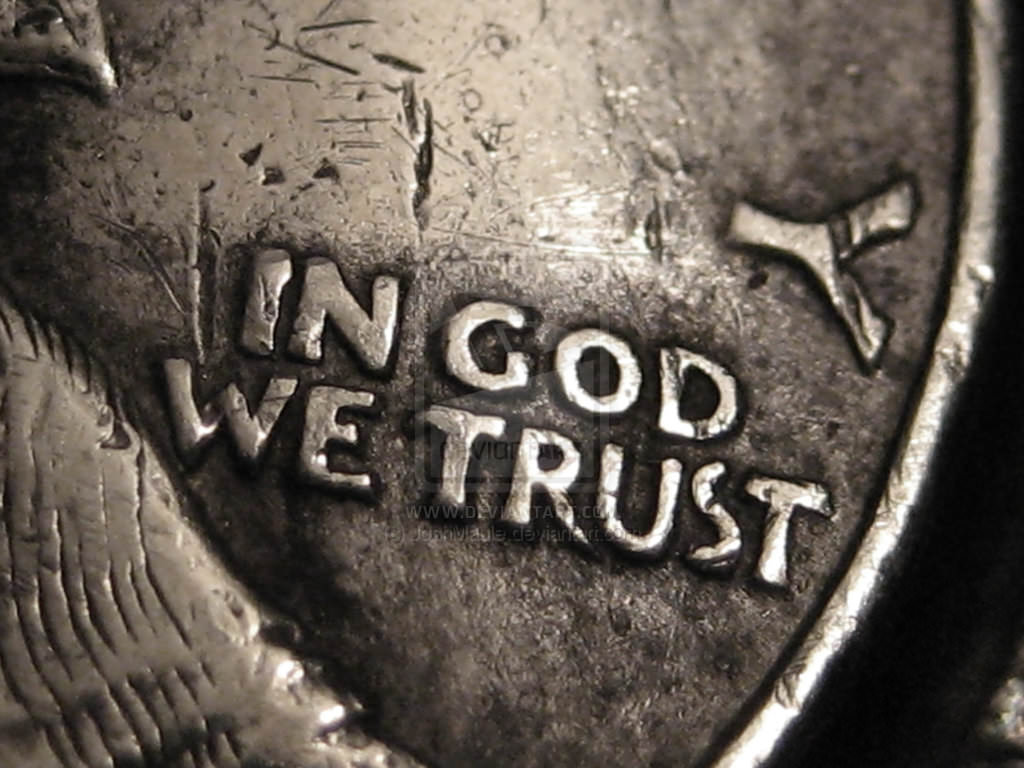 Now I’ll tell you what i keep hearing on “conservative talk radio” from people like Bill O’Reilly, Hannity, even Limbaugh, let alone the second- and third- string hosts —
TO A PERSON, they’re ALL pushing how POTUS “needs to stay on focus”, “Trump needs to stop going off-script”, “Trump’s biggest problem is his inability to keep his mouth shut.”
Tonight’s Peaceful Protest improv will DRIVE THEM CRAZY.

They’re FULL OF IT – this speech is BEAUTIFUL!!!

BEST PRESIDENT EVER!!! He trusts his instincts and WINS, WINS, WINS!!!

Yeah… and how many of these peeps have been president?
Americans love him BECAUSE he talks to them… he doesn’t “speechify” or lecture them.
They’re wrong that his mouth is his biggest problem… it’s his greatest ASSET…

The gloves are OFF. Yes, use the script AND IMPROVISE throughout the speech. Bitch slap D-Rats and dumb asses wherever they may pop up.
The political class and talking heads haven”t a clue. Sometimes they are useful idiots. But they are still idiots.
President Trump is quite obviously in a class of his own. America First. Nearly all Rs and talking heads, still don’t get it.

Get out and vote and watch to make sure they are not cheating.
If we win North Carolina we win the whole thing.

I’m thinking the same thing, too.

“You haven’t seen anything yet!”

Thanks, Georgia!!! What an ending!!! The Crowd proclaimed it with him!!!

What a great crowd! Commentator says it feels like 2016 again! Back to his famous style!!!

It doesn’t matter how many times I watch his rallies…….I can’t believe how quickly they pass! It was awesome. I love this guy.

Thanks, everyone for your help in making this rally a fun time – your commentary was so helpful –
Great support for our Favorite President!!! If he only knew – how much we all love him!!!

Yes, I love reading other people’s comments. Thank you DPat as always for putting the thread up for us and blog tending. And thanks to everybody here who makes it so much more fun to watch the rallies! 😘😘😘😘😘

Sorry I was MIA for the last hour. Dinner was ready, and I cleaned up the kitchen. My mother is a MESSY cook.

NP DPat!!! Someone always steps up!

My mother is a MESSY cook.
^^^ Laughing at myself. This was how I got booted from the kitchen. Darn the good luck:-)
Also a failure at sorting laundry. Durn it. Can’t help out there either… 🙂

Yeah, well, if I could keep my brothers out, and my sister…you should see what she can do to the kitchen on Thanksgiving. And the Couch Commando…Dude, I just scrubbed the stove. HIm: It’s not a museum piece.

We are so blessed, PR, to have him as Our President!!! Landslide here we come!!!

One would like to be a fly on the wall tomorrow morning when Ole Joe’s handlers give him the summary of tonight’s Peaceful Protest.
Of course, Biden’s briefing will take place AFTER his handlers write out the “responses” that they’ll put up on the TelePrompter to read off.

another great rally thread…I really appreciate all the commenters bringing it alive to those of us who can’t or don’t watch…
THANKS EVERYONE!!!

306
0
Would love your thoughts, please comment.x