It seriously works better in a smaller frame.

Is it sacrilegious to do a Q Tree Day of Levity on All Souls Day?

I mean, too many bored musicians and you get this sung to the tune of “Immortal, Invisible.”

And then there was this:

Over at my other blogging gig, I editorialized this:

The UN says $6B from the world’s billionaires could solve a hunger crisis. Elon Musk says he will sell Tesla stock and donate proceeds if the UN can prove that.

The billionaire Elon Musk said he’d sell Tesla stock and donate the proceeds if the UN could prove that just a tiny percentage of his wealth could save tens of millions of lives.

Musk was responding to comments by David Beasley, the director of the UN’s World Food Programme, who told CNN’s “Connect the World” last week that a $6 billion donation from billionaires such as Musk and Jeff Bezos could help 42 million people who he said were “literally going to die if we don’t reach them.”

He told them to show their work on the math. HA!

Cody Elijah@CodyElijah1
At some point Americans are going to have to accept the brutal fact that our government has been an unhinged cesspool of criminality and fraud. Everything we thought was happening was a grand design of bullshit to lead us right here at the precipice of societal collapse.
8:29 AM · Oct 30, 2021

This is where it begins.

A cat tries to mess with immortality. (Seriously, the peacock is a traditional symbol of immortality. Explanation coming in a post soon. Hopefully.)

And now for some mood music:

And just for fun…yes, I did know these.

Your weekly reminder to take the pledge, and if the non-mainstream people are to be believed, including Lin Wood, we will need to take this seriously very soon:

Be fearless and don’t wait for the next superstar to stand up and fight back against this health tyranny…each of us has our own inner strength to take the harder right path. In your communities, at your local city council meetings, school board hearings, zoning board meetings, everywhere elected officials reside, we should be in there ensuring they are doing what we the people voted for them to do. Get involved now, no more waiting for someone else to do it…it is our time, our moment in history and our obligation to the next generation and the one after that…Local Action has a National Impact

The discourse on this site is to be CIVIL – no name calling, baiting, or threatening others here is allowed. Those who are so inclined may visit Wolf’s other sanctuary, the U-Tree, to slog it out. There is also a “rescue” thread there for members of the Tree to rendezvous if the main site goes kablooey.

And Auntie DePat’s requests as we are all, ahem, allegedly adults:

1But the souls of the righteous are in the hand of God, and no torment will ever touch them. 2In the eyes of the foolish they seemed to have died, and their departure was thought to be an affliction, 3and their going from us to be their destruction; but they are at peace. 4For though in the sight of men they were punished, their hope is full of immortality. 5Having been disciplined a little, they will receive great good, because God tested them and found them worthy of himself; 6like gold in the furnace he tried them, and like a sacrificial burnt offering he accepted them. 7In the time of their visitation they will shine forth, and will run like sparks through the stubble. 8They will govern nations and rule over peoples, and the Lord will reign over them for ever. 9Those who trust in him will understand truth, and the faithful will abide with him in love, because grace and mercy are upon his elect, and he watches over his holy ones.

I hope it holds. No stopping counting in the middle of the night. No “found” ballots tomorrow. I want a concession speech tonight.

[…] Today’s fantastic open thread by DePat includes the admonition of Gen. Michael Flynn to get involved on the local level. Go read it here. […]

On it, little lady. To the death, as God is my witness.

Last edited 9 months ago by ForGodandCountry
4 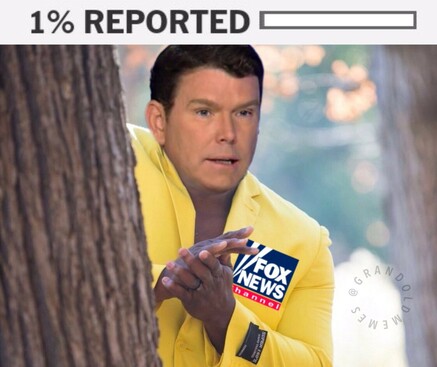 Hi Gil…saw the news yesterday about your hub…about the same today ?

Hiya. Well even8ng congestion settling in. Mild cough. He took the dog for a walk while it was mid afternoon , around 80 degrees. Not too bad.

Fingers crossed that it stays ‘cold-like’. We have the best advice givers here, so lucky.
Thinking of yall!

Yeah ty. Weather is supposed to be mid 80s this week, that will help. Ive added in zinc and extra d on top of my usuals. Quercetin on its way.

Work basically just said “fill these papers out, come back in 2 weeks with a negative covid test. ” Its workers comp without much comp. Hes eating ok and i have all the meds out. No wheezing or snoring. My ears listen when he sleeps and he was ok. Im not playing nanny bc ive got one who is definitely dependent on me. He is staying away from us and im not sharing bed or bath room. Lysol at the ready too.

LOL about the nanny part!

The previous time early today, the second time I tried to post my comment, I even just left the page hoping the post I tried to do would eventually post, and when I came back after a few hours, it had not done so. What I had written just sat there unposted. Glad it worked the third time I wrote.

hah…mine did show up too

I had to hide the Halloween 🎃 candy too. Too much of kiddos plus all of the extra HE bought. He would just eat it nonstop and feed the virus.😏

I think the upcoming winter cold/flu season will be another freak out for the cv bubble people. They can’t remember anything BC (before CV)

Please go to the following link to comment. Something is wrong with this site.

I am closing commenting on this site for now.

We will try to resume with tomorrow’s new open thread. If there are still missing comments and other errors, I will close that one, too.