Some things are so downright American that a mere word or two instantly bring to mind the good ol’ US of A. Here’s another phrase that is indelibly American…

An iconic symbol of American independence, the bell was commissioned in 1752 by the Pennsylvania Provincial Assembly from the London firm of Lester and Pack (known subsequently as the Whitechapel Bell Foundry), and was cast with the lettering “Proclaim LIBERTY Throughout all the Land unto all the Inhabitants Thereof”, a Biblical reference from the Book of Leviticus(25:10).

The bell first cracked when rung after its arrival in Philadelphia, and was twice recast by local workmen John Pass and John Stow. In its early years, the bell was used to summon lawmakers to legislative sessions and to alert citizens about public meetings and proclamations.

Professor Constance M. Greiff, in her 1976 book tracing the history of Independence National Historical Park, wrote of the Liberty Bell:

“[T]he Liberty Bell is the most venerated object in the park, a national icon. It is not as beautiful as some other things that were in Independence Hall in those momentous days two hundred years ago, and it is irreparably damaged. Perhaps that is part of its almost mystical appeal. Like our democracy it is fragile and imperfect, but it has weathered threats, and it has endured.”

Indeed they have endured, both the Liberty Bell and our great Republic.

And yet, for eight long, seemingly endless 8 years, we greatly questioned if they would or even could. 2008 – 2016 was a very dark time in America, when a Muslim man of questionable citizenship, who demonstratively hated our beloved Republic, was actually “serving” as President of the United States. Those were bleak years, indeed.

In fact, those years once again made some folks seem preternaturally prophetic. One of them was the Hag, the Okie from Muskogee, the poet of the common man. Leader of the Outlaw Country movement and one of the first to nail the Bakersfield sound of the late 1950s, Merle Haggard was an American icon both in music and in attitude.

In actuality, Merle Haggard’s warning has been resonating with his fans ever since it won the Country Music Award’s Song of the Year – Artist as well as Song of the Year – Composer. President Reagan had only been in office for a little over a year and no one could’ve predicted then what actually happened during his administration.

Since 1981 the Hag’s famous song has been sounding the alarm for any and all who would listen, and millions of us have. It WAS a depressing song, written in the malaise and hangover from the Carter administration and no one could foresee a time when things would begin to turn around. But it’s always the darkest before the dawn, as the song undeniably concludes.

Today, with a man who is arguably the best POTUS since Lincoln, the Hag’s famous hit once again becomes a rallying cry, it’s last few verses promising a hope we are witnessing come to life before our very eyes. We are, once again, standing up for the flag and ringing the Liberty Bell!

View all posts by ForGodandCountry

thanks for posting this FG&C! I’d never heard this song–sad and disheartening–thank goodness for Donald Trump! things look brighter every day!

FG&C, I grew up on Merle, and just love his voice! I am not a big country music fan today, but I love all the old songs. There is nobody like them today.

Thank you so much for this post, FG&C – makes one think – of what we hold precious in this Republic – agree – those were the most horrid years we have experienced in our lifetimes – had they completed their 16-year plan – we would not have known the Best President Evah! How can we ever thank him for loving America and US – for giving up a comfortable lifestyle to save our Republic? For ‘Making America Great Again’?
God Bless You, FG&C for blessing us!

OMG – it’s great to hear some REAL country music. 😎
It shows exactly how NASTY the Watergate-generating, Halper-guided, Hillary-helped, communist demoralization plot was, that BOTH MERLE AND WOLF were fooled on Nixon’s guilt by the RAT BASTARD COMMIES.
Brought down from the inside.
We had no idea that things could be so INSIDIOUS. So DEVIOUS. That they could SNEAK that stuff in.
Brother, it ain’t happening here. NEVER. There is gonna be some INDIGESTIBLE PATRIOTISM in this place that is going to STICK IN EEYORE’S ROTTEN GUT. 😉 😀 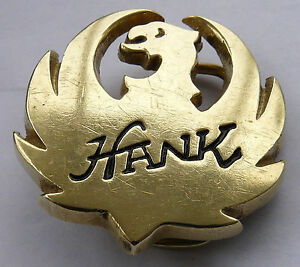 Country music has lost its roots,so many legends are gone and the new gang just dont get it.

Deliberately missing the main point of this post:
(All numbers rounded)
Silver is at about 15 and a half bucks per ounce.
Silver dollars contained .77 ounces
A silver dollar, melted down, is just under 12 dollars. Not melted down, of course, they will cost more even if they are in wretched condition, because people will pay a premium for a bit of Americana. They were last produced in 1935 (unless you count the 40% silver Ike dollars produced solely for collectors–don’t confuse them with the copper-nickel clad Ikes that were released for general use).
As I said earlier, there are .77 ounces of silver in a silver dollar–but if you take a bunch of old silver quarters, halves and dimes…there are .72 ounces of silver in a dollar’s worth of those coins. That situation is due to something we did in 1853 because silver had gone up relative to gold and people were melting their silver coinage. By reducing the amount of silver, the coins were rendered safe from that depradation; but on the other hand you could no longer take a bunch of silver to the mint and ask them to make it into any denomination other than dollars.
(Gold has shot up in response to the Iranian provocation.)

Love me some Merle! One of my favorites. Big fan of old outlaw country, was raised on that and oldies!

Merle Haggard provided the soundtrack for my adolescent and young adult life, bet I have well over a dozen cassette tapes still. The only artist who ever had me crying like a baby when he died. Glad I was able to see one of his shows back then. Here’s a couple of classics for your listening pleasure.
https://youtu.be/uU0Mw-NVmWQ

10
0
Would love your thoughts, please comment.x