This THINKING ABOUT PHC THURSDAY open thread is VERY OPEN – a place for everybody to post whatever they feel they would like to tell the White Hats, and the rest of the MAGA KAG! KMAG world (KMAG being a bit of both).

And what do we want to be able to tell our VSG?

I AM PRAYING FOR YOU!

I am a huge believer in the power of prayer ABOVE ALL ELSE. I may be a “bitter clinger” to both my gun and my Bible, but I will always know which one is the stronger weapon.

This is a time for our strongest and most special prayers for Patrick, and I invite people to either leave news about PHC, or prayers, sentiments, and words of comfort and strength.

Last call for posting notes to PHC at his blog. It will be closing @ midnight CDT.

Somebody please give him my deepest love and tell him he is getting my strongest prayers. It is better for us all, including Patrick, if it is NOT me who brings that message there. Thanks!
New daily will be up in a while.

Will post the copy and paste over there now.

Your comment that I pasted there seems to be the last one before the portal was closed. Thank you Wolf for posting the link to his blog while it was open. I look forward to more fellowship here with new found friends.

Your comment that I pasted there seems to be the last one before the portal was closed. Thank you Wolf for posting the link to his blog while it was open. I look forward to more fellowship here with new found friends.

.posted at PHC’s I was using the wrong reply arrows! sorry for repeats. You can clear my replies to myself if needed

And PHC’s site is now private.

Steve, I happened to capture pat’s last gravatar at 12:59. 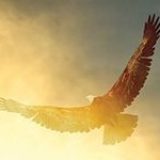 And I finally found the perfect song, one I’ve not seen posted before.

Just lovely, Steve. I am not sure, but maybe pat will have a chance to read here tomorrow. You posted beautiful music tonight. It was a pleasure to hear.

Remember how we were talking about bad timing on posts? Classic case here.

Love that you made me giggle!!! LOL

I still think that was you in the GIF.
Here, let me put that box in the fridge for you.

LOL!! You da Best wingman EVER!!! I have now officially LOLED!!!

For anyone who didn’t catch it and who might want to know what I posted:
I posted Mozart’s Clarinet Concerto, movement #2. (The whole thing is excellent, but #2 was the right mood, I think)
I then posted the second movements from both Rachmaninov Piano Concerto #2 and #3. (Again the entire works are worthy.)
Earlier today I posted Belinda Carlisle’s “Summer Rain,” more for PHC’s wife than to him.

That was a wonderful selection of music, Steve. I listened to them waiting for the final minute. I added a bit of Claude Debussy and Chopin before the vespers. pat will have a nice selection!
It might have been kyblue who posted ‘If You Could Read My Mind’. It was a beautiful video.

Steve, you were wonderful. Beautiful choices.

Thank you and God bless! <3

It really has been quite a month. Last night and tonight were amazing. To see such an outpouring of love and support was incredibly moving. I’m so grateful to everyone who came by to say goodbye or to let Patrick know how much they valued his friendship or encourage him as he takes wings to fly away to his new home.
Something just as amazing were the repeated references to the love and laughter “in the room” that was Patrick’s blog. I believe it was Amwick who said last night on his blog, “Where does all the love go when a blog shuts down?”
Where indeed. We need to carry it forward. For Patrick, and for each other.

whoops that’s not Russ Taff though I did share that song with PHC before the bell…here’s Taff…
[youtube https://www.youtube.com/watch?v=qpoP2DzZKwg&w=1206&h=625%5D
I guess this would be a classic now since my husband had the CD when we met & we just celebrated 27 years this month…Taff used to sing with the Imperials too, in case I’m not dating myself enough yet…

I still relate to this on many levels. Blessings!

Hopefully you will no longer be in moderation, but I can’t promise anything with WordPress! 😉

I posted this with the flickering votive right before the site closed. Still listening to these vespers. They are very hopeful. They dried the tears, amazingly.

Yes – that’s her. What is odd is that I can no longer find “facts” that I found before. I believe that the left’s search algorithms have something to do with it.

I’d back that theory up with some info…if I could find it.

Ah ok… I couldn’t recall the context of why the name was brought. I only remembered the name. Duh

How cool… that we knew a LEGEND!!! WORDSMITH who could say so much in so few WORDS!!! Could make us Laugh in llike 1-3 words!!! Brilliant! GENIUS!! to match his wit….We lived for…
I have missed all you guys on Wolfies tree–but found a bit of a calling thru Paticks site…
Love ya”lll Marica aint goin no where!! Wolfies Tree is where I WILL ALWAYS BE!!!

I echo Marica’s sentiments. I have missed everyone here, missed being here, so much. But I wouldn’t trade the time I got to spend with Patrick for anything. He is one of a kind. And I also would have never known the bonds that formed between those of us who kept vigil………

For all I know, the entire purpose of this blog has been to assemble a group of people to spend time with Patrick and ease his burden. But more realistically, that’s probably just ONE of the purposes! 😀
There are some mysterious things which have happened over this last month or two, which argue for a bit of divine purpose here, but y’all will just have to take my word on that.
I am very happy that the folks here took it upon themselves to aid Patrick on his journey. Any negatives were offset by many, many positives.

My thoughts and prayers are there for Pat but I didn’t make it to the site. Please pass on my love.
I lost my Aunty the other week. She was a Girl Guide leader and awarded so. ( not happy with current trends). She travelled the world, was a librarian, loved twitching and was an influence to me in a way that said you can do anything, go anywhere if so you need to do something, help, change something and love life and God along the way. The only one in my family to acknowledge God. Alzheimer’s took its toll over the years and I fear it will be my end due to the family trait/burden.
Sending a lot of prayers out there to all. We are all affected in a community that cares.
I continue to lurk here down under and send out love and support to all.
Timing may be a bit out to interact but so appreciate every word that is posted here.
Thanks all.

Thank you Wolfmoon for being so open to God’s leading. I can hardly wait to see what He has in store next. Oh that’s right…. he already told us.

Hey…..I’ve missed EVERYONE HERE who was EVER at the CTH!!! And made some new friends that are HERE now!!!!

The only thing that counts now financially is the federal deficit. POTUS indicated receipts were through the roof in June. Let’s see what spending was. At the previous month’s trend, we would set a new deficit record. Perhaps we have backed off the trend.
Also, my whacko lib friends are telling me Pete Buttplug is the guy they want for President after the candidate meat market. I suspect he will get shined even more by the lyin media.
Be careful with this landslide business. Too early to predict that. Lots of passive 2016 Trump voters only have the media as their news source. The detention center meme is getting substantial play.
That’s it for me. Happy Friday.

Good to see you! Hope you have a great weekend!
Yes – complacency is not our friend.

585
0
Would love your thoughts, please comment.x