DENVER –The Denver coroner identified the woman killed when a hit-and-run driver struck her in a crosswalk as Karen King.
Her husband, a judge from Alabama, and daughter were also hit in the intersection of Martin Luther King Boulevard and Quebec Street on Thanksgiving night. That information is according to news reports and a Facebook message from another judge in the 10th Judicial Circuit in Birmingham, Alabama.

Do I think it’s suspicious?  Yes.  Here is why.

President Donald Trump will name Jefferson County Place One Probate Judge Alan King  – a Democrat – to the Presidential Advisory Commission on Election Integrity, the White House announced.
King, along with fellow new appointee Christian Adams of Virginia, will join the 15-member panel charged with investigating the president’s claims of voter fraud in the 2016 presidential election. Officials in 44 states have expressed reservations about the panel’s request, which includes names, addresses and birth dates of all registered voters, as well as their political parties, the last four digits of their Social Security numbers and voting history dating back to 2006.

Being Colorado, it’s also possible a hit from a bong caused the hit and run.

The family were a long way from home on Thanksgiving evening….and MLK Blvd is usually one of the most dangerous parts of any city.

That’s possible anywhere. More likely, someone was drunk and/or on their cell phone.

Blunts and alcohol are common on MLK Dr. throughout the USA.

I don’t know. A bit too much of a coincidence.
And there aren’t supposed to be any of those.

I believe that the other side has a good skill set in region of “nobody will ever believe this was anything but an accident”. Basically IMF-clever stuff in real life (IRL). Or IMF-IRL for short, one might say.
It will be interesting if the survivors here recall any kind of false hint that the vehicle was slowing down, parking, moving around them, etc. This would be something analogous to the “fake left turn”.
Not sure if anybody here was ever taught how to do a “fake left turn” as a driver, but the trick is STUNNINGLY effective on pedestrians and other drivers. Pedestrians and drivers will act on false hints very strongly, then BLAME THEMSELVES. See where I’m coming from? The other side is VERY tricky.
Eckert’s Law. All you have to do is get past a good case of Occam’s razor and you’re in the clear.

Wait … who is it that’s always pointing to “Occam’s razor?”
Asking for a friend … 😉

Occam’s razor is about to issue a restatement of earnings. My advice is to SELL Official Narratives, Inc. and BUY Plausible Deniability Industries when it tanks. 😀

The Judge and family were Democrats: “The 65-year-old Democrat and father of two grew up in a household filled with judges and politicians– his grandfather was a presiding criminal Circuit Court judge, his father was a state senator, and his older brother Tom was a civil Circuit Court judge.
King has been vocal about several controversial issues during his career, including support for issuing marriage licenses to gay couples and opposing a national travel ban.”
https://www.al.com/news/birmingham/2018/11/longtime-jefferson-county-judge-daughter-recovering-from-hit-and-run.html

Honest liberals are the most dangerous thing to communists right now.

You have a point there.

Every “group” seems to feel more negatively towards members of the group that leave – “Apostasy” – than members of the other groups that appose them directly.
It is a very human thing, since it is regarded to be a betrayal.
It also shows that a rejection of the group’s ideology is possible. If no one ever leaves the group, they tell themselves that “they” have the perfect way to think,live, etc, and that it is just a matter of time before “the rest of the world” converts to them – they just have to hear our ideas and “see the light”. Someone that leaves the group goes against that delusion – and must logically be hated.
Just a couple of days ago some posters mentioned being sort of socially frozen out of previous church congregations because they left. As I said, very human behaviour.
.This is why conservatives loved the #Walkaway movement – we understood its significance.

As you said, the truth will set you/us free.
Understanding the truth of what we are will, not so paradoxically, allow us to become what we can be.
Kinda off topic, so will leave that hanging … 🙂

GA/FLA, thank you for the background info.

No. This is not an ‘operation’. It is most likely either an illegal alien or a stoner or both.
Get back to DC, all you deepstate conspiracy theorists. 🙂

pgroup,
I am sure it is just another Q-incidence. Like the assassination ( ah suicide by blunt force instruments?) a fortnight ago of top Trump advisor Daniel Best and this week’s massacre of FBI informant Keith Caneiro, his wife and 2 small children.
Move on, nothing to see here.

I was mixing my view (this one is an accident/suicide) with dark sarcasm (that all similar deaths are coincidences). Maybe I was too obtuse or obscure or just plain loust at dark sarcasm. Who can know the twists & turns in my mind?

pgroup,
I was not picking on you. I was just pointing out that this is happening a lot lately. Do you believe in Q-incidences?
https://neonnettle.com/features/1588-tech-ceo-and-entire-family-killed-in-house-fire-were-murdered-police-reveal
https://www.zerohedge.com/news/2018-11-19/death-hhs-official-tasked-lowering-drug-prices-ruled-suicide-found-multiple-blunt
Snopes says it isn’t so and they always tell the truth. /s
I hope you had a Happy Thanksgiving.

Lord have mercy.
Release Your angels.
Save our people.
In Christ’s Name.
Amen. 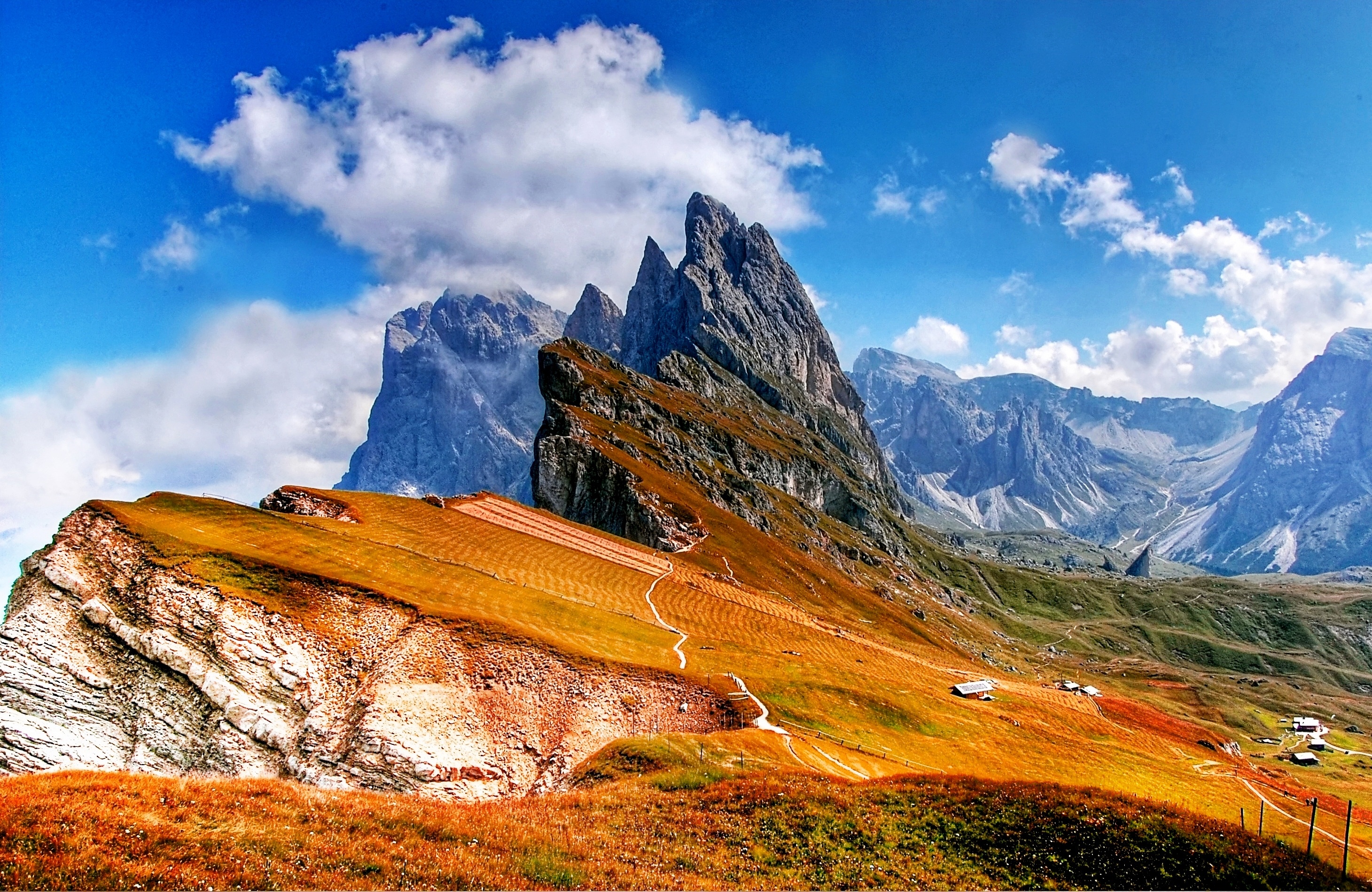 That commission…the Presidential Advisory Commission on Election Integrity…was closed.
It ran from May 11, 2017 to January 3, 2018.
I’m not saying that this ‘accident’ is “nothing to see here”.
Just thought I would mention that that Commission was ended.
What did this Alabama Judge learn that would make him a target?
The reason that Commission was ended, was because Blue States refused to turn over any information about their voter rolls, etc.
The investigation into vote fraud/election fraud, was turned over to the DHS…which now has a dept set up for all the ongoing investigations.
Was this Alabama Judge helping the DHS?
Under HusseinO, the DHS was caught tampering with Alabama’s election, wasn’t it?
Did this Judge Alan King know anything about that?
With all the election-tampering going on, by Dems…this Judge King may have been privy to information through his contacts with other Dems.
It’s hard to dismiss such ‘accidents’ these days as mere coincidence.
Especially since this was a hit-and-run.
Yeah, that’s fishy.

“In stunning upset, Democrat Doug Jones is projected winner over Roy Moore in Alabama Senate race
Democrat Doug Jones staged a stunning upset Tuesday, defeating Republican Roy Moore in a Senate race, according to an NBC News projection.” Dec 12, 2017
“Congratulations to Doug Jones on a hard fought victory. The write-in votes played a very big factor, but a win is a win. The people of Alabama are great, and the Republicans will have another shot at this seat in a very short period of time. It never ends!
— Donald J. Trump (@realDonaldTrump) December 13, 2017”
commission was in play and considering rumors of improprieties buzzing at the time about bused in voters, etc, things could have been learned during observance of this election. this was one of the last elections observed before the rather impromptu closing of the panel without much warning to the public as it were about what the commission was even doing.
at the time i figured it to be one of the top priorities to undertake, and hoped it was on full throttle from the day it began. it was silent, mysterious, and leak free. then, as suddenly as it began it ended with the explanation that one side was playing hardball. and the side that was not cooperating never made a peep, never scfeamed and said no thats a lie we are cooperating it is the republicans not helping because they want to steal the election! nope they actually laughed and joked and said nice commission there republicans shows how much you care. then their news corps buried the story unless it was shown on some graphic to list items and to ridicule the president.
but maybe all the information needed was gathered. and then the work to set up a plan quick was put in play.

29
0
Would love your thoughts, please comment.x