This is the Governor of Kentucky in this outfit. I am so embarrassed for him. pic.twitter.com/ypuiYD0W53

Gotta admit, it was pretty funny.
We do love our friends in Kentucky!
Local television stations are covering the speech and President’s visit: Link
From the article:

LOUISVILLE, Ky. — The president is coming to Louisville to address veterans at the 75th AMVETS National Convention at the Galt House.
AMVETS serves more than 20-million veterans and advocates nationwide. Their goal is to improve quality of life for veterans, their families and the communities where they live.
The week-long annual convention is an opportunity for veterans to talk about the issues that directly affect them and help make national change.
WHAS11 spoke to veterans at the convention who are excited about the president’s visit and hope they’re concerns will be heard. The last president they remember speaking at one of the conventions was President Ronald Reagan.
“We go ahead and, shall we say, champion for veterans’ rights, health care, things like that where sometimes veterans are, shall we say, getting the short end of the stick,” Steven Holt, an attendee, said.
President Trump’s visit is restricted to American Veterans members only.
The president will head to a private fundraiser for Governor Matt Bevin’s reelection campaign after speaking to AMVETS members.

Trump is giving the FAKE NEWS a GREAT ANSWER on background checks!

IIRC, yesterday presser President Trump tzlkning China nuked, individually, by name…
…hussein did nothing.
…bush did nothing.
…clinton did nothing.
100% accurate and hussein, bush and clinton can’t refute they caved to China.

Oh, Trump is handling the Greenland thing like a CHAMP! Dropping BOMBS on OBOMBA!

Yep.
And to think, we were facing the Desolation of the Obama-nation….. let the reader understand…

OMG – Trump just NUKED the anti-Israel left. And before the NUKE dropped, he sent personal cruise missiles against the BDS crew, the Squad, AND the Jewish opponents of Israel. OMG!

He’s toying with the Fake News on the “King of the Jews” thing. BRILLIANT!

Nbc has less credibility than cnn….whooo!

Oh, how I love that jacket. And I (almost, sorta, kinda) feel sorry for that poor tweeter-er lady. After all, they can’t meme, either. #MAGA #KAG2020

Trump is tearing the FAKE NEWS to ribbons. This new press strategy is BRILLIANT and POWERFUL. He is BACKFIRING El Paso and Dayton not only on the FAKE NEWS, but on the forces of EVIL who pulled them off.

OMG Wolfie, did you see that presser?
He was brutal!!!!!!!!
And NBC guy, that guy needs some tomato soup and goldfish crackers from momma after the President was done with him.

Tomato soup? Crackers? His pacifier you mean and a cuddle with blanket and mum 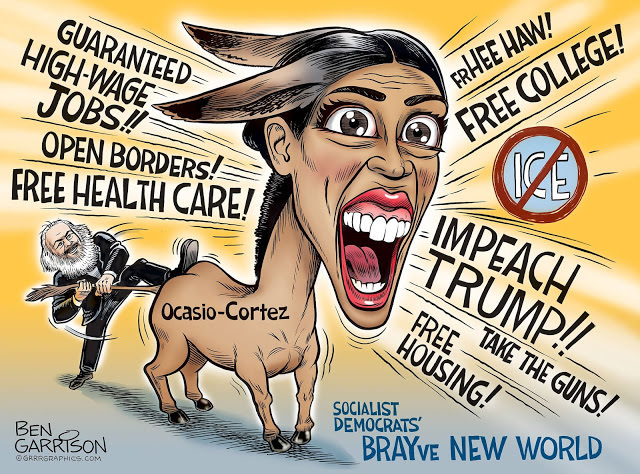 Did you hear the STUPID guy from NBC, “Mr. President, do you believe in the second coming of Jesus Christ?”
What an A$$hole.

Didn’t #44 get called “the chosen one” by the fawning press?

Yep. And he had kids singing hymns to him as if he were the black messiah…
More like a black hole… Everyhing that was any good, disappeared when he showed up…

Bwahaha!
“It’s only anti-semitic in your head.”
The Democrats own it.

Looking for a link to the full video. Anyone found one?

If we find one, I’ll be happy to make a thread out of it.
It was a nuclear presser – for sure.
And Grette or whatever the heck her name is, in Denmark………. she’s in a whole lotta trouble.
Being snippy with our POTUS to her press?
Yeah, he just told the pilot on airforce one to take off again. We’re not stoppin’ there.

Next up: President @realDonaldTrump speaks at @AMVETSHQ's 75th National Convention!

Isn’t that former Secretary of Interior Zink behind POTUS? Was this a photo from today?

Okay, link from The White House does work if you move back from the timeline (-12:00).

Okay, I am late, Big T giving me a fit. Sorry guys.

Put him in time out

We will never hestitate to defend our people as they should be defended.
Enemies will be crushed with overwhelming might,

Harry that emoji is sooooo cute‼️‼️❤️🤗

President Trump signed a bill forgiving student debt of disabled vets unable to work – and they will owe no tax on the debt repayment.

A great decision. I believe it is targeted to assist fully disabled Vets.
Veteran disability is based disability percentage.
Heard the remarks during his speech. Will be looking for the details.
President Trump has done more for our Veterans than any other President.
Not coincidentally, President Trump has done more for America than any other President in my 64 years.

I will SECOND that and I am older than you.
Sorry guys but Regean is a piker that got PLAYED by the globalists in comparison. (He allowed the Hostile takeover – Leveraged Buyout feeding frenzy that gutted US corporations opening the door to foreign ownership of US companies.)

This is it
“NEW: President Trump has signed an executive order eliminating student loan debt for over 25,000 eligible disabled veterans – NBC News”

Scaramucci is a Judas goat. Waiting for curtain to go up
Thomas Wictor @ThomasWic
@Lisa22 @mariel @2020_DJT
EXACTLY.
He’s been embraced by the CLINTONS.
All it took was for him to insult Trump and Trump’s supporters.
Remember: Trump takes the long view.
He and Scaramucci worked this out before Trump ran for president.

Thomas Wictor
@ThomasWic@social.quodverum.com
THERE WE GO.
“‘Democrats Have More Fun’: Anthony Scaramucci Lets Loose at Bill Clinton’s Birthday Party”
“No longer persona non grata, the Mooch celebrated his break from Donald Trump in Martha’s Vineyard last weekend alongside Bill and Hillary Clinton, John Kerry, and other Democratic A-listers. He may even have made a few new friends.”
Yesterday I told you that he’s probably the greatest Judas goat of all time.
Here’s your proof.
Thomas Wictor
@ThomasWic@social.quodverum.com
THERE WE GO

59
0
Would love your thoughts, please comment.x