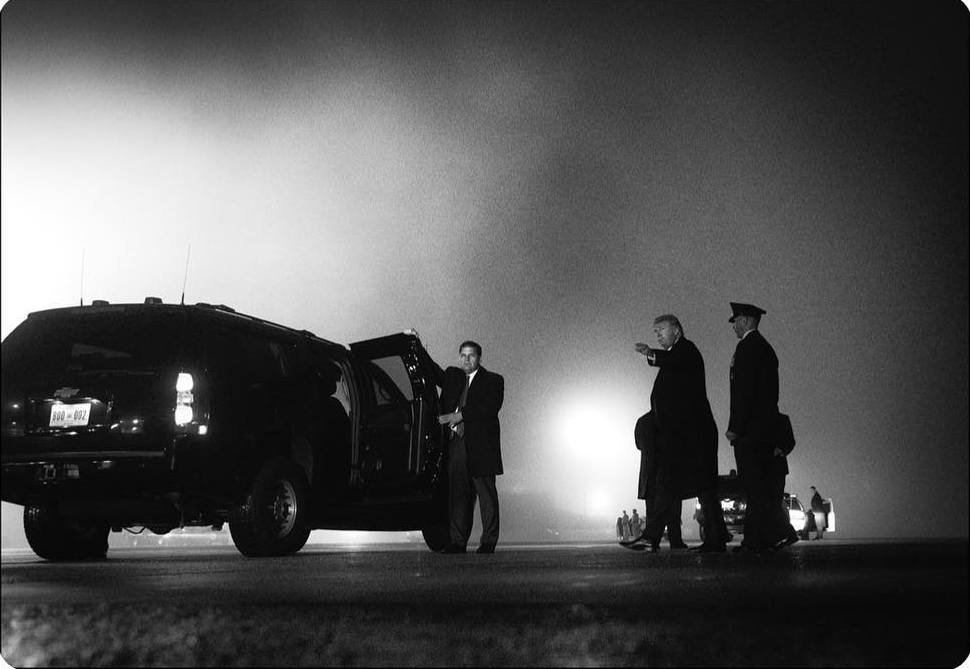 Daughn, if you don’t write a book, someone is going to take all your posts and publish one for you!

She’s writing a book. There’s no other reasonable explanation for all these great stories! 😀

You’re so good to me, Triple T. Husband has me about halfway convinced. There’s just soooo many stories.

Daughn!! T3 is so freakin right!!! You will always Be our Renaissance Girl! We are blessed to know you! We are proud to be your virtual friend–Bucket List– Go to Daughn.s B&B with All My peeps from Wolfies tree!!

Oh, Alison, what a spectacular headline.

Imagine if you told the mayor that he MIGHT be in the restroom but you’ve been too busy to know for sure.

Never understood the curiosity about what we were doing. My first husband consistently caught one neighbor going through our trash. What the heck is that about?

Daughn – Hookers aside, I wanna know about the trysts and sexcapades and near misses with spouse checking up on *ahem* working husbands.
One of our favorite stories from our Vermont bicycle tour was the predictable row during cocktail hour after our long day on the pedal pushers. Let me tell you Vermont – unlike Colorado – doesn’t use switchbacks on their roads, bike trails or hiking trails. Nope, regardless of the steep incline, Vermonters just head straight uphill.
Each afternoon, as we’d wheel into our new B&B for the evening, there would be a sign in the front lobby with each couples first names and our room assignment. The first two nights downstairs at cocktail hour, we could all hear Ben & Suzy (typical California ‘important’ business gurus carrying the newest, most expensive biking gear) in their room arguing loudly.
Finally someone asked Ben WTF.
Turns out Ben and Suzy had been separated for awhile, and Ben had signed up to bring his younger, buxom girlfriend Caroline on the trip. After signing up with Caroline, Ben & Suzy decided to try a trial reconciliation, and Suzy came on the trip with Ben instead of Caroline.
Unfortunately, communication with our tour guides & B&Bs was sketchy. Consequently each afternoon as Ben & Suzy arrived to check their room assignment, the names on the board were Ben & Caroline. Suzy would drag Ben to their room & rip him a new one for the repeated faux pas. They never did calm down enough to show up for cocktail hour, but would arrive for dinner as if nothing had gone amiss, even though we could all hear their shout sessions.
They were a tad “too important” aka snobbish for us Heartlanders to warm up to them, so the daily soap opera skirmishes became our hors d’oeuvres entertainment.
Fun times. Both B&B owners and guests have lots of tales of human erratic behavior 😊

Can you imagine – the girlfriends name on blackboard? OMGosh.

This is great! These stories are just too good to ‘put down’…..perfect comic relief from a 5 (or 6!) skeptical cat day….. I need to take a Daughnworks247 course in storytelling……sheesh!

this was a good one and a needed smile!
I hope you write a book and as I stated before…I’ll buy one AUTOGRAPHED please!
heck if Valjar can write a “best seller” with her face and attitude–yours will have NO problem making the NYT best seller’s list!!

Storytelling is a lost art. To make them come so alive digitally is a very special talent daughn. Your stories have a human quality that makes them special. 🙂

Garrison Keillor ain’t got nuttin on dw247!!! I think the secret of being such a wonderful storyteller is the ability to observe…. the devil is in the details, etc etc… Trump1 Trump2…. tooooooooooooooo funny!! TY

Garrison Keillor is amazing. We have so many of his books. Husband had a ritual. He would do the lawn on a Saturday, and when done, kick back with a cigar and a cold beer under the shade of a pecan tree…. listening to Garrison Keillor on a Saturday afternoon.
Remember the music at the end of the show?
One little neighborhood boy described husband as “listening to that Chinese music” on Saturday afternoon.
Funny…

My favorite GK were the Café Boeuf episodes.

🤣 🤣 🤣 🤣 🤣 🤣 🤣 🤣
When you write your book Daughn, THAT story should be the first tale as the intro. After reading that people will want to read the whole book.

AMEN. Yup. Gotta keep that as the CURRENT lede story. Until the NEXT ONE! 😉

Daughn, you are the modern day Fannie Flagg – your stories are entertaining, hilarious, and I love reading each and every one of them. Yes, you need to write a book – a best seller!

I have, of course, never seen your eyebrows Daugn, but to have them twitching like the tail of a squirrel, is descriptive writing in a class of it’s own, that conveys a level of displeasure, without sounding angry.
You certainly have a captivating way with words.
ps. I live in squirrel country, and am familiar with many of their mannerisms, including tail twitching, swishing and sometimes slapping the ground to ‘voice’ their dissaproval.
The Book is just a matter of time.
Your stories will be read far and wide

You have a sharp eye, Golsono. That was my favorite sentence in the whole piece.

27
0
Would love your thoughts, please comment.x