Let’s see…Moon Township outside of Pittsburgh. Steel, coal and all that jazz.

The initial settlement of Moon Township was a direct result of the westward expansion of English settlers and traders who arrived in the Ohio Valley in the early to mid-18th century. During the French and Indian War (Seven Years’ War), the Iroquois, who controlled the land for hunting grounds through right of conquest, ceded large parcels of southwestern Pennsylvania lands through treaty or abandonment to settlers. In some cases, the land was already occupied by squatters who were to be forced off the land.

In the face of this turmoil, Native American settlements of the south bank of the Ohio River typically relocated to more populous areas of the north bank in the current locales of Sewickley and Ambridge….

As the 18th century drew to a close, abandoned lands were taken up by new settlers who were drawn to the region by the fertility of the soil. This round of pioneers were, by and large, wealthier than their predecessors and had the means to develop the broken and hilly areas into plots suitable for farming.

At this time Moon Township occupied an enormous tract of land – possibly 145 square miles (380 km2). Some reports and, more often, legends of the time indicate that it would take one man on horseback two days to travel between the boundaries of the township. The sheer difficulty of settlers performing their civic duties (e.g., reporting to assigned polling places or attending jury trials) made it necessary for local governing authorities to parcel out the land into smaller municipalities. So, in 1790, the current Fayette Township was portioned off from Moon Township, to be followed by Findlay and Crescent townships, respectively.

In 1943, the federal government designed and built a housing plan known as Mooncrest for defense workers. Mooncrest residents produced armor plates, munitions and ships at the nearby Dravo Corp. during World War II.

In the meantime, please post tweets and videos below of what’s going on in Pennsylvania, and any travel stories you may have of the place.

Going after Ole Joe on the failure of Obama/Biden on H1N1.
“We reduced the [China Virus] fatality rate in the U.S. by 85% since April.”

WALL – MILITARY – ISIS CALIPHATE – LET’S BRING THEM HOME!!!
DISASTROUS TRADE DEALS – For 16 years under Bush/Obama – your household income rose $1K – in 4 years your household income has increased ~ $7K
Lifted 6.6M people out of poverty – Greatest Economy – Make America Great – Great Again
We defeated the China Virus – China has been a problem for a long time – we launched the largest mobilization in history to fight this virus – we shut down Chinese entry into our country – in January – Europeans – closed
Pioneered life saving therapies – reducing the mortality rate 85% – we have the lowest case rate – hospitalizations down 47% – our early and aggressive intervention saved thousands of lives – vaccine in record time.

Bernie’s a good loser.
Cash helps the pain of losing diminish, that’s for sure.

On Ole Joe: “He doesn’t know he’s alive.”
“They give him a shot of something. What the h3ll is he taking? I want a drug test.” (referring to the Bernie – Biden debate]
“Mini Mike — one question and he’s gone. 1.5 Billion gone. So now he’s trying to buy into the party [DemCom]. You would think he would’ve joined our party. He wants to try and buy their friendship. It’s not about money. There’s other things involved. My father used to tell me, If you can spend less money and win, that’s a good thing.”

1776 Project.
We will teach our children the truth about America.

These people are excited about the 1776 Commission – to education children on American exceptionalism – love of country – respect for the flag – American History – no 1619 Project lies – I know I am happy about this!

Police officers: “Let them DO THEIR JOB.”

Throwing cans of tuna at the Police Officers??? Easy to handle and fling – oh, my!!! Cans of soup, too – ammo
Drop the bricks – people pick them up – and throw them at Police Officers.

That’s gotta hurt…and what a waste of decent non-perishable food.

“If they win, your cities will be like that {Minneapolis]. I’m not even sure the country will recover. It should be closed up before it even gets started.”
Talks about the Lancaster PA riots over a legal LE shooting.
“Ole Joe never talks about it [Law and Order].”

POTUS gives a shout out to 2 DemCom Sheriffs who just changed their registration to Republican!
POTUS on the DemCom new attempt to impeach him again — “These people are stone cold crazy.”

Nice to see President Trump calling folks to the stage.
What next? Shaking hands? OH, the absolute horror. (sarc)

Parnell gave someone a hug too!

This protest against stupidity is going strong. 1 1/2 hours or so into it… 🙂
President Trump is surely into this tonight.

POTUS tying Ole Joe betraying Pennsylvania for decades. “He shouldn’t be asking for your vote. He should be begging for your FORGIVENESS.” OMG OMG

“I WAS ELECTED TO FIGHT FOR PITTSBURGH, NOT FOR PARIS.”
Fantastic line!

Bringing our Troops back to the USA – where they belong!!! YAY!!!

ICE is cleaning house! 5000 murderers gone or in prison!!!

I do not think PT likes KA-MAH-LAH – more left than Bernie – I am sure there is more he can say about her – but will not – the leeway she took as a prosecutor – how she destroyed the lives of many black Americans.

And laughs about it, whilst admitting she smoked weed.

She is a horrible individual, Church!!!

America is Hungover from Democrat Policies.

I have had enough. I used to fight heavyweights in the ring, now I'm ready to fight for all of Nevadans.

That’s why I’m running for Congress.

Please HELP ME knock some common sense into Washington!https://t.co/sl85W8TMDW pic.twitter.com/ThSD5mhMrn

IN GOD WE TRUST.
“Now you have a President standing up for America and for the great people of Pennsylvania.”

I think POTUS is winding up. I also think if had his druthers, he’d go on for another hour.

What an enthusiastic crowd! They were with him throughout – supportive and cheering his every point!

Some great pics from this MAGA Peaceful Protest Against Stupidity: 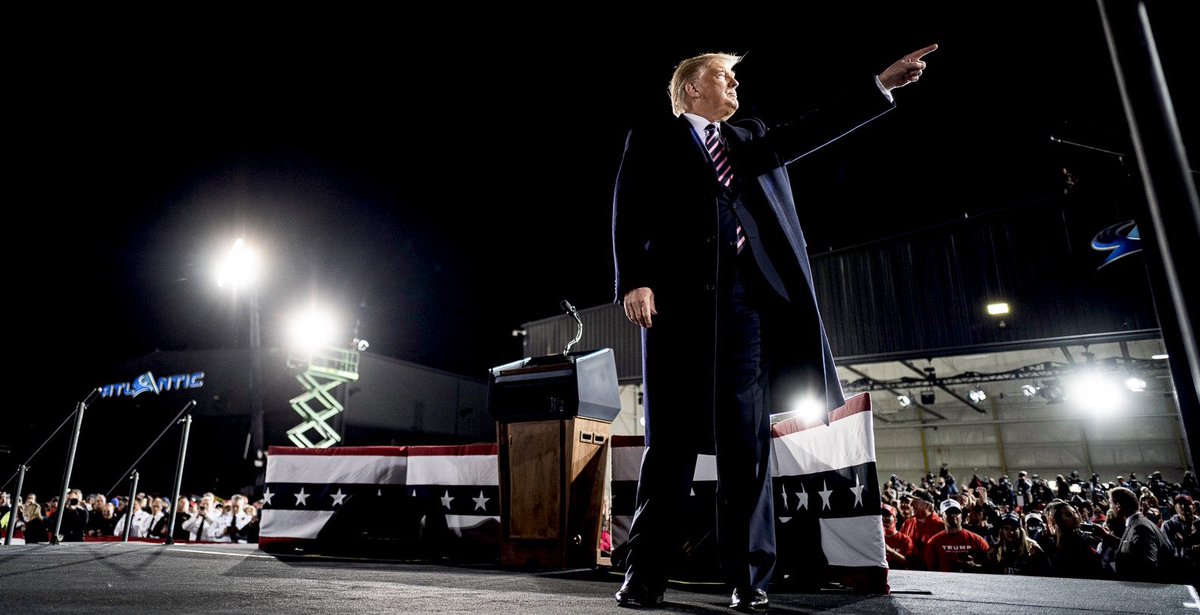 Thanks for doing these Peaceful Protest Threads, DePat.
🤗🥰
You’re doing an awesome job…and I appreciate all the work you’re doing on them!

thanks DePat…just got a chance to read this one!
thanks for doing all these threads…greatly, greatly appreciated!!!

132
0
Would love your thoughts, please comment.x