This LIGHT IN SEPTEMBER [10] [PLACEHOLDER] TUESDAY open thread is VERY OPEN – a place for everybody to post whatever they feel they would like to tell the White Hats, and the rest of the MAGA / KAG! / KMAG world (KMAG being a bit of both MAGA and KAG!).

And here we are. LIGHT IN SEPTEMBER.

Be part of it. Bring your wisdom, your talents, your opinions, your investigations, your prayers, and your hopes to this thread.

WE WILL TAKE CARE OF THE REST.

Where We Go One, We Go All.

OK. Maybe not ALL. Quick break. LOVE the orchestra having fun with it.

FOX just called it for Bishop!!!
The other guy, Repub, won as well.

I don’t trust those Dems

YES! Donald Trump pulled another one across the line !

You’re such a sweetheart… looking at them now. Reply in a few

Thanks be to God .

Excellent thinking about this spy! Check it out! 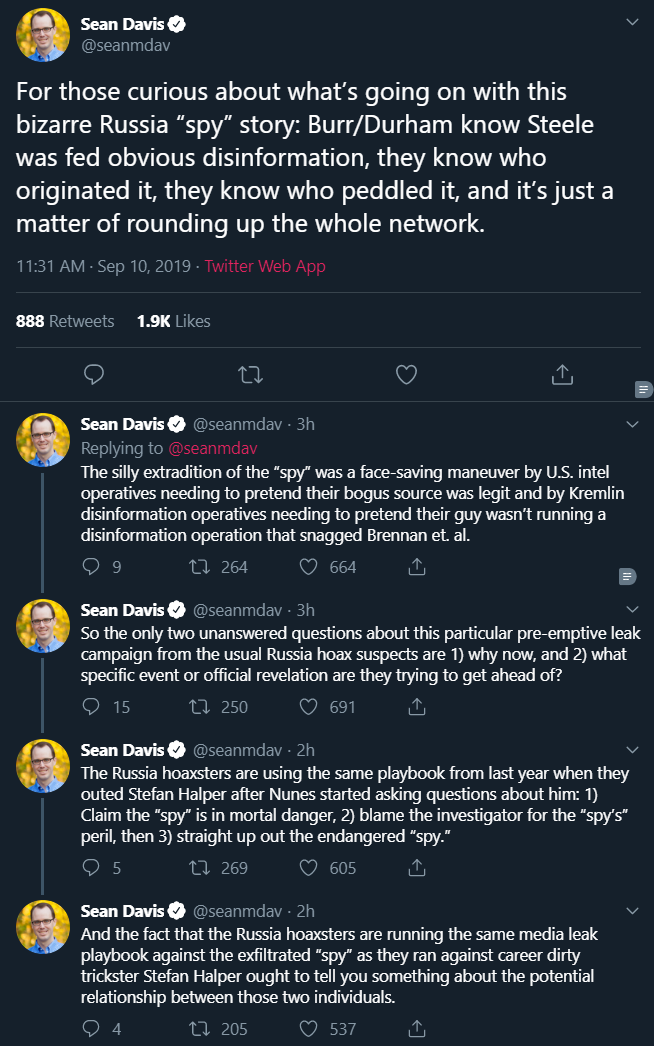 WE DID IT #NC09!!!! Thank you North Carolina!!! 🇺🇸🇺🇸🇺🇸🇺🇸 pic.twitter.com/hMohQZGl4w

We all know who pulled him over the finish line. I hope he says “thank you.”

AMEN!
Oh, he will say thanks! I’ve watched a lot of pols at Trump rallies, but Dan Bishop looks to be chomping at the BIT to defend President Trump!!! He will say “thank you” in ways that are going to KEEP ON GIVING!!! 😀

President Trump will be crowing about this win in the morning.
GOOD.
Should have never gone to the extent of another special election.
Wonder how much the Dems spent here.

Bishop was on this morning, I think he said Dems poured in $7-9million(outside money) vs Bishop’s $2million. My figures may be a bit off, but not the gulf. 🦋 needs 🛌

He knows all about Q.
He reads me the posts and has since November 2017.
He was being sarcastic, does not translate well on social media and he didn’t know to put in the snark emoji

Sorry for the confusion

I’m with FGaC, Big T should post more often! Smart, funny too. You are Blessed!!

What is with those last 2 precincts? Are they trying to harvest enough votes to win?

Yesterday, Democrats called #NC09 a bellwether that would predict Trump would lose in 2020.

Now that Dan Bishop won, they'll pretend they never said that and go back to demanding tax returns or something stupid.

Sydney didn’t want to comment about the pressure yet, but Judge Janine said there was more to it – stay tuned. Smart of Hannity to have the Judge interpret and comment on what Sydney was able to say. Good interview!

OhI I might have to tune in the late viewing of this tonite!!

Oh yeah, the letter came from Rosenstein to Mueller!!! Is that one of the memos he wrote to Mueller that they’ve been hiding? Mueller’s over and done, why haven’t they released and unredacted all the memos?? Some of Sydney’s requests to Court for evidence are under seal, perhaps it’s this???

I just learned……
In Hungarian (Magyar), Saturday is szombat.
So if you feel like a szombat is chasing you, don’t look for an animal — check your calendar.

Two for two in NC!!!! I can’t wait to get there.
What this demonstrates to me is that polling is dead. I consider pollsters the enemy and won’t answer. I’ve done my best to eliminate any social media windows into my behavior. We don’t even answer the telephone unless we have an affirmative reason to do so — we did our own study a couple of years back over a two week period. We got an average of three phone calls per day from places we could care less about. In the same two week period, we got a total of one call we would have picked-up had we been home…..and it was a butt-dial from the Fiancee’s sister.
All these a**holes keep thinking they’re going to sway us by shouting at us louder, and we’ve already tagged ’em as #FakeNews.

cthulhu “… I can’t wait to get there…..”
We are looking forward to having you.
….
If you settle in the research triangle park area, I will introduce you to THE BREAKFAST!

I’m already a fan of Biscuitville — they have a big poster on the wall showing where every component of every item is sourced in North Carolina, from ham to honey, wheat to eggs. And it’s all so tasty!
Harris-Teeter is as tasty as Whole Paycheck, but costs about the same as all the other markets. And don’t get me started on the Honey Monk…..I probably have the biggest stash of their table sauce on the West Coast.
I do not have to worry about starvation once I get there.

cthulhu ” THE BREAKFAST!” was started by GallopingCamel and a few friends and is a meeting of people like us.
DARN interesting group!

Yes, polling is creating news to sway the voter. Everyone wants to be part of the winning team, right?
The Achilles heel of the polling methodology is using strictly land lines. At this point, a critical mass of Americans no longer have them. (Whether or not that is a mistake is another story.) That’s whole, HUGE segments of the public missed in polls rigged for one side or the other, the way they are weighted.

Dems are not reporting the last two districts in NC #9
Do we have anything to worry about?

I was being paranoid.
Can’t shake the memory of going to bed when California was counted and suddenly, we lost 14 seats. Take me a long time to get over that shock and WE should never forget it.

AMEN!!! Same here. The LATE SWITCHES are their CHEATIN’ SPECIALTY.

Just had an interesting conversation with @GenFlynn

We are risk of losing our nation. He stressed that every voice matters. Our actions matter. We must rise up in historic numbers to save our nation! WE AGREED THAT WE ARE AT A PRECIPICE!

POTUS can only do so much! ITS ON US!

Fortunately, everyone here in this forum knows this already. Gen. Flynn only confirms what we already know.
It’s time for the “silent majority” to make itself seen, heard, and known.

“It’s time for the “silent majority” to make itself seen, heard, and known.”
I’ve got a question for you on this. Just using the eight households at my end of a city/not the suburbs block as an example, four of the houses are headed by baby boomers or older. Two have been Dems as long as we’ve known them (40+ years), but they’ve been quiet about affiliations of late. The other two are converts to Republican out of self defense of morals and ideals.
The other four are not – and pretty much refuse to have anything to do with the rest of us other than chat while we rake leaves and shovel snow. The group is a clique that just doesn’t include any of the rest of us.
How do you crack the wall liberals put up? This has been a problem outside of the choir loft for years. In the choir, the blue dogs will talk politics, but no one else does. We all know who lines up on which side, but there is no exchanging ideas.
How do you solve that?

Tonight’s election in NC was HUGE.
Why?
Because it was a direct referendum vote on POTUS himself, particularly after he went there specifically to campaign for Murphy and Bishop.
Flep and others often point it out and I mentioned it the other day…
Republican voter enthusiasm is on 🔥🔥🔥🔥
Dim voter enthusiasm is swirling the toilet bowl.
Tonight’s election proves it. POTUS’ campaign fundraising totals proves it. Overall GOP fundraising totals vs. DNC totals proves it. The crowds waiting to see POTUS vs. the socialist jackasses proves it.
Here’s another thing that proves it…comedy.
Comedians are at the vanguard of popular humor. And guess what?
Two of the biggest names in comedy….Dave Chappelle and Bill Burr…..both just released NetFlix specials that absolute DESTROY leftism and, in particular, the leftist PC “culture” as we know it today. Chappelle took on…and annihilated….the “alphabet people”, particularly trannys. And Burr did the same with feminism and the #Metoo “movement”. Utterly eviscerated them. These two comedians are so HUGE they set the tone for what is deemed acceptable in comedy, and they have clearly and vocally had ENOUGH.
2020 is shaping up to be a landslide victory of proportions never seen before by anyone…an absolutely inarguable and undeniable electoral REPUDIATION of everything the political left holds dear.
Mockery and ridicule. No one…NO ONE….does that better than Chappelle and Burr. Heading into 2020, Chappelle and Burr will have set loose PROFESSIONAL mockery and ridicule upon the left, and the public is going to seal it with a historic vote.
Throw some Deep State indictments into this mix (Comey, Brennan, Clapper, Hillary, etc) and you’ve just dumped raw av gas into a hot jet engine’s burner can, commonly known as “afterburn” (or “military power”), which makes a true jet engine do this…

I didnt know who bill burr is. They are triggered. Good.
https://twitchy.com/sarahd-313035/2019/09/10/uh-oh-bill-burrs-new-comedy-special-has-him-in-sjws-crosshairs-and-were-sure-hes-very-concerned-video/

It’s going to be fun, as long as Repubs do stay on fire 🔥 and not lose an iota of enthusiasm for one moment.
While driving and surfing radio stations, I came across an NPR interview of some female musician whose name I did not catch (not a huge name, apparently). I listened for a while because it was interesting to hear the Lefty point of view. She likes hanging with the folk music crowd because of their political views and activism. Both she and the male interviewer were bemoaning the losses they are experiencing re: “women’s reproductive health” and societal issues. She says she sometimes has to step away from politics because it gets to be too much; she has to just help people on a local one-on-one basis. The “damage” that is being done to their movement and “to this country” is too great.
I’m glad they are feeling it, but sorry they are so indoctrinated that they are blind.

You’ll be hearing a little about NPR in my next battle post. 😉

Pro tip….
Book your hotel room in DC for the next 4th of July NOW. If you thought the last one was well attended, we ain’t seen nothing yet. 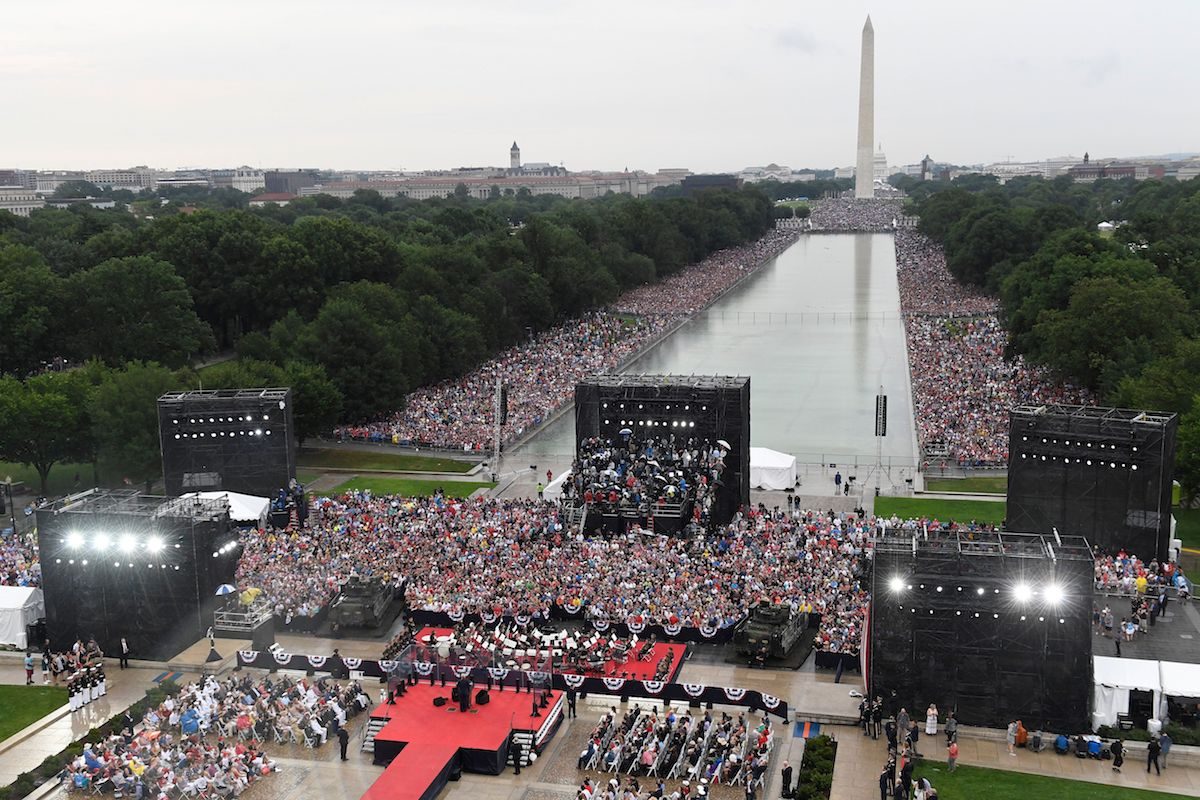 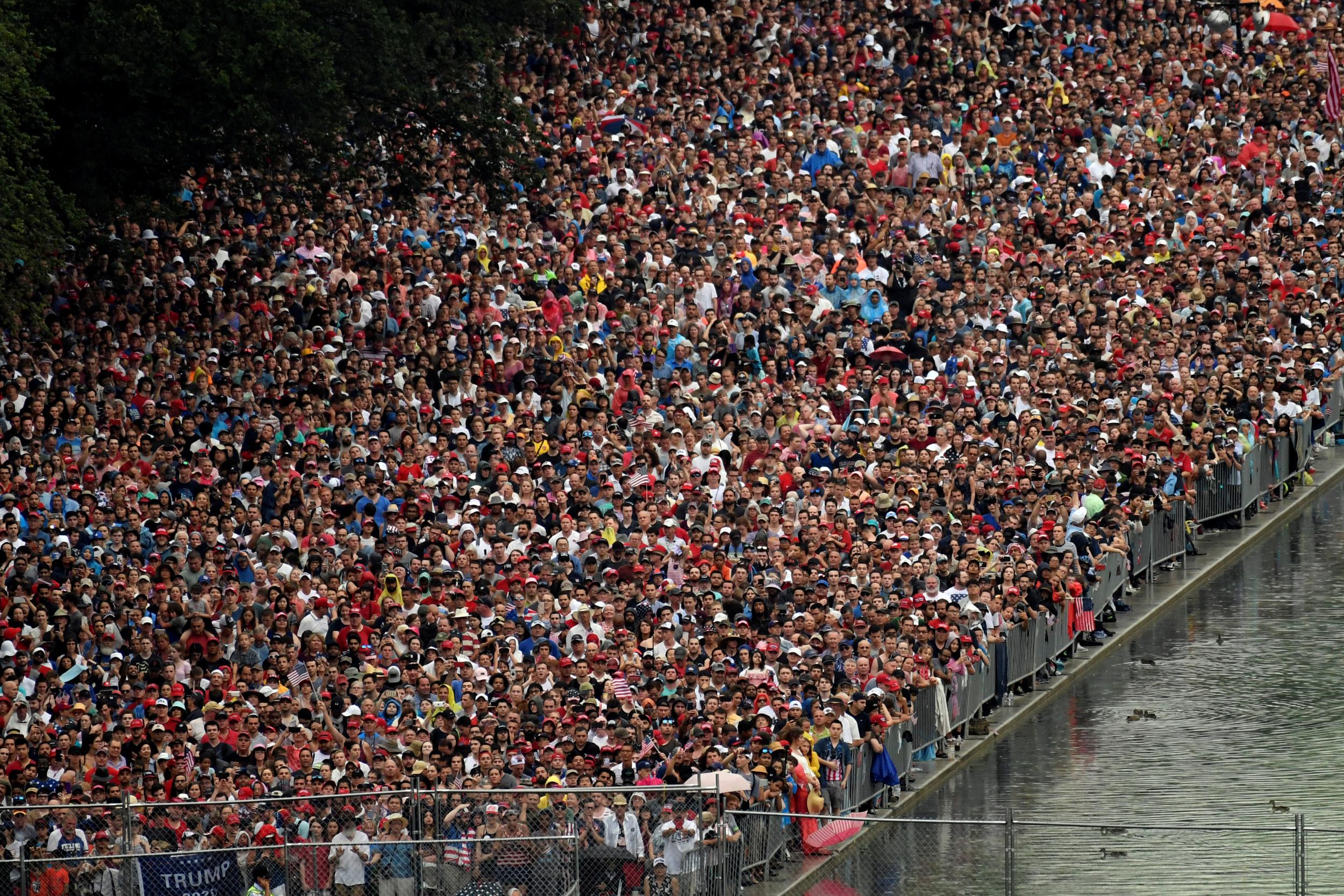 Yeah. I agree. The old guard is going to be swept away between now and then, by forces they cannot even admit exist, much less comprehend.

Donald J. Trump
‏
Verified account
@realDonaldTrump
1h1 hour ago
.@CNN & @MSNBC were all set to have a BIG victory, until Dan Bishop won North Carolina 09. Now you will hear them barely talk about, or cover, the race. Fake News never wins!

Five Books That Will Set Us Free – The Q Tree
Offline

589
0
Would love your thoughts, please comment.x