Enjoy another one of my “musicals”. I’ll get to it in a moment. But first, the background.

I actually like the idea of “Juneteenth” as a holiday, despite its unfortunate association in some parts of the country with black violence (Am I allowed to say that? It’s the truth.)

The end of slavery in America WAS a good thing. For EVERYBODY.

Man, did we learn THAT ONE in 2020. And the Bidenazis and Bidenistas had to use RACE to hide it.

And our own freaking FBI helped in the election theft. Utterly horrifying. I had no idea how right I was when I used to call them “KGB-FBI”.

I’m kinda surprised that Juneteenth hasn’t been more celebrated, although – yeah – patching up the civil war probably involved LOTS of bad compromises, beyond the Missouri one that helped start bad things. Compromises just waiting to be undone along with “statues of remembrance” being torn down on both sides by communists. Mostly WHITE communists, ironically. That’s where the manipulable “guilt trip violence” comes in.

Just BECAUSE Juneteenth was often an opportunity for hooliganism, doesn’t mean that it has to stay that way. As more and more black people are stolen from the Democrat WHOOPS I MEAN COMMUNIST plantation, Democrat hooliganism will become more and more of a liability for them. At some point, they’ll pretend like it never happened. But until then, DUCK.

ANYWAY, I saw something that triggered a thought. I want to thank bflyjesusgrl for this repost on GAB.

Apart from misspelling ROSENBERG, I have to love that tweet. Even more, I have to love that it was captured as an image, so it will be here with us long after Twitter hides it by suspending the author. That is how Choomer Rasputin stacks the content on Twitter to the LEFT, as America moves massively TO THE RIGHT. He censors PEOPLE and thereby their ACCOUNTS to hide the censoring of the CONTENT THEREIN.

ANYWAY, I’m a bit of a connoisseur of Rosenberg memes. I’ve collected a few.

Here is a GREAT tweet by Dinesh D’Souza, comparing the Rosenbergs to the Clintons.

That picture of the Rosenbergs is from dear Wikipedia.

Here was a great take on it, that somebody did.

Of course, there’s nothing earthly that can’t be improved.

Like I said, I’m a connoisseur. I even collect the bit players you never heard of, like George Koval. I did a deep dive on him and Jen Rubin back almost a year before Wray’s attack on Trump on Capitol Hill.

The very fact that fake conservative Jennifer Rubin published the below article (paywalled)…. “The descent of the GOP into authoritarian know-nothingism“ https://www.washingtonpost.com/opinions/2020/02/17/descent-gop-into-authoritarian-know-nothingism/ (WAIT BEFORE READING THIS – we’ll do it together later in the post.) … on February 17 tells me who is living rent-free in her mind. February the Qth was no accident. And …

Yup. The Bolsheviks in Washington HAD to destroy Trumpism. Too bad that didn’t work.

I believe that the reason our treasony traitors pulled off the horrifying January 6 false flag…..

…..which we have indeed covered, is that they figured the only way out of blame for a lot of nasty stuff, was to not just get rid of Trump – they had to get rid of true American patriotism itself.

One thing that the traitors did, which was actually very, very smart, was to INFLAME the buffalo for five years. They wanted us AGITATED so that we would go right over that cliff on January 6.

Funny how badly that didn’t work. They ALMOST got their “Reichstag”, but not quite.

Too bad THEY were the only ones yelling “Burn This Shit Down”.

Anyway, back to the Rosenbergs. If you simply do a search on Julius and Ethel Rosenberg, you will be reminded that they became instant heroes to the treasonous left, and remain so to this day.

They were the MUMIAS of their time.

If you want a really fast take that gets to the guts of their guilt or innocence, just read this article in the Huffington Post.

After reading that, it’s very clear that, just like we can be certain that MUMIA is where he deserves to be, the same can be said for the Rosenbergs.

And where is that?

Not my job. Let GOD sort them out. But before that, the LAW dealt with them.

I was dreamin’ when I wrote this

Forgive me if it goes astray

But when I woke up this mornin’

Coulda sworn it was judgment day

The tie was all purple,

there were people runnin’ everywhere

Tryin’ 2 run from the destruction,

U know I didn’t even care

I was dreamin’ when I wrote this

But commie’s just a party,

Commies all around us, my mind says prepare 2 fight

But we can see

don’t bother knockin’ on my door

I got a lion in my pocket,

Yeah, everybody’s got a bomb,

we could all die any day

But before I’ll let that happen,

I’ll dance my life away

Two thousand twenty twenty party over, but we still free

Everybody, everybody say party

Can’t run from the revelation, no (Party)

Sing it 4 your nation y’all

Work it down 2 the ground, say (Party, Party)

Got a lion in my pocket mama, say (Party)

Commie–why does everybody have a bomb?

Commie–why does everybody have a bomb?

Wicked cool! I love it!

Already started, I am confident these bast**** will eventually ALL be exsposed. Question is who are they taking with them? Sure will be interesting to watch the cockroaches scatter when the Light shines on them……
Great post 👍
People are awakening and sick of being sheep, I think they overplayed their hand with the whole covid/mask BS.

They couldn’t keep the narrative.

Patriots and alt media all the way!

I think so, too. People got fed up at the end of it. They pushed too hard.

Here’s a list of movies made in 1953 to watch tonight:

1953 was the very first year for the Chevrolet Corvette 👍 😁 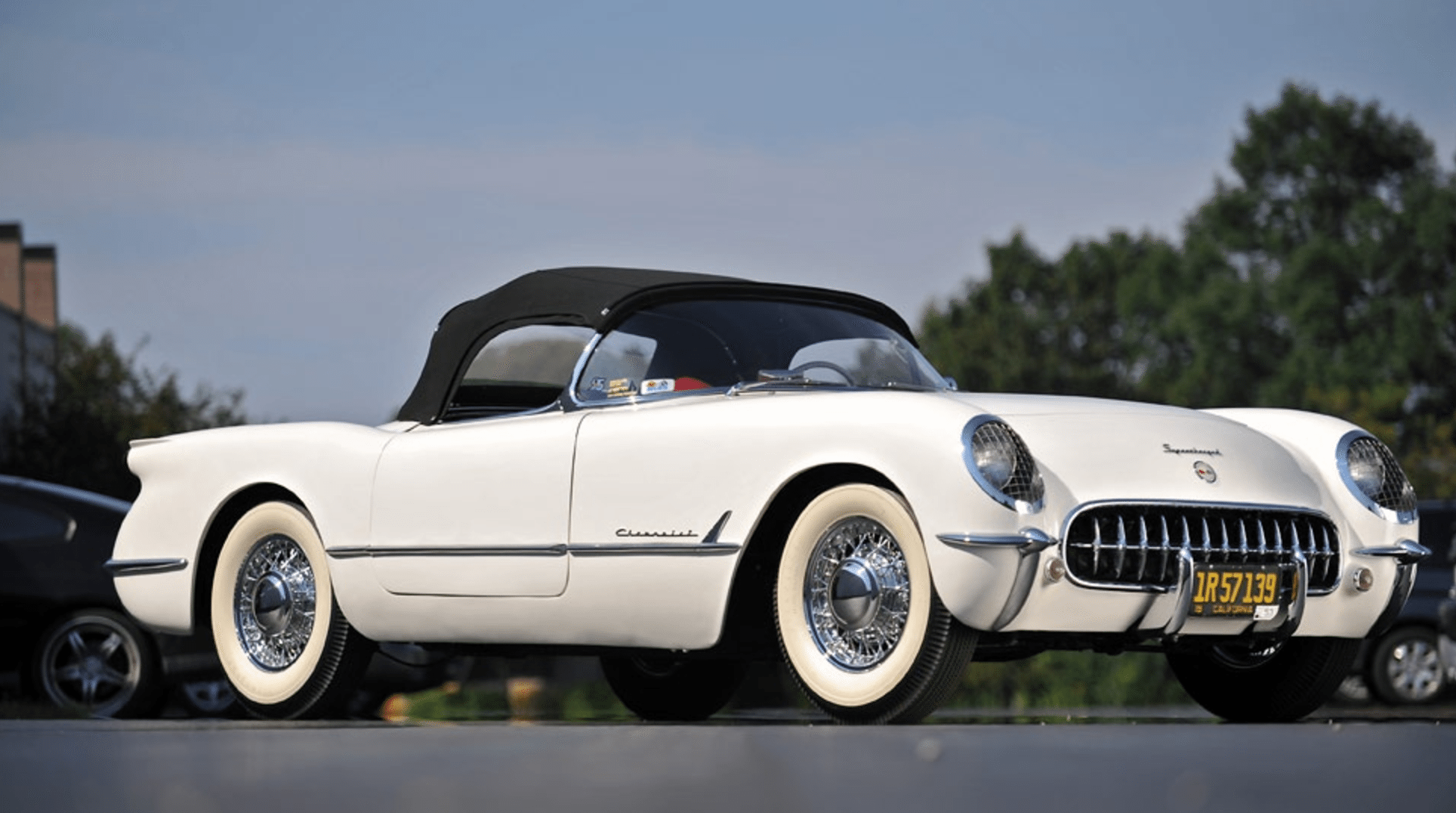 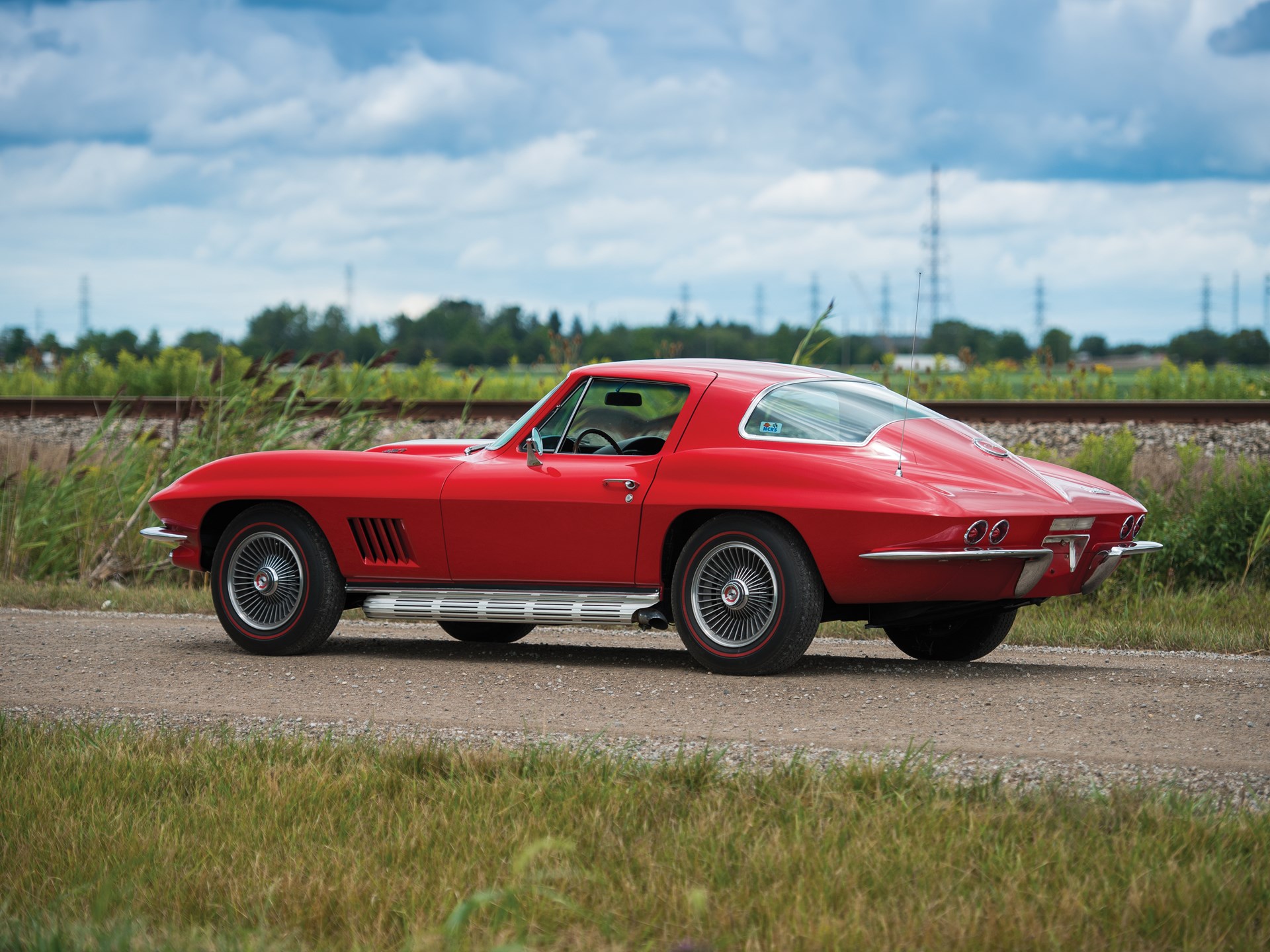 Yes, the 1963 split-window coupe (only year for the rear split-window, which you certainly know but others may not 😁 ) was the first of the ‘midyear’ or C2 body style, with full independent rear suspension.

And 1967 saw many refinements of the previous 4 years, with the availability of the L88 engine option, of which only 20 were made for street use (the rest were used as racing engines). It had aluminum heads, saving about 70 Lbs. of weight on the 427 cubic inch engine, and an 850cfm Holly carburetor.

Conservatively rated at 430hp (the less powerful 427ci/435hp tri-carb engine was rated higher), the true horsepower of the L88 engine option was reported to be over 500hp.

The stuff of legends 👍 😁

The 1963 split-window coupe, the first Corvette Sting Ray, is a thing of beauty! 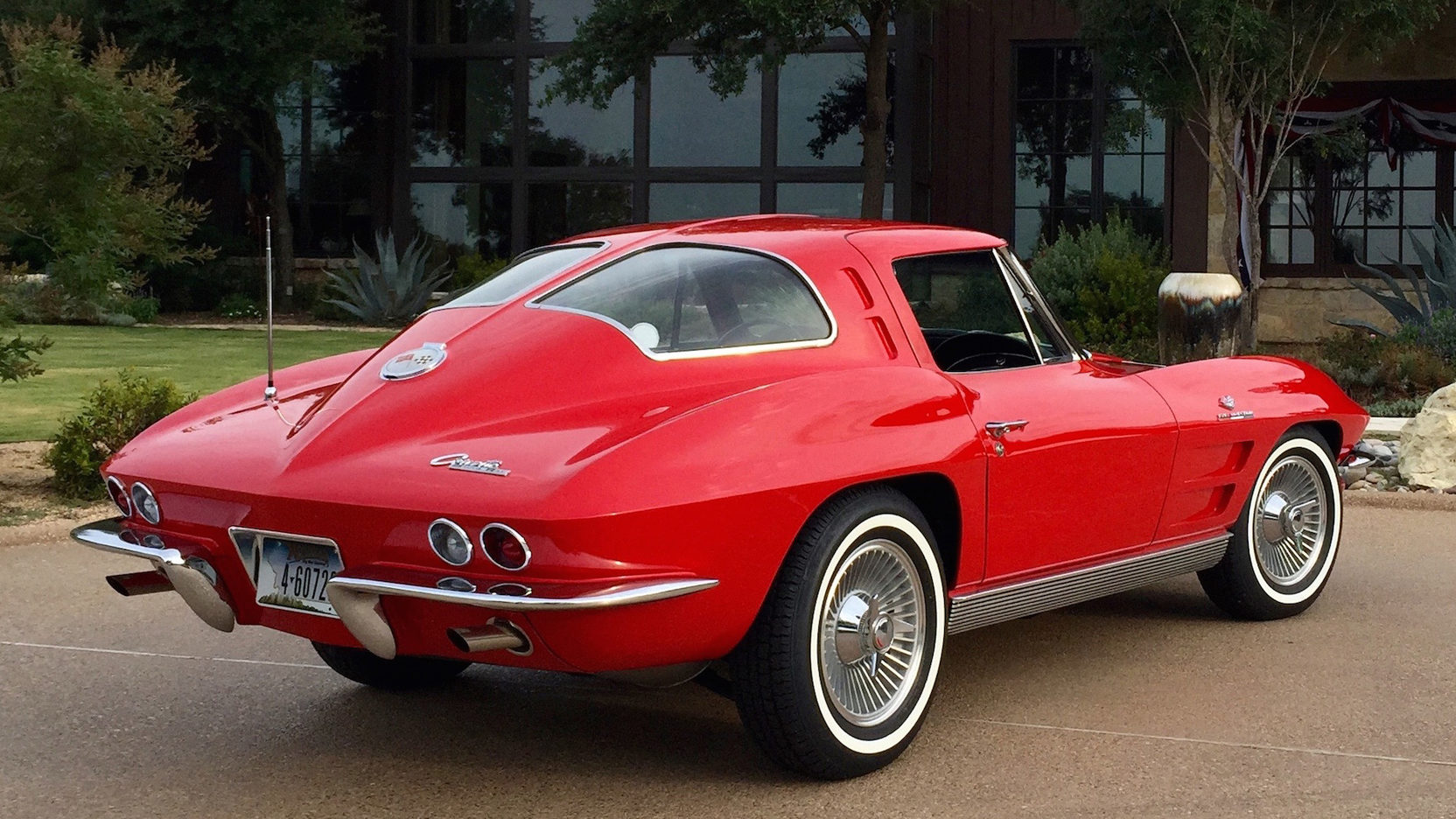 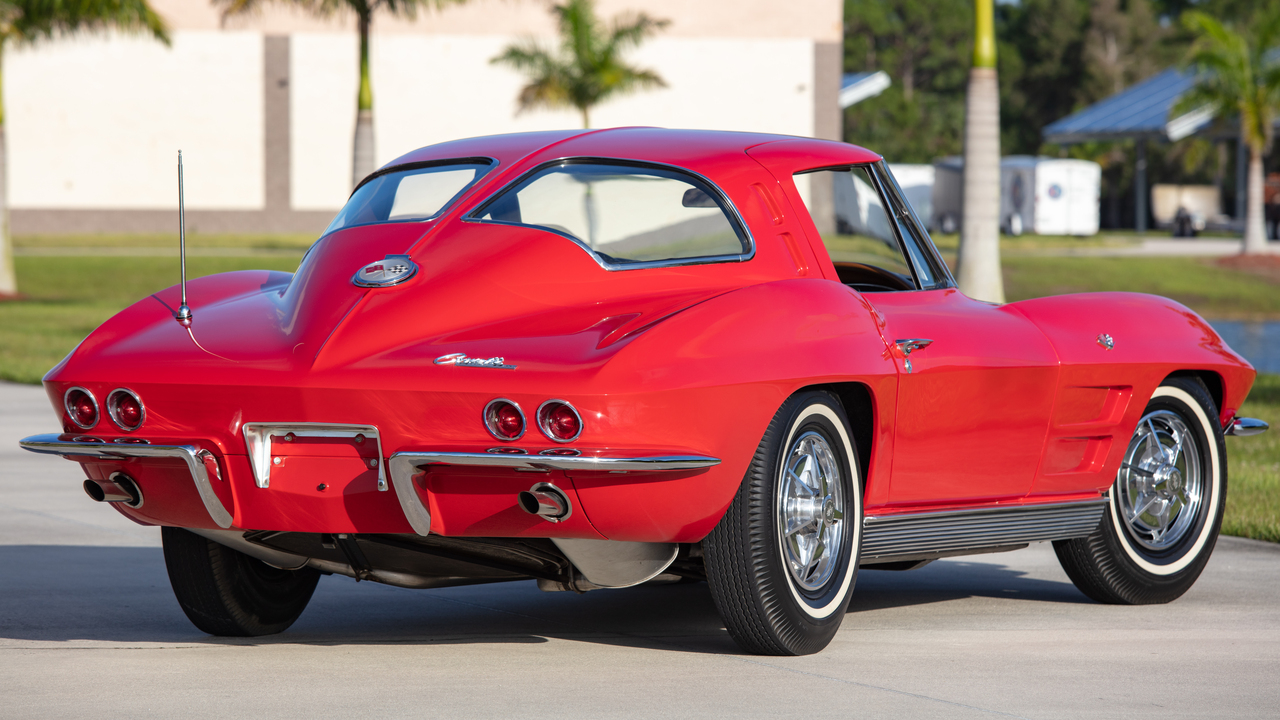 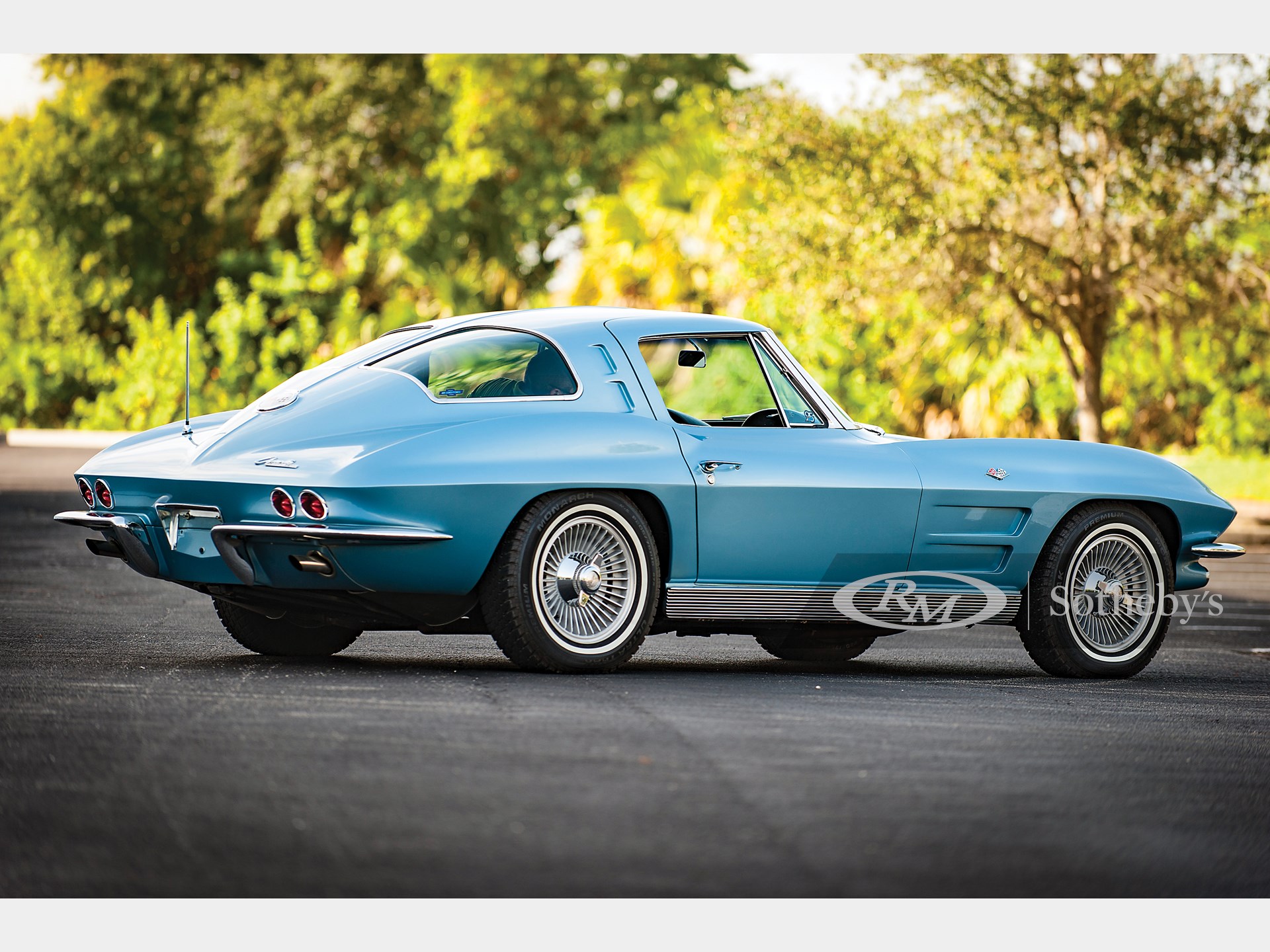 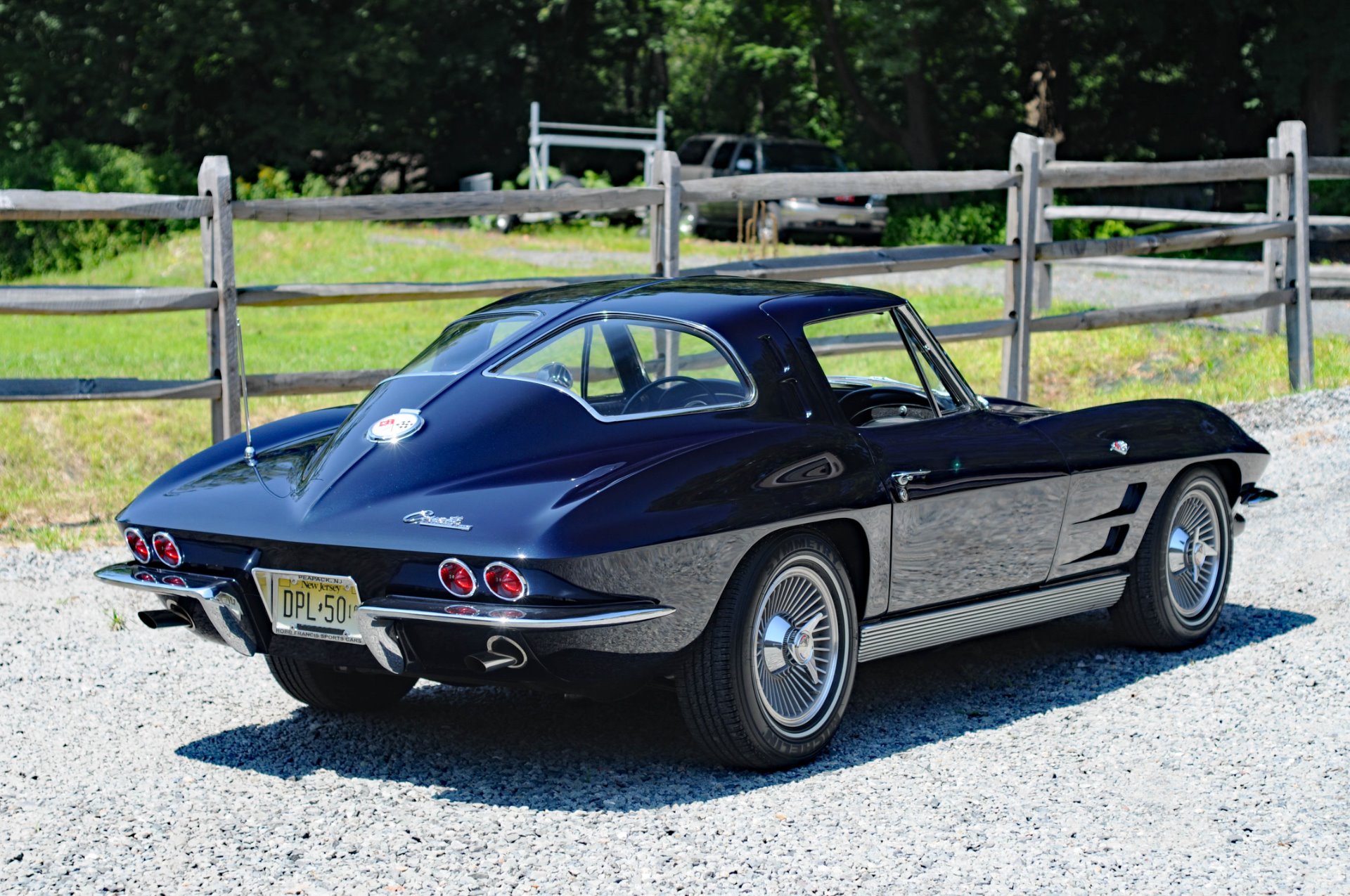 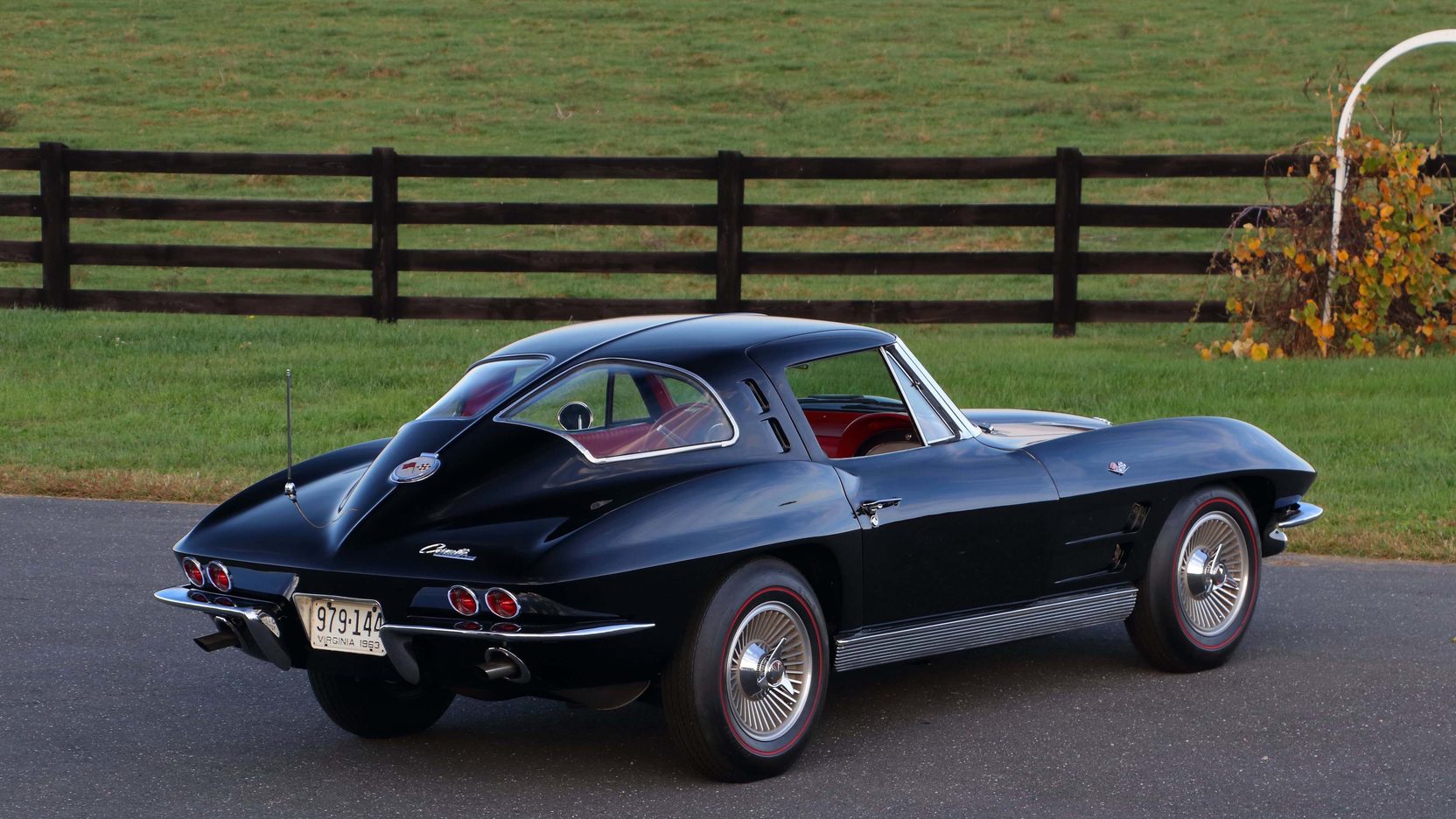 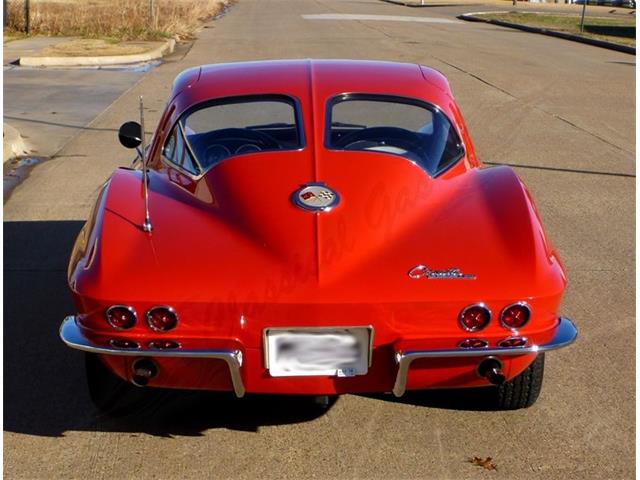 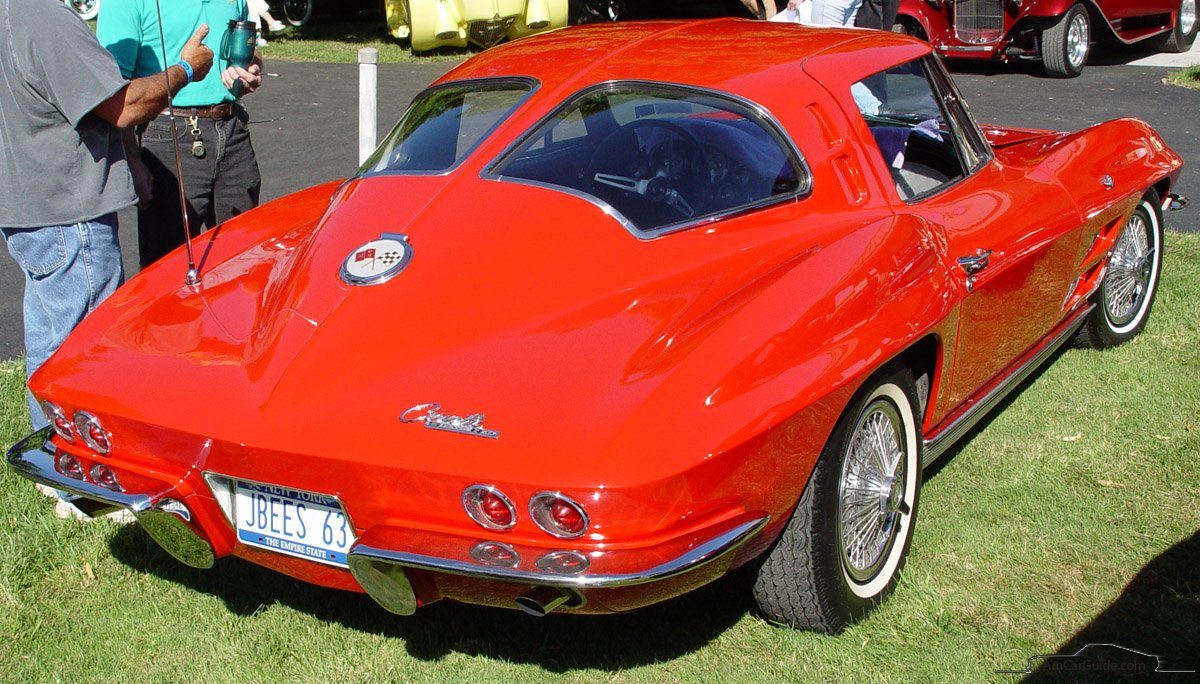 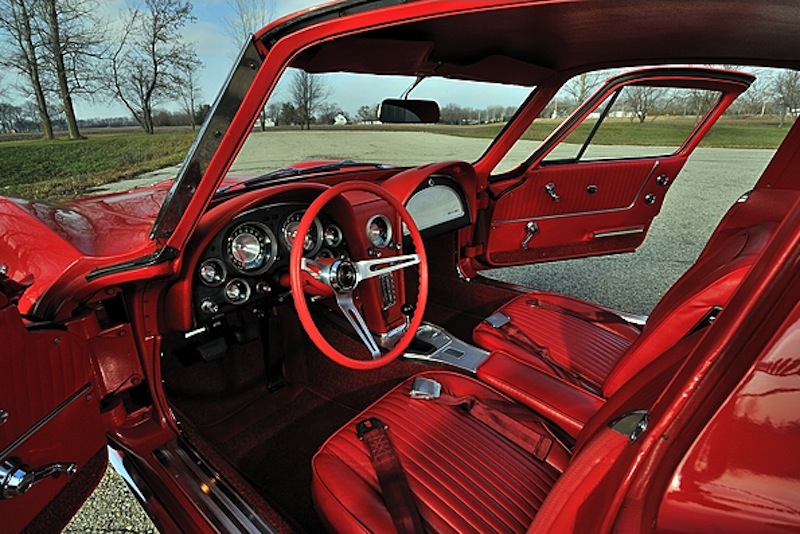 My favorite cars ever made… 😁

There she is!!!! Thanks, Scott. Wonderful car …

There was a time that I could look at any corvette and tell you the year and model however the memory is no longer what it once was and I have lost that ability, but the 1963 split window – unforgettable, what a beauty…..:0)

Roman Holiday is a wonderful movie! They made some great stuff back then!

I think I may have changed my mind. From Here to Eternity was made that year!

There’s a lot of good choice. But 1953 is totally retrocultural.

Also apropos for our site:

Great film! But How To Marry A Millionaire is an all time favorite, too.

The Big Heat is a great film noir, with Glenn Ford and Gloria Grahame
https://www.blu-ray.com/movies/The-Big-Heat-Blu-ray/170647/

“A police detective whose wife was killed by the mob teams with a scarred gangster’s moll to bring down a powerful gangster.”

And this one is another favorite from 1953 (foreign film, not on the list):

“In a squalid South American oil town, four desperate men sign on for a suicide mission to drive trucks loaded with nitroglycerin over a treacherous mountain route. As they ferry their explosive cargo to a faraway oil fire, each bump and jolt tests their courage, their friendship, and their nerves.”

It was remade in 1977, retitled ‘Sorcerer‘, directed by William Friedkin (director of The French Connection, The Exorcist, To Live and Die in L.A.) starring Roy Scheider, and it’s also pretty good (rated 8.2 on blu-ray.com):

So many good old movies, no need to watch modern trash!

Gotta have one of those after dinner.

I used to read Stanton Delaplane in the SF Chron all the time. According to wacky (and some of his auld columns) he brought “Irish” to the USA, via San Francisco, back when it was a great city, “Baghdad by the Bay” [Baghdad used to be better then, too] as opposed to “Sodom by the Bay”…

Tchibo and Eduscho used to sell Irish Coffee “mix” in little bottles that you’d pour into a cup of boiling water. The EU declared them illegal for some stupid reason… sigh….

Hmmm. Great stuff. Needs bacon. And a scone or two 🙂

Of course, that also depends on how much Irish he had in his coffee 😆 hic… 🙂

Uh-oh, I gotta make a grocery run. Chicken tettrazini was the most popular meal for 1953:

1953: Chicken Tetrazzini
Once a romantic dish eaten by movie stars and opera singers, chicken tetrazzini later became a comforting, at-home meal made with chicken, spaghetti, and a creamy, vegetable-infused sauce.

I went looking for an old chemistry joke about “chicken tetrazine”, but could not find it. ﻿😉﻿

I just went and bought the ingredients! I hope I don’t blow up the kitchen.

It was in motion alright, right down my gullet! It was delicious, and went well with Roman Holiday! Gregory Peck was a gorgeous man.

OMG, W – just what the Doctor order for all of us.

I just realized that this was straight out of that old post I did about William Lind’s book “Retroculture”!

Confessions of a Retrosexual Backtivist

OK. Confession time. I’m not just a classic liberal – I’m a PALEOLIBERAL. Which in these incipient socialist times means that I now resemble a “classic conservative”. Yeah, it’s complicated. But the bottom line, is that I want America to be conservative enough that it’s MORALLY SAFE to be a wee bit liberal again, championing …

I had forgotten what I said there:

Retroculture is, incidentally, the very idea that got Trump elected.

BECAUSE WHEN PEOPLE WISH THEY COULD GO BACK TO A BETTER PAST, THE MAN WHO CAN ACTUALLY HELP THEM PULL IT OFF IS THEIR CHAMPION.

Great post, Wolf! I’m kind of fond of 1953 since it was the year I was born. But I had no idea it was also the year the Rosenbergs were executed.

It was a BIG YEAR. Ike elected – END of the Korean war – and THAT sounds connected in a REAGAN WAY.

(I mean inaugurated, but – yeah. First year of Ike!)

Oddly enough, the Fiancee had something trigger a random memory flash. She was quite young, in a specific house, and watching a funeral on TV of someone important, and crying, and her mom kept trying to have her turn it off and move away from the TV and she wouldn’t.

She had been particularly wound up because two grandparents had just passed away and her parents had deemed her too young to attend their funerals.

So we whipped out the Google-fu and it was most likely Eisenhower’s funeral.

I love it! Thank you.

So, if it’s 1953, do we all get to marry millionaires? I mean without living in a penthouse and having to sell grand pianos?

Hollywood – STILL LYING IN THE PAST! ﻿😉﻿

LOL! We are engaged in cultural antimarxism!!!

What type of 60 Minutes puff piece on proven traitors will happen next?

52
0
Would love your thoughts, please comment.x