Friday is here and Wolf’s Pub is open! We’re doing a great business in the back of the pub with all the dangerous drugs around nowadays…HCQ, NAC, and Ivermectin. People are dying for ‘em.

At the front of the pub, is our drink special for today, which comes from a centuries’ old manuscript dedicated to giving long life. I’d say there’s some alchemy going on there (see below). Considering that the plague continued to find victims centuries after the Black Death, it is no wonder that mankind was casting about for health treatments and elixirs of life.

I found this fascinating article about a popular tract that details how to treat for the plague. Honestly, Dr. Fauci would be most comfortable with dispensing their advice today, I think:

“This treatise tells you everything you need to know to avoid getting sick during the next pandemic. It opens by telling readers how to avoid catching the plague:

If an outbreak of the plague has happened again, you can take the following steps to protect yourself. Don’t take baths and don’t sweat; both will open the pores of your body and let the venomous air get in. Avoid lechery too because that also opens the pores and lets the illness in. Don’t eat much fruit unless it is sour or new. Don’t eat garlic or onions or leaks or anything that is going to get you in a heat. Drink lots of fluids: cold water is best with vinegar of barley water.”

The treatise then informs readers how the sickness enters and impacts the body:

It explains that every person has three principal parts: the heart, the liver, and the brains. Each part has a place in the body where it expels waste: the heart under the arms, the liver between the thighs, and the brain under the throat. The sickness comes into the body through the air, makes its way to the blood and attacks the heart, then the liver, then the brains. Each part of the body will attempt to expel venoms through the cleansing part, but if it can’t, those places will break out in plague boils.”

But first, let’s recap what the medical/pharma people have been up to, in memes of course:

Now I ask you, who is more learned: an 18th century group of monks making an herbal elixir for long life, or Dr. Anthony Fauci, that lying fink who tells medical lies as easily as he breathes? On to the elixir, which probably has more medical expertise in every bottle than Fauci has had in four decades.

Today’s special is Chartreuse, yet another monk-inspired liquor. The history of this famous liquor reads like a medieval mystery. It is made by Carthusian monks from a closely-guarded secret manuscript that details a very complex, almost alchemical recipe of 130 herbs. According to the official website:

“The Order of Chartreuse was more than 500 years old when, in 1605, at a Chartreuse monastery in Vauvert, a small suburb of Paris, the monks received a gift from Duc Francois Hannibal d’ Estrées, Marshal of King’s Henri IV artillery : an already ancient manuscript from an “Elixir” soon to be nicknamed “Elixir of Long Life”. This manuscript was probably the work of a 16th century alchemist with a great knowledge of herbs and with the skill to blend, infuse, macerate the 130 of them to form a perfect balanced tonic.
In the early 17th century, only a few monks and even fewer apothecaries understood the use of herbs and plants in the treatment of illness.
The manuscript’s recipe was so complex that only bits and pieces of it were understood and used at Vauvert.”

The classic Chartreuse gets its unique green color from the chlorophyll in the herbs. The video below has the history as told by two representatives involved with sales of Chartreuse.

Here’s another shorter video review of Chartreuse, which because of its alcohol content soon became more than a medicinal. The original Chartreuse was 69% ABV. Today it is 55% ABV.

There’s a plethora of cocktails that include Chartreuse, but if you enjoy the pungent complexity of herbs, with honey tones, you will enjoy this special liquor straight up or on ice. I hadn’t tasted Chartreuse in decades, so I indulged in purchasing some the other day. Wow, I’ve been missing out.

Today, there are only two monks at a time who know how to create Chartreuse. They must travel in separate cars when they go to work.

THEY ARE TRYING TO KILL US

The Conservative Treehouse details in two articles, here and here, how the federal government has overtaken dispensing life-saving monoclonal antibodies in ways that punish states with lower vaccination rates.

Florida Gov. Ron DeSantis is having none of it.

During a press conference earlier today, Governor DeSantis outlined the issues Florida is facing after the Biden administration instructed the federal offices of HHS to punish the successful therapy and recovery efforts of the sunshine state healthcare system.  DeSantis outlines the purchase agreement that Biden intentionally violated and also the issues created by the federal government now blocking direct purchasing of treatment from the manufacturer.”

There’s so much evidence of medical malpractice and outright murder of patients that it is destroying the medical establishment for a generation. The ideological rot has destroyed any conscience they might have had. The LOVE OF MONEY is the root of ALL evil.

I bet they won’t be enjoying their filthy bonuses much in the future.

But here at the Qtree, we are a community of individuals who think life is precious and worth saving, and I have to tell you, I am so proud to be among y’all. I just love all of you. You’ve made these “interesting times” bearable.

If you’re new here, a review of the House Rules will give you an idea of why we stick together through thick and thin, through squabbles and disagreements. Wolfmoon has provided the Utree for us in case someone needs to duke it out, but mostly it’s a great place to reconvene if/when needed. It’s proven indispensable.

NPR got caught with their pants down telling more lies about hospital bed availability in southern states. It’s beyond ridiculous at this point.

“Though the Washington Post quoted a hospital spokesperson as saying such situations were an “ongoing problem” in Alabama hospitals, not one person from the hospital confirmed the daughter’s story about the supposed capacity issues at the 43 ICUs. It wasn’t confirmed for the NPR report nor the WaPo report.

At the very least here, NPR deceived readers by making them believe two things, the first one being that DeMonia was never admitted to the Cullman hospital (false) and the second one being that the hospital couldn’t admit him due to being overwhelmed with COVID patients (also false). The Washington Post earns no brownie points for their story, either, which wasn’t much better.

And to this day, no one in any official capacity will confirm the 43 ICUs claim.”

I really don’t know what to think about the Sussman indictment. I’ve gotten so cynical that I’m gonna let some time go by and events unfold before I get all giddy. Articles about it here and here and here.

Corey’s Digs with COVID RESOURCES. Excellent. Pass around to everyone. 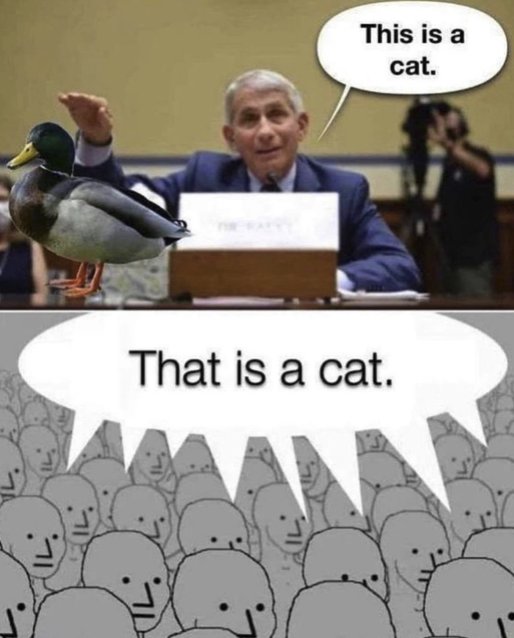 Thank you. What did I need to do to make it post?

Open the image in a tab by itself. Then rt click and copy image link. Paste it here. Replace the ? mark and everything after it with ‘.jpg’.
Took me a while to get it, but now I’m a maniac! 😜😁

Thanks! I did everything except replace the ? mark, etc., with jpg. Will try to remember this!

Be sure to put a period in front of jpg. Turn the question mark into a period, then add jpg, erasing everythig else.
.
.
**https://pbs.twimg.com/media/E_hbKC8XIAE1tFc?format=png&name=small**
.
Becomes
.
*

I posted an example but I think it’s in the bin.

Turn the question mark into a period. Then add jpg……(.jpg)

On September 17, 1787, the delegates to the Constitutional Convention met for the last time to sign the document they had created. We encourage all Americans to observe this important day in our nation’s history by attending local events in your area. Celebrate Constitution Day through activities, learning, parades and demonstrations of our Love for the United State of America and the Blessings of Freedom Our Founding Fathers secured for us.

She reminds me of… 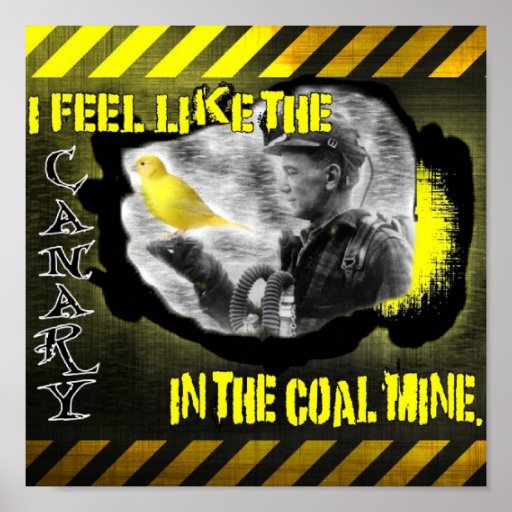 Supply line snapping quicker than we think? Biden is going to be under huge pressure to over ride FDA decision today. Remember they want it by the end of Sept. Might be the reason that there rushing forward with the alt Ivermectin thing. Might be their only way to save face. It will be interesting to see what gets approved first.

I do wish that Zoe could see this —

but I can’t even describe it.

What he does seems impossible.

He doesn’t make a lot of money performing. One of the things that contributes to a healthy lifestyle is that ALL the card manufacturing companies have a consulting contract with him where they ship him several decks a month….and he confirms that all the cards in each deck are identical to him.

If they are not, someone hits the big red button, a bunch of people swarm over to his house (many of which know him), a bunch of process control records get audited, and a bunch of card decks hit the incinerator. His eyes can’t tell you which jack is smiling more than the others, but his hands and fingers can tell which cards are thicker on one edge than another, or which cards are more “bendy” than they should be — things the machinery may not catch. And he’s widely regarded as the best there is….which is why multiple companies pay his fee and ship him cards.

The stuff he does for performances is just for fun. He can shuffle a deck six or seven times and put it back in factory order, or shuffle a deck three times and tell you which card will be the twenty-second dealt. He sees the cards perfectly in his mind without the distraction of vision.

I do wish our dear Zoe could “see” him perform…..because sighted people have a problem even describing it.

And thanks for the education on Chartreuse.
I may have to try it…it sounds good!

It is wonderful as a medicinal. Can be a bit too much as a couple drinks on its own. Don’t ask me how I know. 🤣

According to Dr Malone it is the ADVISORY BOARD to the FDA that said NO! to the booster. However they are only advisory. On top of that they were never seated when the FDA approved that vaccine in the EU (Germany?)

469
0
Would love your thoughts, please comment.x