This FEARLESS FRIDAY and Juneteenth open thread is OPEN – VERY OPEN – a place for everybody to post whatever they feel they would like to tell the White Hats, and the rest of the MAGA / KAG! / KMAG world (KMAG being a bit of both MAGA and KAG!).

Please also consider the Important Guidelines, outlined here in the OLD January 1st , 2019 open thread. Let’s not give the odious Internet Censors a reason to shut down this precious haven.

Let’s start with tonight’s header image, which is now a permanent feature in the sidebar, where it looks like THIS:

The public support for OANN is my following the lead of SUNDANCE:

OAN is great news – and you can see that they have now fully taken on Soviet Fake News.

Delicious. Enjoy some TERRIFIC and TRUE OANN, which TERRIFIES the leftists.

And speaking of this picture…. where is it from?

Check this out. One more reason the hoax is falling apart.

Watters is on the money here. CLASSIC Watters. ASSESS THE SITUATION.

Am I still a big fan of Kellyanne? OH YEAH…..

TAKE NO PRISONERS – that is how it’s done. Speaking of which…..

Yeah, seriously, Columbus, Ohio, is taking down their Columbus statue. The Deep Blue Murder Zone Soviet Mayor Andrewchevskii Gintherov will announce the RENAMING of the city soon, no doubt.

Lies, damned lies, and statistics. What she does here is HOAXING with DATA.

You’re supposed to think the US numbers are bad “because big, long, AREA, MAN”.

See if you can catch the lies. Answers below.

Have a great weekend, a great JUNETEENTH (hopefully soon to celebrate the end of Democrat slavery TWICE) and GET READY TO RALLY!!!

Crowder is p.o.’d. The frustration with all of it is real.
Like Tucker calling on POTUS and gop but adding in Christian passivity (now considering the calls for blm submission).
Unfiltered☢Americano / Law And Order Now!!! 🇺🇸 (@hrtablaze) Tweeted:
This is the best video on Twitter, hands down! This is exactly how I feel.
https://t.co/JFMv8oc6Wv

This is the best video on Twitter, hands down! This is exactly how I feel.

Yes, I agree, 100%.
It’s time to flip some tables, and show some righteous anger.
This Mr. Nice Guy shit has gone on long enough. 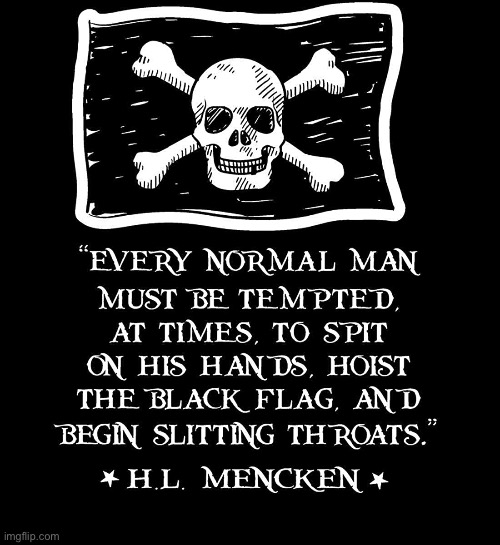 Yes ma’am. Far far too long. Weve got four cheeks and theyve been turned time and again. Table flippin for sure!

Dear diary,
I couldn’t help it. Once again, today I was all…

I could watch that all night. Lolol

INBOX: Trump to nominate the chairman of the SEC as the new U.S. attorney for SDNY. pic.twitter.com/DkNnFB8Pcm

Something to do with the Traitor’s book??

For instance, Bolton says Trump told Turkey's president that he would clean house at Berman's office and put his own "people" in charge so that they could derail an investigation into a Turkish bank.

This shows what a nutjob Berman is — refusing to step down from a job he was never even approved of by the Senate, converting a temp appointment by the court into unilateral control he delegated to Trump hating prosecutors. https://t.co/knFU6NGtdK

A petition has been made with hopes of changing the city’s name in St. Louis and taking down a statue of its namesake, Saint Louis IX in Forest Park.
Radical Islamist and Far Left Activist Umar Lee Launches Petition to Rename St. Louis City
https://www.thegatewaypundit.com/2020/06/radical-islamist-far-left-activist-umar-lee-launches-petition-rename-st-louis-city/
*Shrugs* I give up with these idiots!!!!

I know. But…
DC’s pro football team is still called the Redskins.

Angel at the Gates of War
Offline

I have posted this video before.

I and others are like these little girls…
Lost…wandering, wondering…barely surviving and struggling to get to a place of safety.
Being bombed by hatred…
Having barely survived the wicked hatred and evil intent…of so many things, institutions…yeah…all of that…
Pay attention to this thing…
Coming to a neighborhood and a nation close to you…
If you have not been there…done that personally…pre-1989…other places of the evil powers trying to enslave us again today…
You will begin to know and recognize this kind of thing…
It is coming…
Don’t hope in man..
Hope only in God!
Anything else is insanity and futility!

I have an idea…

For all these people who don’t want any police, I’d love to meet with American Airlines, Delta, and Southwest and make a deal to fly them to countries that don’t have police. I want them to be happy! @CNN @FoxNews @DonaldJTrumpJr @POTUS @espn

#BLEXIT will NEVER support criminals, we will always #BackTheBlue, and we will forever defend the many minorities throughout this country who work hard, and want opportunities.

In honor of #Juneteenth,

I’m pleased to introduce these 2 Republicans running for office in Baltimore. @kimKBaltimore is running for Congress in MD07 & @Wrightforbalti1 is running for mayor.#HappyJuneteenth pic.twitter.com/TZuoqmhMso

Then, they used their elected offices as mayors, council members, & sheriffs to keep us locked inside, while rioters destroyed our businesses.

When President Trump is re-elected, they will riot, again.

Take away their power. Vote.

What would we do without him?

I’m not stopping for a gosh dang second:

They want to rename Ohio?
The comments rock
https://www.breitbart.com/news/petition-calls-for-columbus-ohio-to-be-renamed-flavortown/

Great comments!
My nominations are Pinochet Falls and Cankleburn.

585
0
Would love your thoughts, please comment.x